This site uses cookiesClick here to remove this messageMore information
Welcome to Silversurfers - features, offers, news & social forums for the over 50s...
Silversurfers
Log In Join
Silversurfers
Menu
Articles
Articles Best Of The WebTravelDiscovering India in the 21st century 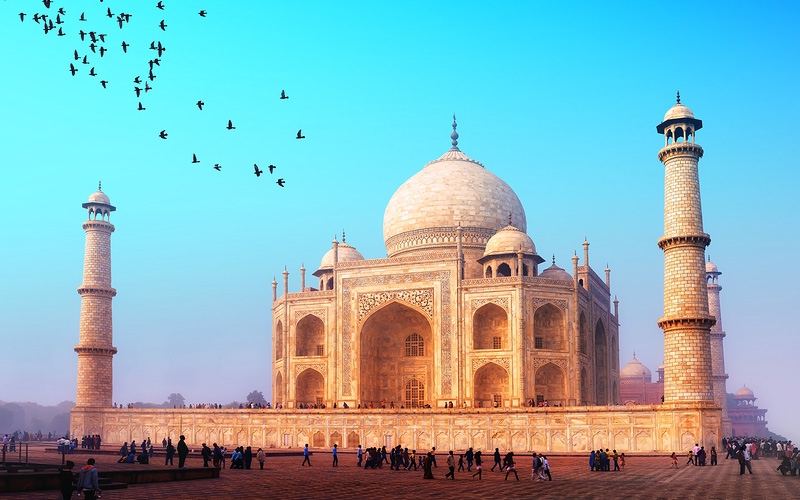 Discovering India in the 21st century

Despite the prominent role it played in Great Britain’s colonial history, India remains a country that’s still largely unknown around the world. For many people, holidays in India conjure up images of the Taj Mahal on the one hand and beach-side huts in Goa on the other.

But in truth, India has much more to offer travellers than this. In the last few decades, its cities have become buzzing metropolises and some of its lesser known historic attractions are being put on the map by intrepid travel bloggers. So, even if you’ve visited India before, you can be sure there’s always more to see.

South India is one of the country’s more under-explored regions, but it’s slowly growing in popularity in the 21st century. Many travellers, for instance, have begun to eschew the crowded beaches of Goa for the more untouched coastal region of Kerala, right on the southern tip of the country. Keralan cuisine, which is seafood-heavy, also attracts food lovers. And if you’ve always dreamed of staying on a houseboat, the tranquil Keralan Backwaters offer the ideal place to do so, as writer Michael Kerr explains in this Telegraph article.

For travellers on the lookout for cultural enrichment, Madurai is a must-see. Located in the southern state of Tamil Nadu, Madurai is one of India’s great temple towns, attracting pilgrims and tourists by the thousands. It’s a historic centre of Tamil culture and learning, and is teeming with landmarks, the most famous being Sri Meenakshi Temple and Tirumalai Nayak Palace. This Lonely Planet guide to Madurai may be particularly helpful for first-time travellers.

Another must-see in Southern India is Hampi, a UNESCO World Heritage Site in the state of Karnataka. Hampi was once the capital of the Vijayanagar Empire and its stunning ruins are fast becoming one of the most sought-after attractions in the whole of India. Beware: Hampi’s climate is very hot and dry so take plenty of water and sunscreen with you, and try to time your visits for early morning or late afternoon.

With major landmarks like The Golden Temple in Amritsar, the Taj Mahal in Agra and the Pink City of Jaipur, north India has a much more well-established travel profile around the world. But there are still plenty of attractions in this region that aren’t as well-known as they should be. The city of Jodhpur, for instance, is overflowing with historic palaces and markets. Overlooking the city is the imposing Mehrangarh Fort; it featured in parts of the 2012 Batman film, The Dark Knight Rises, and is well worth a visit.

Elsewhere, the romantic gardens, palaces and lakes of Udaipur make it an essential stop-off for couples travelling in north India, and Varanasi on the River Ganges is a must for anyone who wants to learn more about the country’s spiritual side. Further north, Kashmir – sometimes called ‘Heaven on Earth’ – is home to breathtaking scenery. However, this beautiful state is still a contested territory between India and Pakistan, so beware of the security situation before planning a visit there.

With so much to see – and so many people around you – India can be overwhelming. Specialists like Greaves India can take the hassle out of organising trips to the country, whether you’re planning to go south, north, east or west.

The contents of this article are for reference purposes only. Articles are published by us without any knowledge or notice of the circumstances in which you or anyone else may use or rely on articles or any copy of the information, guidance or documents obtained from articles. We operate and publish articles without undertaking or accepting any duty of care or responsibility for articles or their contents, services or facilities. You undertake to rely on them entirely at your own risk, and without recourse to us. No assurance of the quality of articles is given or undertaken (whether as to accuracy, completeness, fitness for any purpose, conformance to any description or sample, or otherwise), or as to the timeliness of the publication.