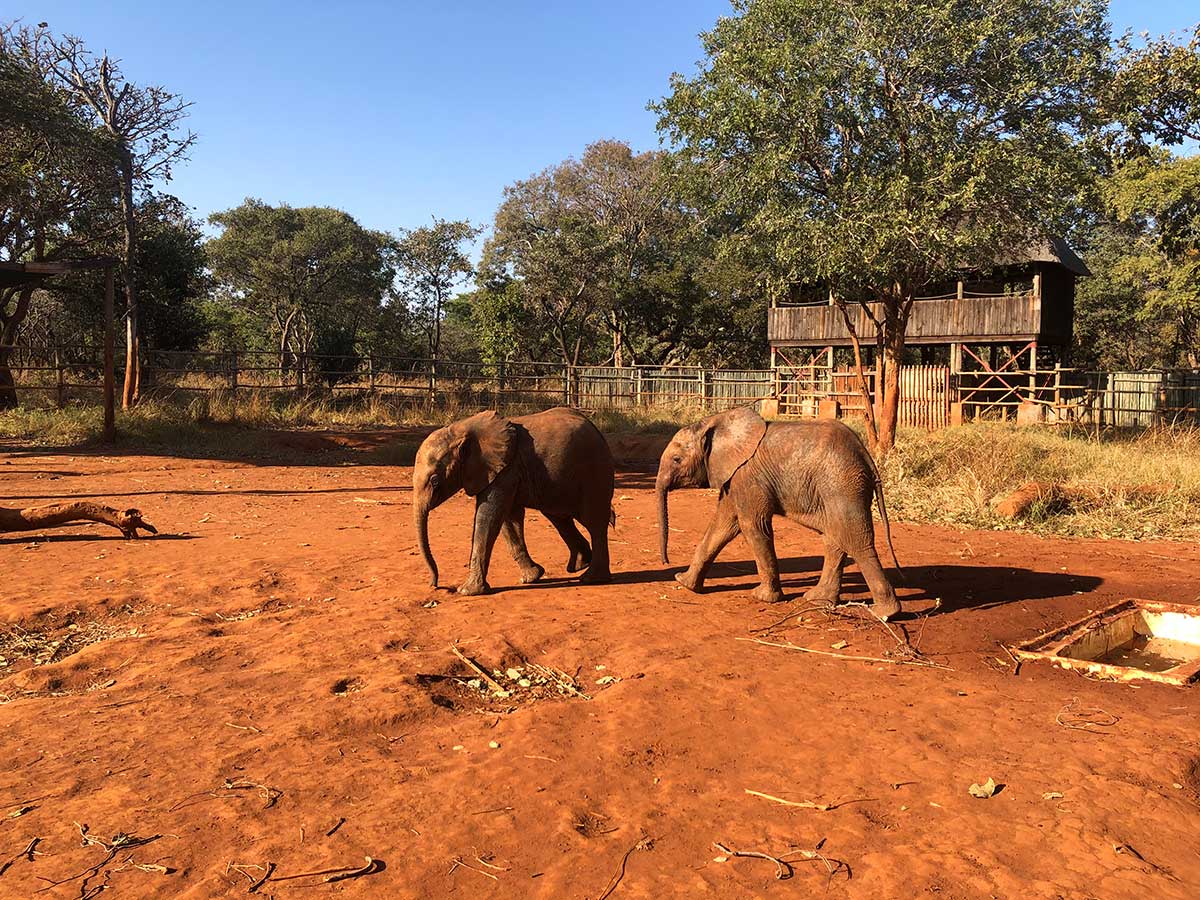 Tragically, these elephants had been orphaned as a result of human-elephant conflict. The two calves had been separated from their mothers when the herd entered community lands, as the terrified residents tried to chase off the startled elephants.

Working with the government wildlife department, GRI, after trying everything, was sadly unable to reunite the little ones with their herd. The vulnerable orphans would not be able to survive on their own, so it was vital to do everything possible to protect them. After a long journey via road and air, both calves were safely taken to the Lilayi Elephant Nursery (LEN).

We are delighted to report that the two brave orphans are doing well, feeding and starting to socialise with the rest of their surrogate herd at the Nursery.

Named Mbila and Shezongo (Zongo) by their Keepers, these precious elephants will one day be returned to the wild. Until then, they will receive around the clock care and gallons of special formula milk as they slowly recover from their traumas and adapt to their new surroundings.

It is only thanks to support from organisations and people such as you that we are able to maintain support for projects such as GRI-LEN that protect African elephants.

New arrival at the Elephant Orphanage!