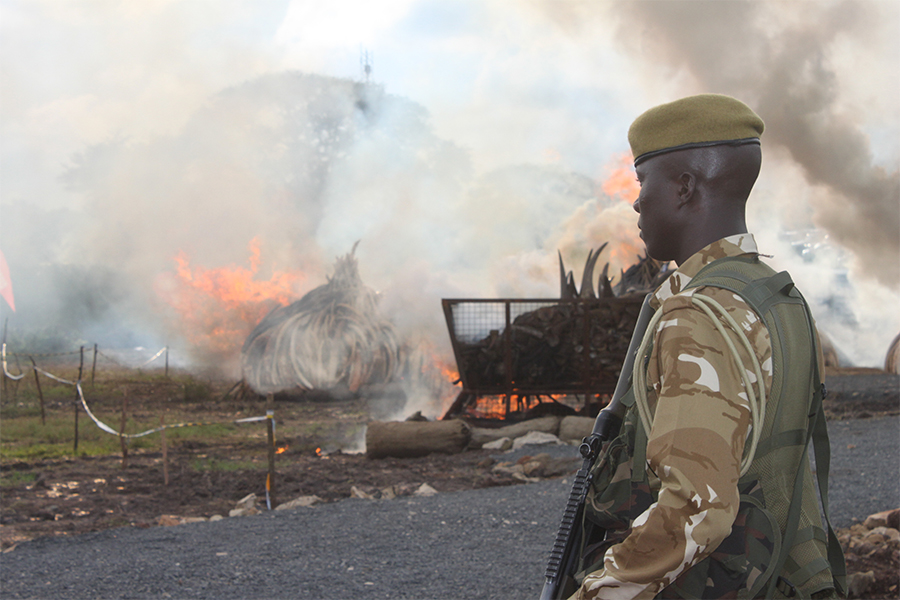 On Saturday 30th April ivory representing over 8,000 elephants was burnt in the presence of state leaders, conservationists and the world’s media. It was the largest burn in history.

The incinerated ivory amounted to a procession of elephants 50km long, trunk to tail, and provided a sobering and stark reminder that an unsustainable war is being fought across Africa. A war on poaching where the cost is life – the lives of the rangers fighting on the front line and the lives of these magnificent creatures we are driving to extinction.

Forming part of the pyres was ivory artwork, official gifts from the Government State House, the ultimate statement that elephants are worth more alive than dead. 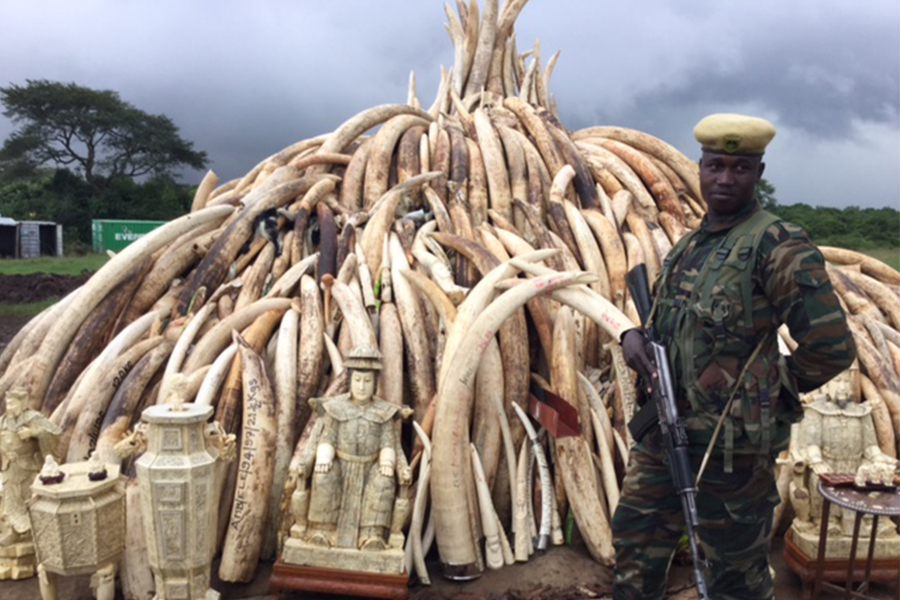 The illegal ivory trade is a multi-billion dollar industry fueled by greed and corruption. Ivory is quite simply a conflict commodity with demand stimulating death, destruction and instability.

With one elephant being killed every fifteen minutes as part of this devastating and abominable trade the ivory burn highlighted the need for those in positions of power to take a more public and hard line stance on the international poaching epidemic, something we, at the David Shepherd Wildlife Foundation, are lobbying hard for.

Segolene Royale, French Minister, was one of the advocates in the room calling for tougher laws and stronger protectionist policies. Addressing the audience she said “You can count on me in the fight to curb the demand for Ivory. I am going to set a ban on any kind of ivory trade in France and I am calling on other EU member states to do the same”

In September this year the member countries of CITES, The Convention on International Trade in Endangered Species, will meet as they do every 3-4 years to determine trade bans or exemptions of the worlds most endangered animals. Speaking after Royale, John E Scanlon, Secretary General for CITES added “This is like any other crime. You cannot hide, you cannot store them and even a thumbnail of ivory we will get you and we will punish you.”

Ivory is one of the most topical and controversial areas for debate but whilst markets remain open, trade exemptions exist and loopholes are exploited, ivory will forever have a price tag driven by an insatiable and unsustainable demand.

As we head into the crucial trade talks in Johannesburg this September there needs to be a coordinated effort to ensure permanent protection for elephants sending a clear and unambiguous signal to the world that the ivory trade is unacceptable.

As the fires continue to burn long into the Kenyan night let us pay our respects to the elephants that we were too late to save, however we are optimistic that this historic event may change perceptions of world leaders and help lead to a total and complete ban of the ivory trade.

For this bespoke appeal to Silversurfer readers there are a number of ways you can help support our work protecting elephants and other endangered wildlife: 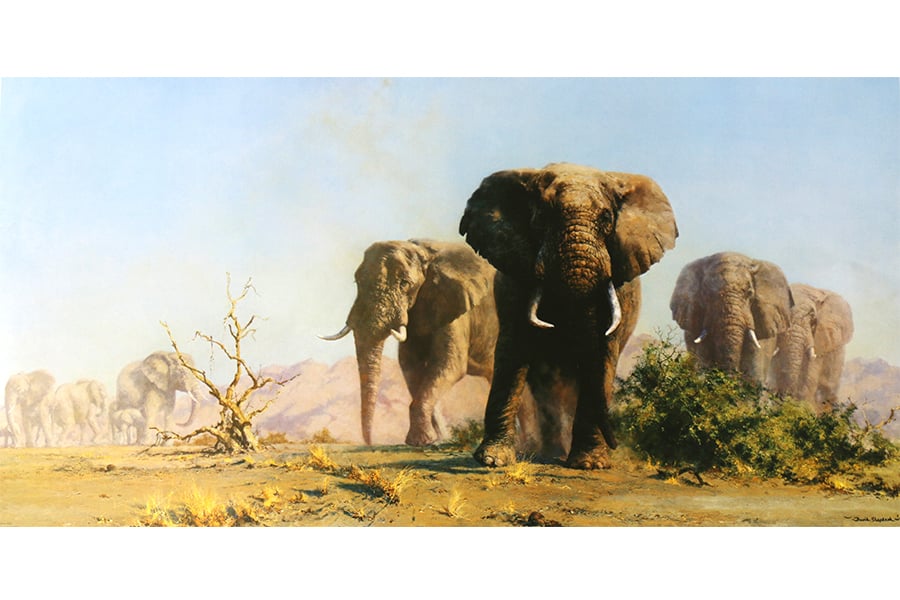 All funds from artwork sales go directly to helping save endangered wildlife.

For more information on how you can support our funding for the Elephant Orphanage Project in Zambia, a project which provides safety and round-the-clock care for infant elephants whose mothers have been killed for their ivory.

As prices soar, here are 13 tips for reducing your energy use at home

Want to attract wildlife to your garden? Homemade seed bombs could be the answer
JOIN SILVERSURFERS AND...