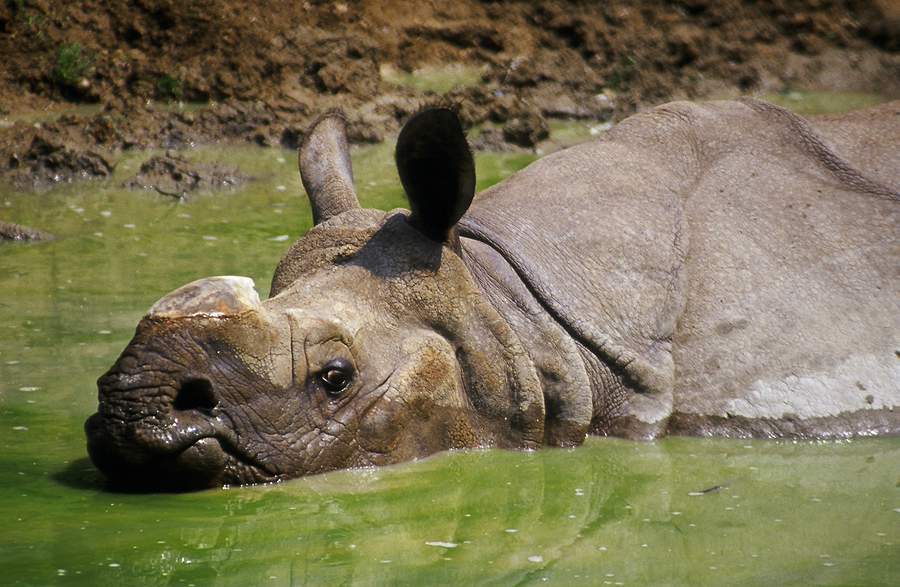 When two would-be rhino poachers triggered a camera trap in Kaziranga National Park, Assam, India, they were quick to react by ripping the cameras out of the ground and throwing them into the deep water nearby.

No one, they must have thought, would retrieve the evidence. No ranger perhaps, but they had overlooked Jorba – one very special, very well-trained dog supported in the UK by the David Shepherd Wildlife Foundation (DSWF).

“We soon realised that two camera traps were missing and sent Jorba, with his handler Anil, to investigate,” explains Bibhab Talukdar of the DSWF supported Aaranyak Society that works to project endangered species in Assam. 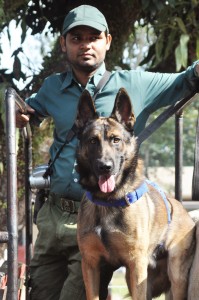 Jorba was soon on the scent and one of the camera’s was fished out of the water. It was a great result but, even better, the pictures inside remained undamaged and clear images of the poachers were soon in the hands of the investigators.

“We are delighted with the result and are following up enquiries to bring these poachers to book,” adds Bibhab.

Since Jorba was introduced to the wildlife crime investigation team in Kaziranga he has helped secure the arrest of 30 poachers. A great result made possible through the generosity of DSWF supporters and, of course, the skill of Jorba and his handler.

Kaziranga National Park is a UNESCO World Heritage site and is home to the largest remaining population of Indian one-horned rhino and is a stronghold for the beautiful Bengal tiger. Ironically, the presence of the rhino, which are slow and easy to track by poachers, means that the tigers live in relative safety. Sadly, 2013 has started badly for the rhino with 21 already lost to poachers keen to cash in on the soaring price of rhino horn which can fetch up to £40,000 a kilo on the black market. The coming monsoon will also put the animals at risk as the water levels rise in the park forcing them out to higher ground and into the path of poachers. 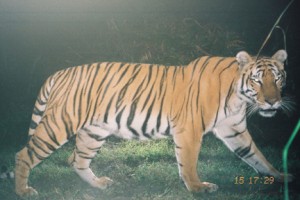 “We are always ready for the monsoon and have crisis teams in place but poaching is not going to go away and it has to be restricted,” says Bibhab Talukdar. “If the current rate of poaching continues it will surpass all previous records, nullifying the conservation work done over the past three decades by a dedicated team of foresters.”

Camera traps are now used to count the number and variety of animals living in one space. In Kaziranga, as in other national parks throughout India, they are used mainly for the annual tiger census but are important for capturing information about the other animals in the park too, including prey species. As tigers have different stripe patterns on each side, two cameras are set up opposite each other so there can be no doubt that you are recording the right tiger! The David Shepherd Wildlife Foundation funds the camera’s in Kaziranga which sometimes have to be replaced either because a poacher throws them into deep water or an elephant gives them a kick – which they love to do!

THE RISE OF RHINO POACHING

In 2012, 668 rhino were killed for their horn in South Africa alone. The crisis has been spiralling out of control as the price for rhino horn soars to £40,000 per kilo. The rhino horn trade is illegal  but still it continues. Many believe, wrongly, that rhino horn can cure different illnesses from hangovers to cancer. But rhino horn is made from Keratin – the same stuff that your hair and fingernails are made of.

How to attract beautiful dragonflies to your garden

How to help butterflies thrive in your garden
JOIN SILVERSURFERS AND...