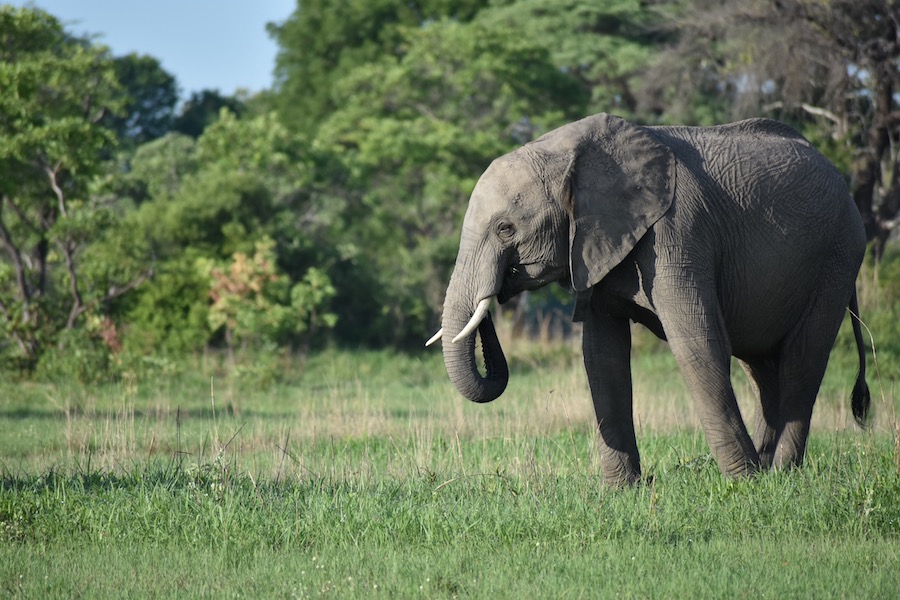 During observations conducted on the bush walks and time within the boma, Tafika has exhibited many dominant behaviours. For example, during one early morning bush walk, he spotted two male impalas running and sparring throughout the plain. He took off after them, with his ears out and head angled upwards, forcing them out of his space. He has also been observed exhibiting his dominant position within the herd hierarchy by trying to mount Kavalamanja, the youngest female of the release herd.

Although Tafika is growing into a serious adult bull elephant, he continues to reveal his more playful side. Earlier this month, as the other elephants were preparing for the morning walk standing patiently by the boma gate, Tafika plopped down on the ground right in front of the exit, as though he was hitting the snooze on his morning alarm. He can also be seen playing in the boma pools every day at lunch with his surrogate siblings, usually initiating the mud bath play sessions! Tafika’s unique playful personality and growing confidence demonstrates his healthy development within the release herd.

We look forward to sharing more stories about Tafika’s exploits with you in the year ahead! If you’re interested in learning more about this iconic species or the other animals that we work hard to protect please visit our website.