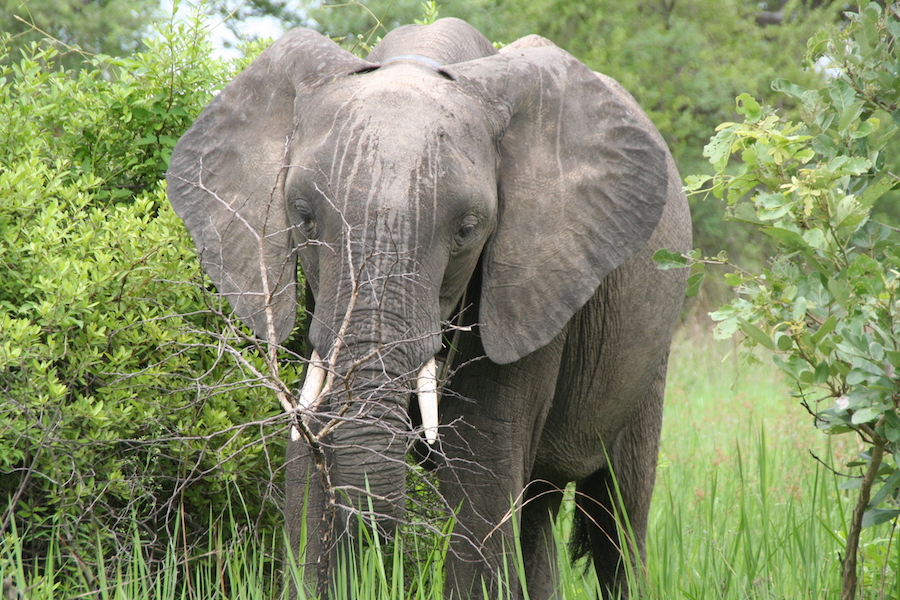 Over the past month, Tafika has found a confidence that he has been struggling to find for some time.

Usually happy to stay within the safety of the protective boma with his younger surrogate siblings, he recently took an encouraging step, exploring his surroundings with Batoka – fellow release-phase orphan, away from the rest of the herd!

Tafika and Batoka separated from the herd during a morning bush walk. The keepers assumed that they would return but much to their surprise, the pair wandered off into the distance together. If this had happened with the younger orphans, the keepers would have been concerned and called for them to return but since Tafika and Batoka are at the release-stage of their rehabilitation, their independence is encouraged.

The time came for the keepers to guide the herd back to the boma where they would settle down for the evening, but Batoka and Tafika were nowhere in sight. The team tracked their movements via an online programme that is synced to their GPS collars, which showed that they were freely moving around the areas surrounding the camp. They spent the entire night away from the boma, only returning in the morning.

After all of the excitement, Tafika decided to stay in the company of the other orphans the following night, whilst Batoka ventured off with the herd matriarch, Chamilandu.

Tafika’s outing is a significant step for him, as it indicates that he is gaining more independence as time goes by. The team hopes that he will join Batoka again for another adventure soon, but right now he seems to be content in his familiar surroundings with the other orphans, whilst the dedicated keepers keep a watchful eye over them.

We look forward to sharing more stories, habits and personality with you in the year ahead! If you are interested in learning more about this iconic species or the other animals that we work hard to protect please visit our website