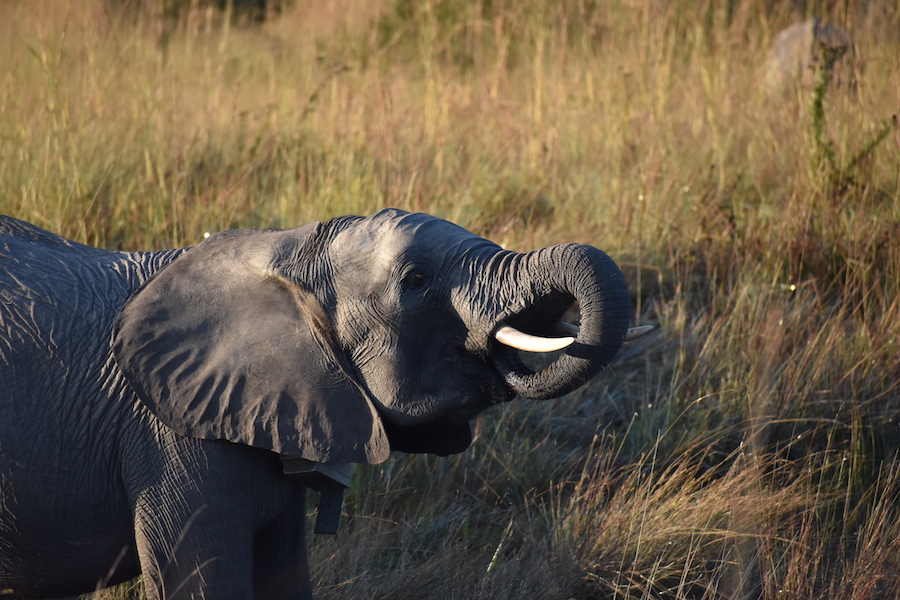 This month marks Tafika’s nine-year rescue anniversary, which is a significant milestone in his rehabilitation!

At the fragile age of just nine months old, Tafika was sadly separated from his herd as they entered a village in South Luangwa in Zambia – likely searching for nutritious food resources in farmlands and potentially resulting in crop-raiding.

As the villagers chased the herd away to protect their livelihoods, little Tafika fell into a pit latrine and was unable to escape and keep up with his family as they fled. He suddenly found himself all alone and frightened, but was luckily rescued by the Department of National Parks and Wildlife (then known as the Zambia Wildlife Authority).

This tragic separation from his herd meant that Tafika had to build a new life and this was made possible thanks to the rescue team. He was small enough to be flown to the Elephant Orphanage Project (EOP) in Lilayi in September 2009. At such a young age, Tafika was milk-dependent and would not have survived without the help of the keepers and a specialised milk formula.

Nine years on and Tafika is thriving at the Kafue Release Facility in Kafue National Park. He has formed close bonds with many members of the herd, specifically release-phase orphans Chamilandu and Batoka.

He has established his dominance towards the younger males of the herd, which is normal elephant etiquette, as he affirms his social ranking. His growing independence and occasional interactions with wild elephants in the area should arm him with the confidence to integrate with a bachelor herd in the wild one day or enable him to feel comfortable enough to venture off on his own as a solitary bull. However, Tafika is not quite at this stage yet as his bonds within the release herd keep him close.

In the near future, he may well choose to explore his wild environment away from the herd more frequently, most likely in the secure company of Chamilandu and Batoka.

We look forward to sharing more stories about Tafika’s rehabilitation journey with you in the months ahead! If you’re interested in learning more about this iconic species or the other animals that DSWF works hard to protect please visit our website .