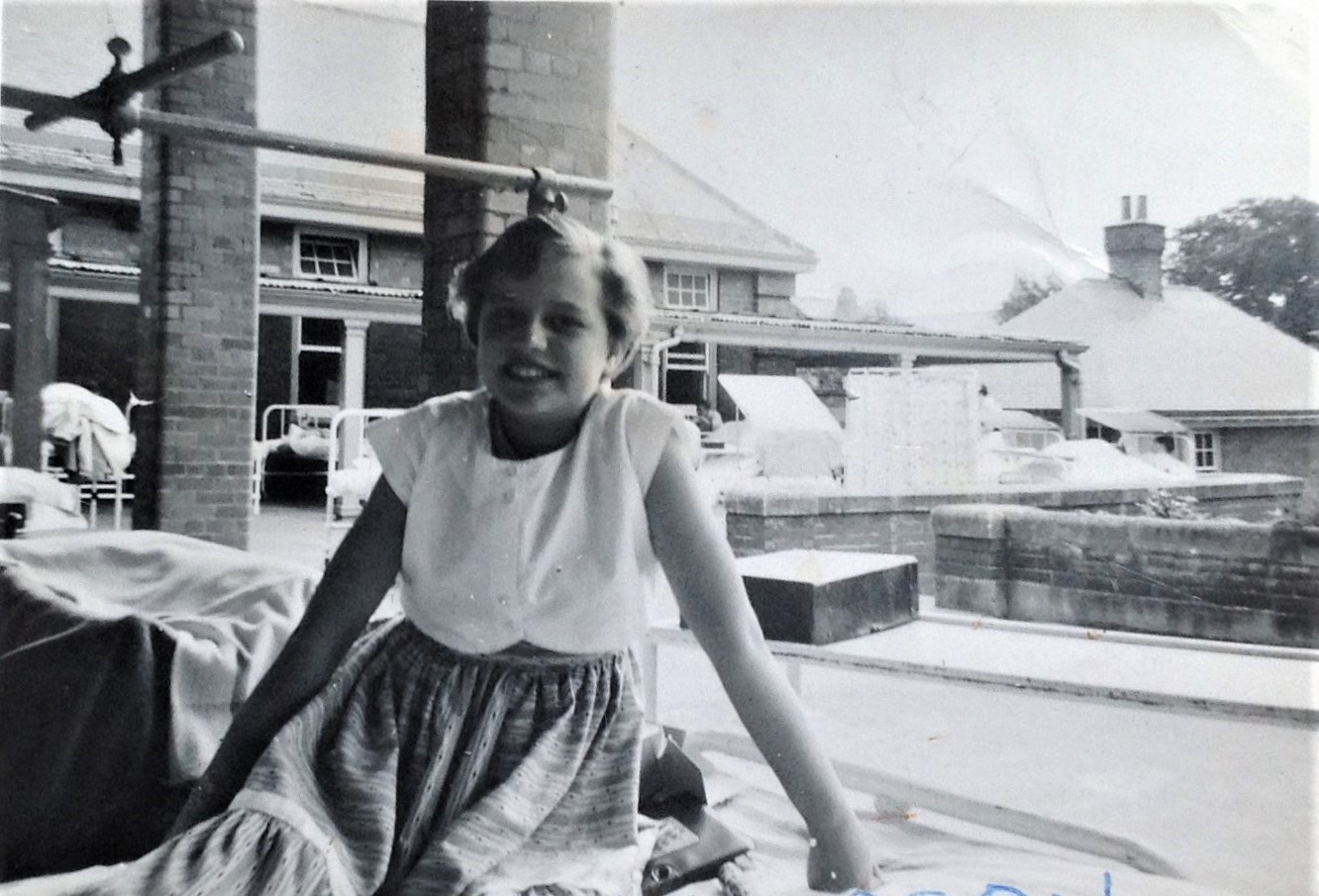 ‘It’s still so vivid in my memory. The year of 1956. For one thing, it was 5th November. I missed out on the bonfire and fireworks.

‘I had flu-like symptoms, and by the evening I had lost all movement in my muscles.

‘But it wasn’t the flu. I had contracted polio’.

At first, both she and her brother showed symptoms of the flu. As her brother recovered, Kathryn did not. Soon, she was totally paralysed and could move only her eyes and wriggle her toes. She was 11 years old.

‘I had the same lessons in hospital as I would have done at school, but we were mixed with all ages. I remember that we had to make a shoe bag. But none of us had any shoes. And Anne, she didn’t even have any legs!’

‘I wasn’t in an iron lung, but others were. One thing I’ll never forget. The cleaner coming into my ward and saying grimly ‘Those things. They look like coffins.’

Despite the challenges she faced, Kathryn was determined not to let anything stop her pursuing her interests. In her forties, she achieved first class honours in English Literature from Durham University and has since written this poem.

My body a temple? Nah.
More like a ramshackle old shed
or rusty caravan with wonky
wheels, that hardly moves.
But I like it, my body, admire it even
though it’s odd.

It’s stood me in good stead
though I’ve hardly got a leg to stand on.
I’ve had a skinful, mind full, life full,
a life I live inside
this crooked, creaking, cracking body
that hears the tears and laughter of the world, that smells
the blossom and the crap and feels
the kicks and the caresses and tastes
bitterness and the bliss of kisses and sees
the joke and knows that this is it, so catch it while you can.

I’m thankful for my body
with its weakness and scoliosis, my body
that carries surgeons’ scars, has carried
callipers and crutches and kids,
that has born up under ailment, bewailed
the loss of babe and womb and breast
though that was best in order to survive.
And I’m alive. Somebody.
Some body!

Today, Kathryn uses a wheelchair as she now has post-polio syndrome, a condition in which muscles weaken once more, and mobility is again affected.

She says, “It’s exciting that the polio virus can be eradicated. I hate the thought that people, especially children, are still getting polio. The whole world can be free of this disease, and it will be — with One Last Push!”

As Kathryn puts it: the world is almost polio-free, and it will be. In 1988, there were around 350,000 cases of polio across the world. Last year, there were only 22 cases of wild polio worldwide. It is within our grasp.

vaccination campaigns are targeting countries that are at risk of reinfection; and with progress being made all around the world, the polio virus remains endemic to only three countries: Pakistan, Afghanistan and Nigeria.

All it takes is One Last Push.

Are you interested in signing up to the One Last Push campaign? If so, you can pledge your voice www.onelastpush.org to help make sure that no child ever has to suffer at the hands of polio again. We will never ask you to donate money. Sign up to show your support for polio eradication and for those who are making it happen.