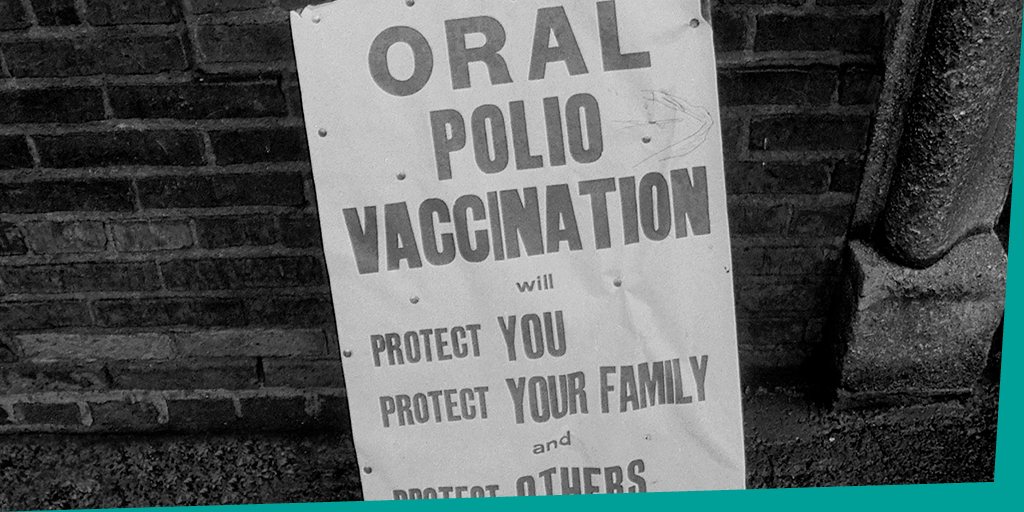 On the 60th anniversary of his death, Birmingham remembers the story of a young footballer whose passing would mark a critical moment in the fight against polio.

On 4th April 1959, the nation was shocked by the sudden death of Birmingham City FC’s star right-back player, Jeff Hall, from polio. It was this tragic event that would prove to help kick-start a nationwide surge in inoculations for the disease.

The week started like any other for the fit 28-year-old. Hall made his 227th league appearance for the club in which Birmingham City drew in a tense match against Portsmouth and even went to watch a five a side match for a team he was coaching. However, after complaining he was having difficulty swallowing, Hall was eventually diagnosed with polio two days later and within a fortnight he was dead.

After a public appeal made by his wife Dawn, the public came out in droves to receive the vaccine; with many remembering queues stretching round street corners. There were reports of employers in the Birmingham area offering employees vaccinations at work. Amazingly, even youth clubs and dances became a venue for inoculation, during which music was paused so that those present could receive injections mid-dance!

Indeed, the public response was so great that by 16th April local authorities were reporting a shortage of the vaccine, and by 22nd April, clinics in Birmingham and as far as Manchester were having to close their doors as they had no vaccinations left.  Finally, new supplies had to be flown in from the United States to satisfy the demand. This is the same country where, over the course of the previous year, only 53% of children in England and Wales who were entitled to vaccination had received the vaccine.

Fast forward 60 years, this week Birmingham celebrates World Immunisation Week and the legacy of Jeff Hall. As part of this, One Last Push – a campaign committed to global polio eradication – will be hosting an exciting programme of activities across the city to celebrate Birmingham’s historic commitment to the world-wide effort to rid the world of polio.

These include: the unveiling of a mural of Jeff Hall in Digbeth, which has been visited and signed by a player of Birmingham City FC as a sign of the club’s support, an exhibition of local and international art in Birmingham New Street, as well as an event attended and hosted by polio survivors, Anne Wafula Strike MBE and politicians, to exhibit stories of polio survivors from Birmingham and around the world.

To show your support for this campaign to eradicate this disease, sign up at onelastpush.org.

Or if you, or someone you know has experienced polio and would like to share your story, please email [email protected]