This site uses cookiesClick here to remove this messageMore information
Welcome to Silversurfers - features, offers, news & social forums for the over 50s...
Silversurfers
Log In Join
Silversurfers
Menu
Articles
Articles CharitiesWalking With The WoundedHow the ‘Over 50’ tortoises beat the hares in The Cumbrian Challenge 2015 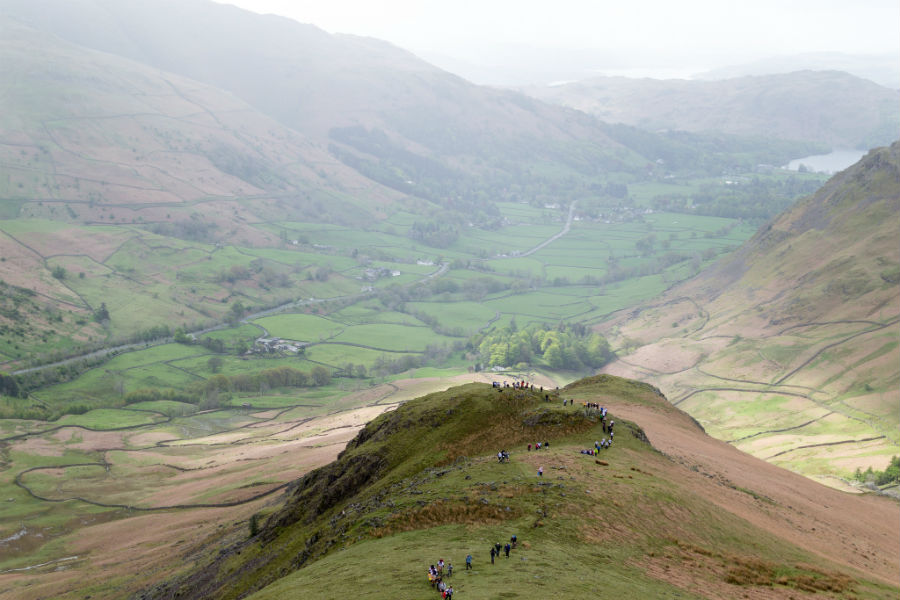 Why not let Ronnie Bowran team’s success inspire you to sign up for this fun and testing weekend on 13-15 May this year?

It was the old story of the Tortoise overtaking the Hare as Ronnie Bowran’s ‘Over 50’s team from RBS’s corporate division in Manchester and Leeds won the ‘Tougher’ route for the Cumbrian Challenge 2015. 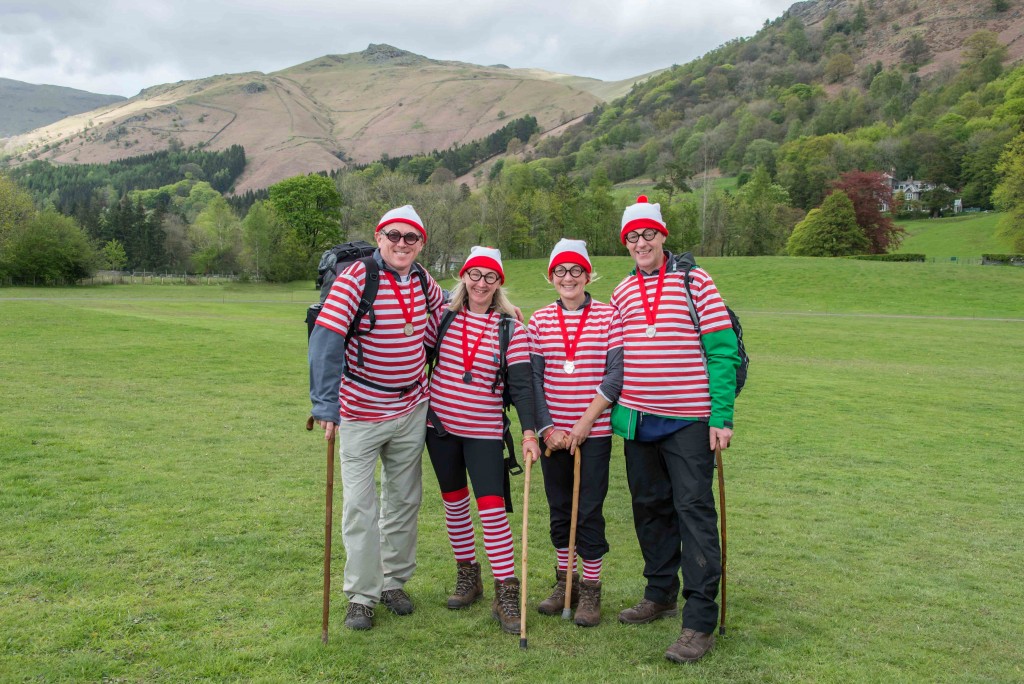 All experienced walkers, Ronnie’s team were still enjoying bacon butties as groups of four set off up the Fells.

Ronnie said: “With a start time window of between 7.30 and 8am we felt no pressure to rush into the challenge.”

Once the bacon butties were finished and the last dregs of tea drunk Ronnie’s gang set off on a more leisurely pace, admiring the views of the pretty village of Grasmere but heading out on a back road towards the first summit of the day Steel Fell.

Their strategy of conserving energy and not pushing the pace meant that they soon started to overtake teams that had started earlier.

Ronnie continued: “Steel Fell at 1,814ft is a Wainwright. It is in a great location with excellent views around the Central Lakes but it has a brute on an ascent up its South Ridge directly to its summit and the teams were quickly realising what the challenge was all about – though several members did gain additional motivation trying to catch three teams of Army Nurses!! 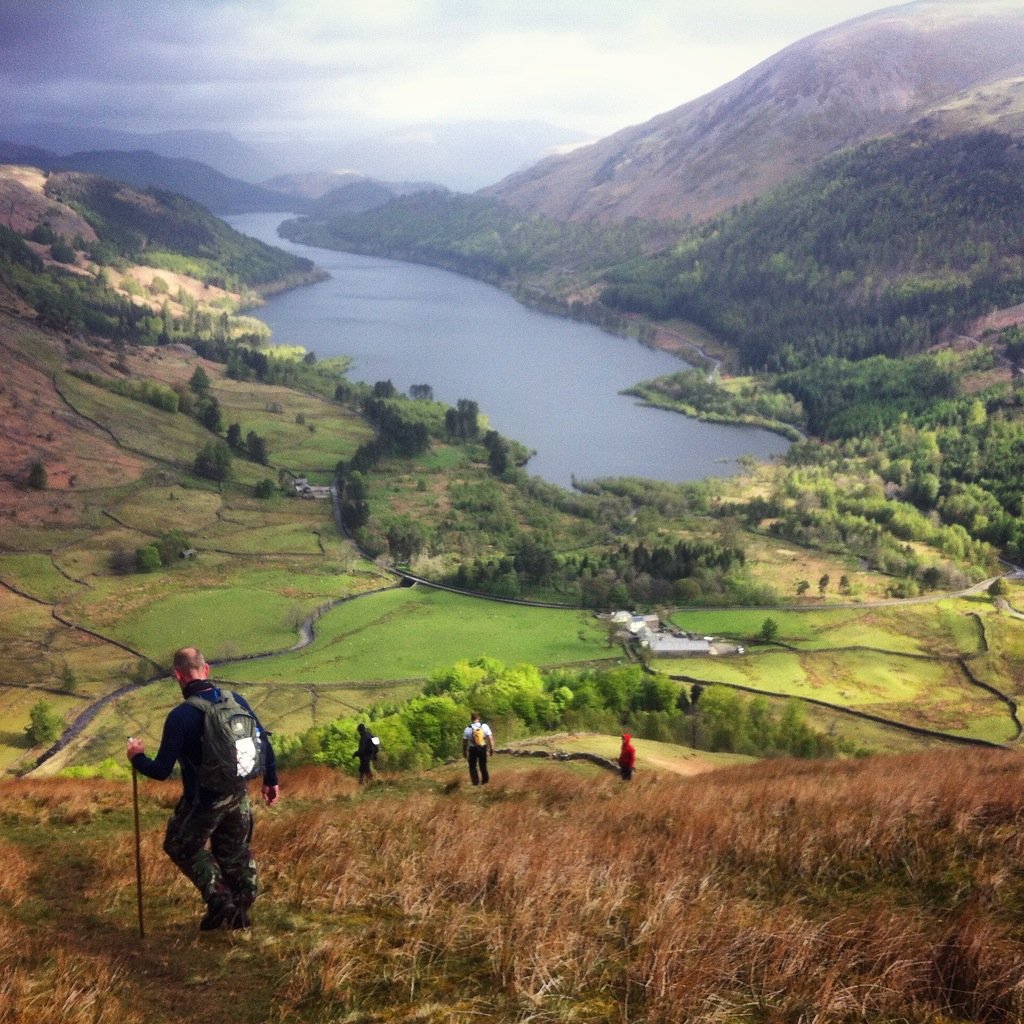 “We arrived at the next checkpoint at Dunmail Raise and crossed the main A591. A quick water refill and we were off again on the next up hill slog to the high point of the route Fairfield at 2,864ft. At first this was a pretty walk by the side of a cascading stream and then across the fell close to Grisedale Tarn then the final steep ridge onto Fairfield.

“We left Fairfield in the direction of the next summit Hart Crag and suddenly realised that we had overtaken every other team in view! By the next checkpoint on Hart Crag there were only seven teams in front – most of which were the super-fit Army teams. We were so inspired by how well we were doing.

“There is always a sting in the tail of any route and now we hit it, a 700ft re-ascent to the final summit of the day in Red Screes at 2,546ft. A quick lunch break at the top and then the long descent in Ambleside.

“A couple of checkpoints at Ambleside and we were on the final leg – the Coffin Route back to Grasmere.

“The final descent was soon upon us and we jogged down the road past Wordsworth’s Dove Cottage to arrive jubilantly on Grasmere’s sports field and the finish line with a welcome cold beer waiting for us.“

Will you run to victory and complete the Cumbrian Challenge with us this year? It costs from £175 to £250 per team and aims to raise more than £200,000. Each team which takes part supports a wounded veteran back into work.