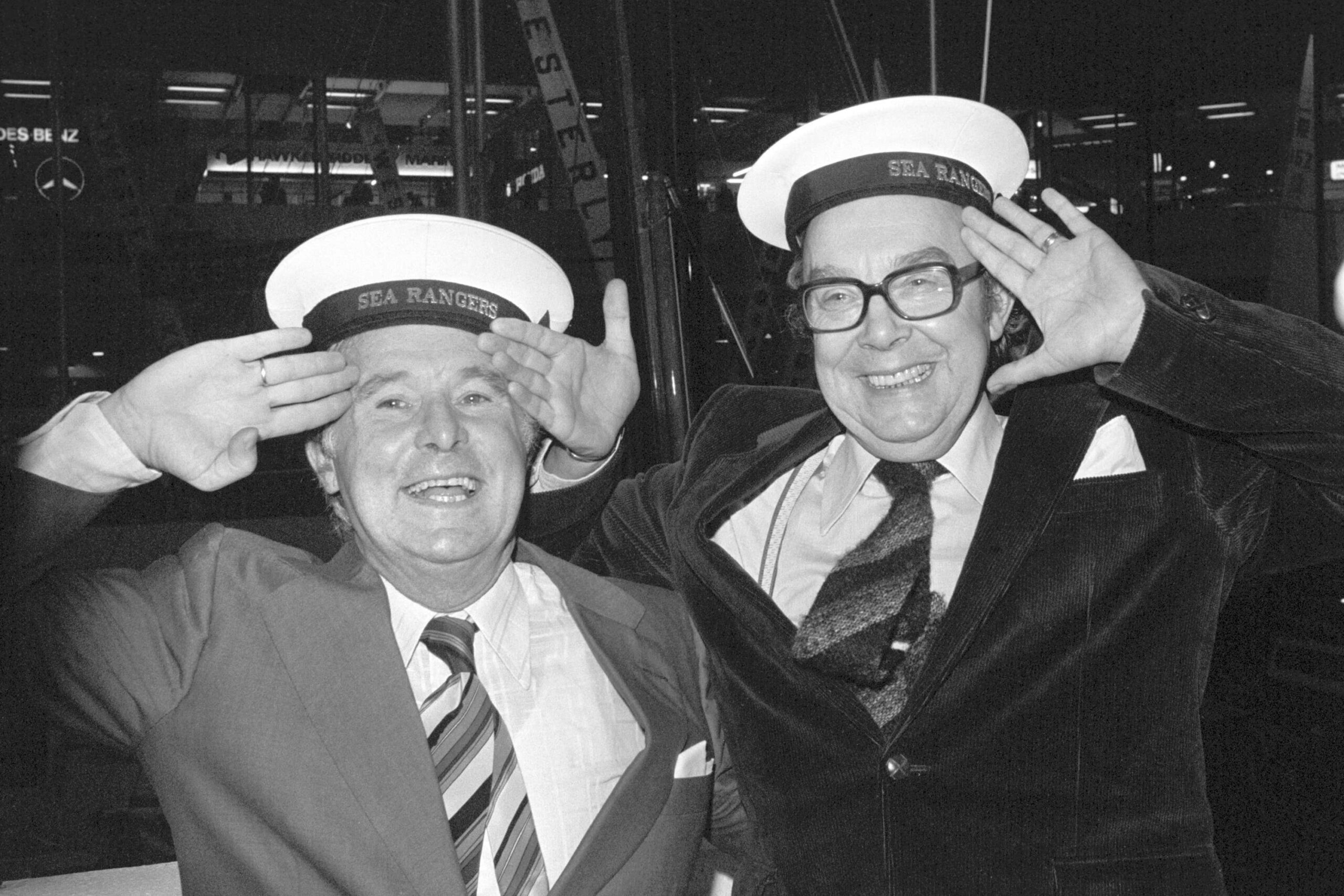 BBC History is launching an archive of audio recordings and rarely seen photographs to mark 85 years of entertainment television.

The broadcaster hopes to offer audiences an insight into the development of broadcast entertainment across the years though newly released interviews from the BBC Oral History Collection.

These include looks at sketches from beloved comedy duo Morecambe and Wise, the creation of Doctor Who and the beginnings of the BBC’s natural history unit.

Also included are glimpses behind the scenes of the corporation’s pioneering show Sportsview, which was launched in 1954 and used a combination of studio, outside broadcasts, film and interviews.

The collection will also offer insight into the friction between BBC comedians and the Green Book, issued in 1949, which set out strict rules for profanities and content.

BBC History will also publish the running order from the first BBC Television entertainment programme, Here’s Looking At You from Alexandra Palace in 1936, as well as photos of entertainers such as singer Helen McKay.

It will also include an unseen image of the first broadcast knife-throwing act in a variety sequence from the show.

Robert Seatter, Head of BBC History, said: “Unique voices from the BBC Oral History Collection, carefully curated and illuminated by our partner academics, really bring to life the diverse role of the BBC as an entertainer from 1936 onwards.

“It is fascinating to listen to the key insights from the people that were behind some of the most iconic entertainment programmes on British television and how they pioneered what we see today.”

Dr Jamie Medhurst, lead curator of the Entertaining the Nation archive and lead academic in film, television and media at Aberystwyth University, said: “The insights that the interviews in the BBC’s Oral History Collection give are uniquely valuable.

“We get to hear voices, many for the first time, which shed light on policy decision-making, programmes, actors… and what Eric Morecambe thought of the Grieg Piano Concerto sketch with Andre Previn!”

The 100 Voices That Made the BBC archive project is a collaboration between a number of bodies including the Sussex Humanities Lab at the University of Sussex, the Centre for Media History at Aberystwyth University and the National Media Museum.

This is the eighth edition to feature in the series, with previous ones covering the birth of TV, radio reinvented, elections, pioneering women, the Cold War and more.

The full oral history collection 100 Voices That Made The BBC: Entertaining The Nation is available online.