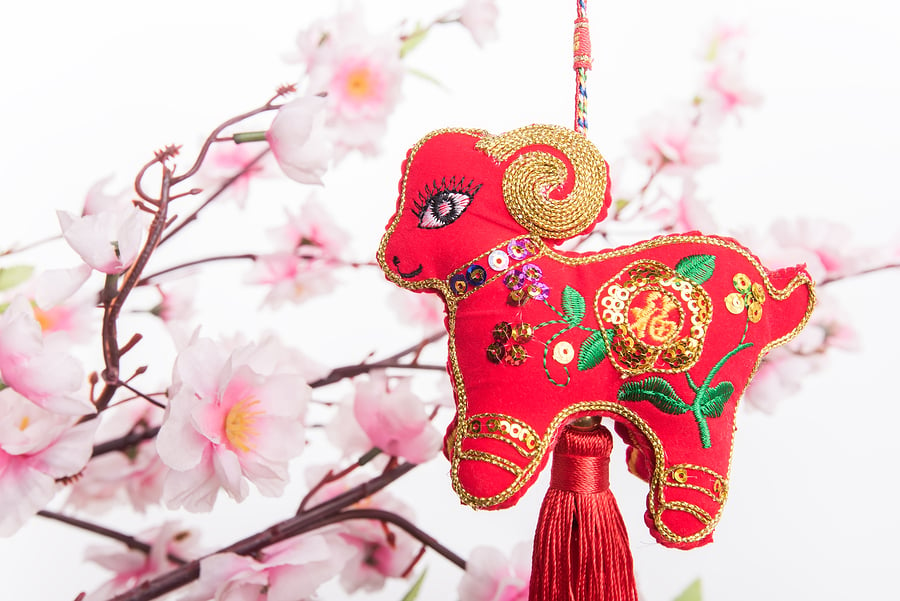 China’s longest and most important public holiday, Chinese New Year, is just around the corner. Find out more about its history, traditions and where you can celebrate the occasion in the UK.

This year, the Chinese New Year celebration falls on the 19th of February, although the celebrations will stretch from New Year’s Eve on the 18th through to the 5th of March The holiday, also known as the Spring Festival, marks the end of the 2014 Chinese calendar year (Year of the Horse) and the start of 2015 (Year of the Goat/Sheep).

The custom of Chinese New Year is based on the ancient Chinese calendar, which dates as far back as the 14th century B.C. Unlike the Gregorian calendar, which is based on earth’s revolutions around the sun, the Chinese lunisolar calendar is based on the different phases of the moon, as well as solar solstices and equinoxes. The Chinese zodiac also plays a role, with different years falling into one of 12 zodiac animals (rat, ox, tiger, rabbit, dragon, snake, horse, goat, monkey, rooster, dog and pig).

Throughout its long history, Chinese New Year has been celebrated in a number of different ways, with fireworks, lanterns, traditional foods, paper decorations and live performances all part of the modern festivities. It’s traditionally a time to prepare for the year ahead and spend quality time with family, although many Chinese now also see it as a nice holiday away from the demands of work and school.

In China and across the world, most Chinese people celebrate the New Year with a home cooked meal on New Year’s Eve, traditionally featuring dumplings. Just like on the western New Year, fireworks displays light up the sky as the clock strikes midnight.

As part of the festivities, it’s customary for adults to give young children red envelopes containing a gift of money to help them live a healthy, prosperous life. The Dragon, which represents good fortune, is another important symbol in most Chinese New Year traditions. Dancing dragon performances are a popular occurrence on the fifth day of the holiday.

The 15th and final day of the lunar New Year is known as the Festival of Lanterns. To mark the end of the holiday and the start of spring, people hang paper lanterns, set off more fireworks (under a full moon) and eat sweet dumplings known as Tangyuan.

There are a number of celebrations happening across Scotland in honour of Chinese New Year. On the 18th, the Ricefield Chinese Arts & Culture Centre in Glasgow will host a ‘New Year Dumpling Night’ with dumplings and live music. In Edinburgh, the Confucius Institute for Scotland will host a Chinese New Year party at the University of Edinburgh on the 20th, and Alba Cathay Chinese School is throwing its annual New Year party on the 21st.

Starting on the 19th, St Ann’s Square will host a food fair featuring some of the city’s best Chinese eateries, plus music, art and live performances. On the 22nd, Albert Square will come to life with martial arts and dance performances, followed by the Dragon Parade (1pm) and fireworks (6pm).

On the 22nd from 11am until 6pm, Hurst St, Inge St, the Back to Backs courtyard, Hippodrome Piazza and the Arcadian Centre will host a number of Chinese New Year festivities, including the grand finale of lion dances and fireworks (5:30pm).

There are several special events planned throughout the city in honour of Chinese New Year, most notably a parade and a main stage in Trafalgar Square on the 22nd (10am-6pm).

Were you born the year of the Goat?