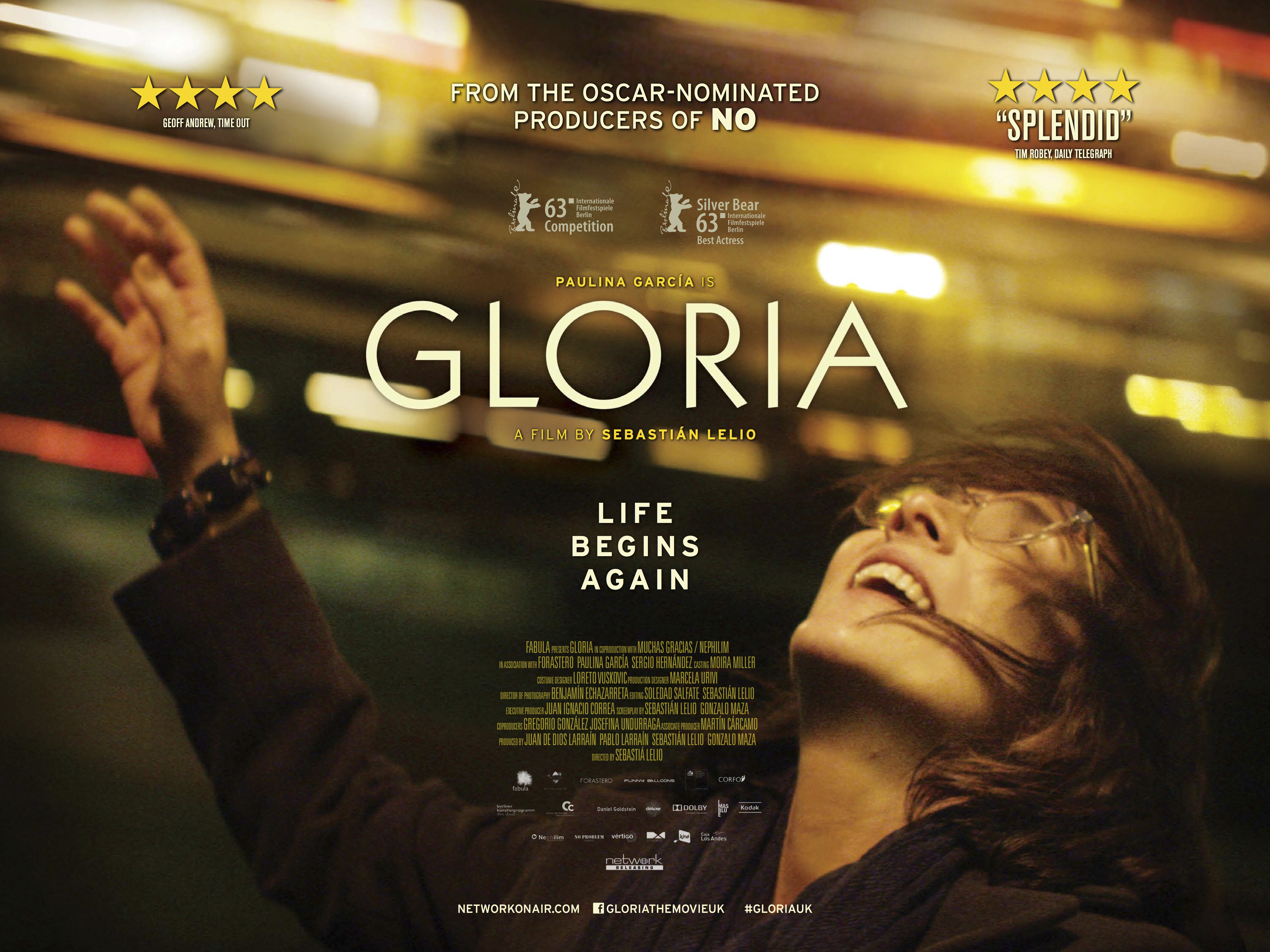 Was it something that we said? Cinema, older audiences and Gloria

While  I’ve been growing old,  it’s seemed that mainstream cinema has been heading in the opposite direction.

For many people aged over 50, going to the cinema was once a regular activity.  It was probably the location of your first date.  You were happy with the choice of films and the comfort of the cinema (even if you called it a flea-pit).   You  could smoke, eat Walls Hot Dogs and slurp Kia-Ora orange drink.

But then, while we weren’t watching, something changed.  Young actors took over.   Plots were reduced to formulaic  action movies and  rom-coms.  Special effects became standard.   The cinemas themselves turned into a concrete hybrid of car park and shopping mall (albeit with less fleas). The refreshments got worse (if that were possible) and vast cardboard tubs of popcorn and fizzy drinks were everywhere.  The audiences became noisy and badly-behaved, fizzing with attention deficit disorder and poor diet. The auditoria shrank in  size  to small rooms, where the picture and sound quality weren’t much better than your own home.

Cinema  was  no longer for  adults, it seemed.  Was it something that we said?

An industry as large and as commercial as the film industry couldn’t remain obsessed with youth forever, particularly as our population continues to age.  Many older people are relatively wealthy.  We eat out a lot – but rarely in McDonalds.    So are we interested in the  cinematic ‘fast food’ offering of mainstream cinema?

The answer, apparently, is yes. Recent analysis by the BFI identified that people over 45 now account for 36% of UK’s cinema audience in 2012, compared with 28% in 2011. The BFI attributes this in part to the fact that more films are now being made specifically for older audiences, as cinema and the over-45s ‘reconnect’.   Recent   examples of such films include:  Song for Marion, The Iron Lady, The Best Exotic Marigold Hotel, The King’s Speech and Quartet.

The ways in which such films relate to their more mature audience vary. Some simply set out to tell an interesting story in an intelligent, well-acted and age-neutral way   – the King’s Speech, for example. Other films are more overtly for and about older people,  often  putting a  comic, sentimental gloss on age and ageing, with characters played by well-known older actors exhibiting  ’amusing’  age-related foibles.  Despite this, even The Best Marigold Hotel addresses some serious issues: what do you do as you grow old? How do you come to terms with age, dying and loneliness?

Away from the mainstream, there have been a few recent films dealing with more serious age and ageing-related issues.  Amour (2012) – in which a man kills elderly wife after a stroke – won the Cannes Palme d’or.  In Beginners (2010),  an elderly man ‘comes out ‘ after the death of his wife.  I suspect that these films were shown mainly in the UK’s small but popular network of independent and arthouse cinemas – places deserving of our support.

And now, like the 65 bus, a number of such films have come along all at once.   All  have serious credentials.  There’s Le Week-End, with Jim Broadbent; Philomena, starring Judi Dench; Tom Hanks as Walt Disney in Saving Mr Banks; and my favourite,  Gloria, the Chilean film for which actress Paulina Garcia rightly won an award at the Berlin Film Festival.

Gloria is set in Santiago, Chile. Not too surprisingly, the Spanish language is used, with sub-titles, which will undoubtedly deter some potential viewers.  This would be a shame, as the issues the film addresses are universal – how do you defy a future of old age and loneliness to find love?

The entire film is seen from the point of view of Gloria,  the eponymous star – a 58 year old divorcee in search of love. Gloria does not feel old or unattractive, we suspect, and we experience embarrassment, pathos and humour as she attempts to start a new relationship. ‘50+ dating’ is not an uncommon experience these days,  as the divorce rate increases amongst older people, so the subject matter is something we can all empathise with in some way.

The women in our discussion groups found a strong empathy with the character and the film: not  too surprising perhaps,  given the uncertainty and vulnerability of Gloria, which  were evident even to me. What did surprise me, however, was that they also sympathised with Rodolfo, the main male character.

On the face of it, Rodolfo is an unattractive personality:  recently-divorced (or is he?) and repeatedly failing to match Gloria’s hopes and expectations. However, he too has his own problems in coming to terms with his situation and we are reminded of the fragilities of the male ego. The scene where his truss is discovered and removed during foreplay will remain with me for a long time.

Gloria, the character, is in every scene. We see that she is always on the periphery of other people’s lives, but is looking to make more of her own. The film is so well-written and filmed, and the role so well-acted by Paulina Garcia, that she – and therefore the film – are totally convincing.  As one might   expect, the poignancy of the film is ultimately more enduring than the humour.   This   makes  for  a bitter-sweet but enjoyable and memorable experience, which I recommend to any adult film-lover.

And I defy you not to leave without  the final song of the film (Gloria, of course) re-playing itself to you….”But you really don’t remember, was it something that they said?  All the voices in your head calling, Gloria.”

Gloria is will be released in the UK at selected cinemas nationwide on 1 November.  For more information on opening venues visit www.facebook.com/GloriatheMovieUK

The official trailer is at http://www.youtube.com/watch?v=Lh52-c5DkY0