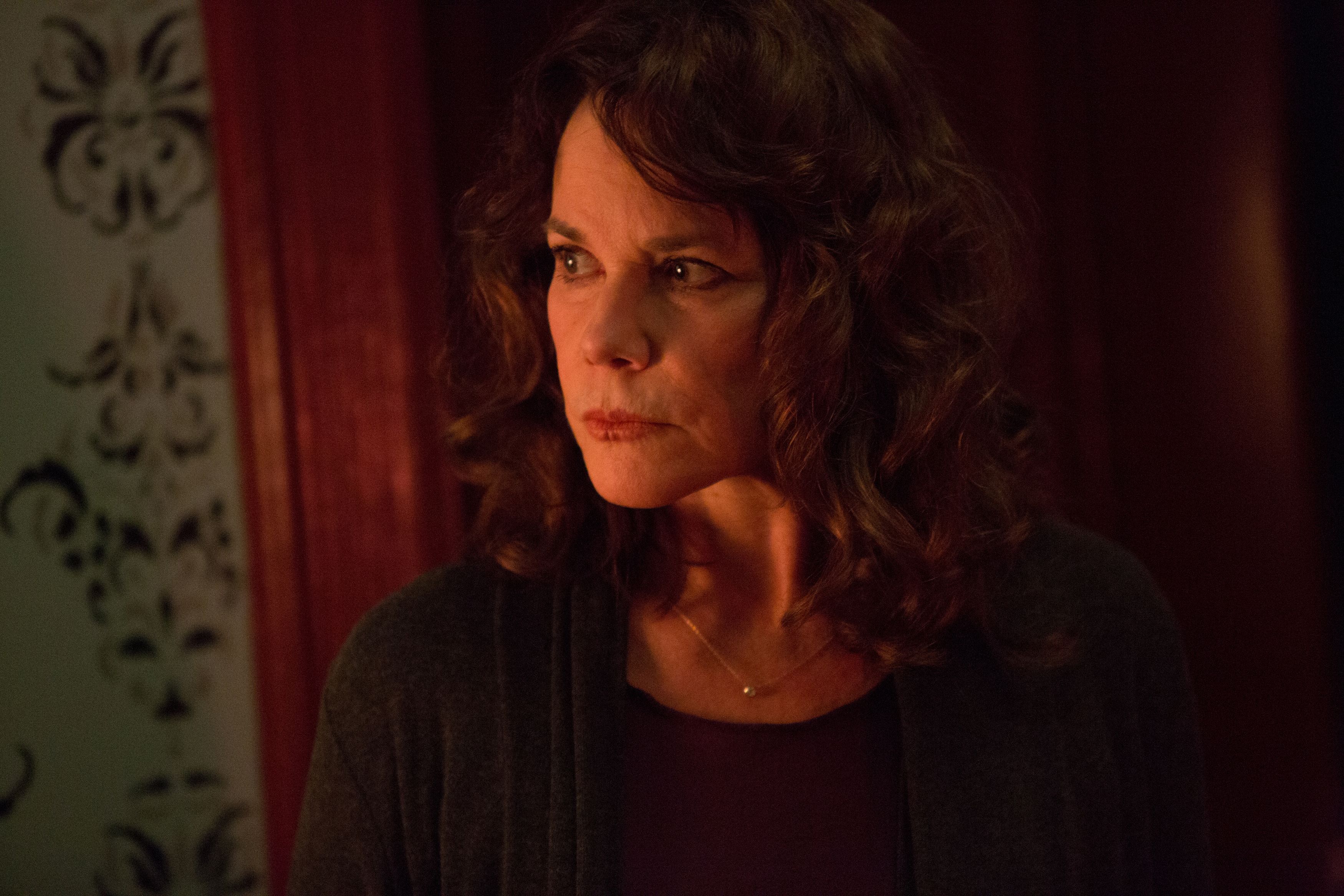 Actress Barbara Hershey, 65, has starred in some of the best loved projects of the past few decades, including The Right Stuff, Beaches and Black Swan. The Hollywood-born actress talks to Roger Crow about her first sequel, Insidious: Chapter 2, how she inspired two of the most acclaimed films of the 1980s, and the key to her career success

WHEN YOU GOT THE SCRIPT FOR THE FIRST INSIDIOUS, DID YOU THINK IT WAS JUST ANOTHER LOW BUDGET HORROR MOVIE, OR WAS THERE A SIGN IT WOULD BECOME SUCCESSFUL?

Well because of the cast, before I even read it, I thought it would be of a better quality. Also, once I read it, I realised it was going to be unusual in that it was more character-based than gore-based, like more classic horror films. I’ve always thought if you care about the characters, you care about what happens to them, especially in a horror film, so it amazes me that you rarely see that any more.

Then when I met (director) James (Wan) and talked to him, I was excited because he’s an enthusiast, and he loves what he does and is so good at it.

AND INSIDIOUS: CHAPTER 2 IS YOUR FIRST SEQUEL?

Yes. And I asked Patrick (Wilson) and Rose (Byrne) and they’d never done one either.

WHAT ATTRACTED YOU TO IT?

I like that it was a continuation rather than just something they invented to make money; there was some reason for it. It picked up immediately (after the first one), which is, I guess, why they call it Chapter 2.

WAS DIRECTOR JAMES WAN A FAN OF YOUR CLASSIC EIGHTIES CHILLER, THE ENTITY?

He mentioned it yeah, so I guess he was. (Martin) Scorsese included it in his top 11 horror films, which I was so shocked at.

It’s not a perfect film that’s for sure, but there are good elements to it, and we certainly tried hard.

ARE THERE ANY PLANS TO MAKE INSIDIOUS 3?

They are planning on making it; I know Leigh (Whannell) is writing it. But James (Wan) has said he’s not going to do any more horror films, I don’t know if that’s going to stick or not.

WHAT’S BEEN A FAVOURITE FILM OF YOUR CAREER?

The Last Temptation of Christ, because it was more than a film. Just the experience of making it, and I love what it’s about. I was really touched by the book, and to play Mary Magdalene with Martin Scorsese directing was a rare experience.

It was the first film he was ever hired to do, and it was definitely intended to be a B-movie. It was never going to be a Scorsese film in terms of what he was capable of or what he continued on to do. But it was great to see his enthusiasm and love of film.

I could see that he was religious and I told him about the book (The Last Temptation of Christ) during Boxcar Bertha – I’d been profoundly affected by the book.

IS IT TRUE YOU PLAYED A PART IN THE MAKING OF BLADE RUNNER?

Yeah, well he (Hampton Fancher) was my partner while he was writing it and I encouraged him to do it. The story in it, when Rachael’s telling the story about the spider, that was from my childhood.

BEACHES IS BELOVED BY MANY. WERE YOU SURPRISED HOW SUCCESSFUL THAT BECAME?

Yes, because at the beginning, it wasn’t a failure but it wasn’t enormously successful. It did seem to build up as time went on.

WHAT’S BEEN THE SECRET OF YOUR CAREER SUCCESS?

The only answer I’ve ever had for that was ‘variety’. I like to do a variety of characters, a variety of types of movies. I don’t have prejudice whether it’s movies or television; I think there is some great television coming nowadays.

WHAT CAN WE SEE YOU IN NEXT?

I’ve done another little independent film called Sister, and then I did a spin-off episode of Once Upon A Time, called Once Upon a Time in Wonderland; I just did the Queen of Hearts for that. But apart from that I don’t know. The actor’s life (laughs); I rarely ever knew what was coming next.

:: Insidious: Chapter 2 is out now on DVD and Blu-Ray