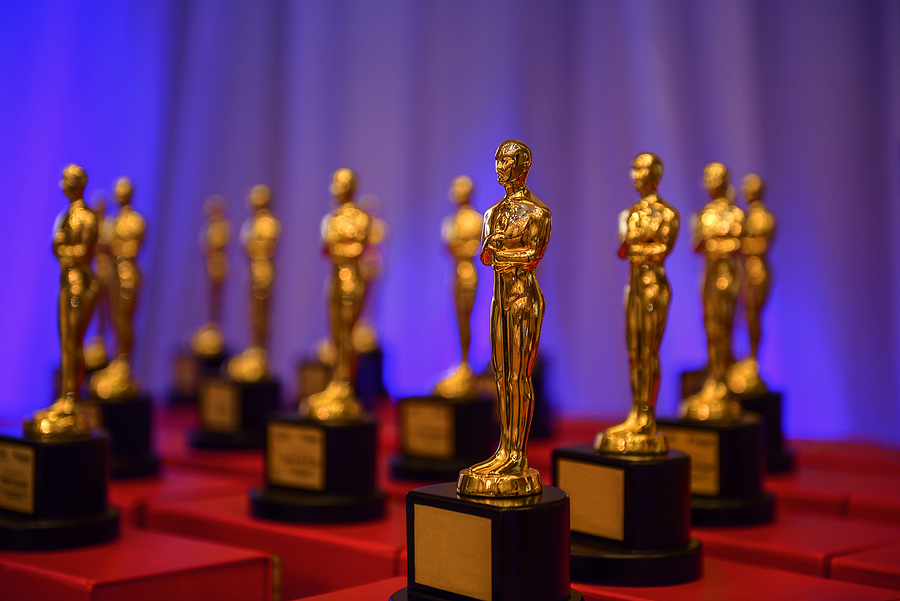 For film fans, the first two months of the year is dominated by awards season. There’s the Golden Globes, the BAFTAS and finally, the big one: the Oscars.

After a big win for 12 Years a Slave in 2014, many critics and movie-goers are on tenterhooks to see who will take this year’s prize. We take a look at this year’s Oscar nominees for 2015 for Best Picture, and a few other categories, and see who’s tipped to win.

For most critics and industry insiders, the frontrunner in the Best Picture category is Richard Linklater’s Boyhood. Amazingly, Boyhood was filmed over the course of 12 years; the central character, Mason, is played by Ellar Coltrane, who was just seven years old when filming began, and 19 when filming ended. The unique nature of Linklater’s film makes it a must-see, despite its lengthy running time of 165 minutes, and many Oscar judges are sure to be won over.

An unexpected Oscar contender this year is Wes Anderson’s The Grand Budapest Hotel. Anderson’s films have long garnered praise from critics and film-lovers, though some find his quirky style jarring. This particular film is magnificent, with Anderson’s trademark intricate, colourful sets, and a fantastic comedic performance from British actor Ralph Fiennes.

Another innovative film on the Best Picture shortlist – and a strong contender for the gong, too – is Alejandro González Iñárritu’s Birdman. Featuring Michael Keaton as a washed-up actor most famous for playing a superhero, this original film had many critics bursting with praise, though its lack of emotional resonance may do it a disservice.

And Clint Eastwood’s American Sniper – fresh from a record-breaking January box office opening – seems like the kind of film that might swing voters away from Boyhood as well. Based on the life of sniper Chris Kyle, the film has attracted much debate over taking liberties with the truth, though most critics also acknowledge that Eastwood has made a good film. War dramas tend to do well at the Oscars and this one’s been a hit with audiences too, so it may yet climb to the top of the pile.

The rest of the pack

Among the British contenders are biopics The Theory of Everything and The Imitation Game; a win for either seems a distant possibility, though Eddie Redmayne is hotly tipped to win Best Actor for his performance as Stephen Hawking in the former.

Damien Chazelle’s Whiplash, nick-named “full metal Julliard” at last year’s Sundance festival, has a deserved place in the list of nominees. Although it would be a true surprise if it took Best Picture, JK Simmons – who plays a terrifying music teacher in the film – looks set to win Best Supporting Actor, and the film could still pick up a gong for Best Adapted Screenplay.

The final film out of the Best Picture nominees is Selma, which controversially walked away with fewer nominations overall than expected. This film about Martin Luther King Jr is phenomenal, and director Ava DuVernay should have been nominated in the Best Director category for her work. British actor David Oyelowo, who plays King, is also fantastic in the role, though sadly was not nominated for Best Actor either. It’s a sadly unlikely winner, but nonetheless well worth seeing when it’s released in the UK in February. Enter our latest Prize Draw and be in with a chance of winning a holiday for 2 to Alabama and walk in the footsteps of the legendary Martin Luther King Jr!

Have you seen any of the Best Picture films yet?