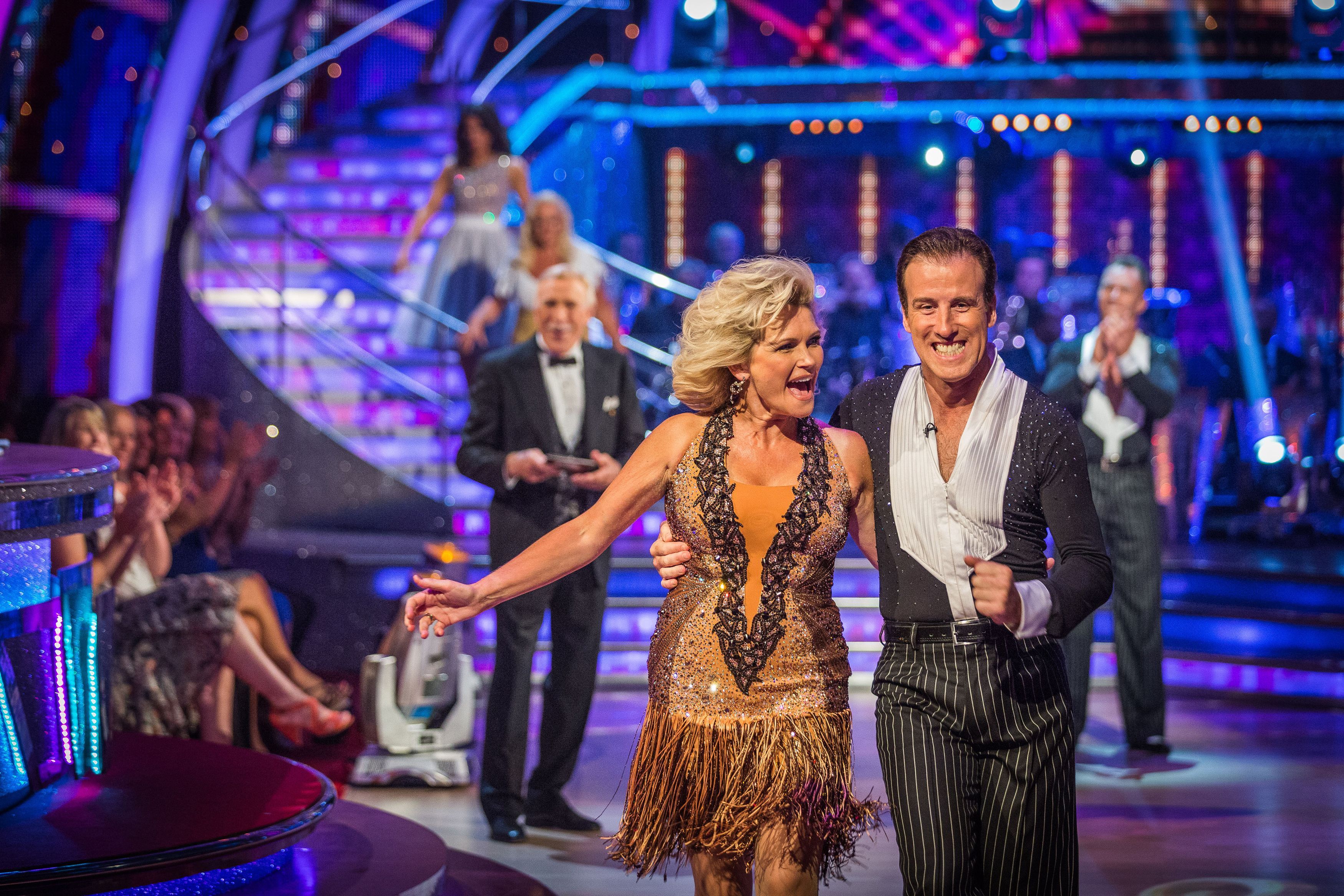 The fake tan’s been slathered on, the sequins attached, and now the celebrity contestants in this year’s Strictly Come Dancing have been partnered up with the pros. Susan Griffin shimmies through the line-up as they prepare to dazzle on the dance floor

Model and TV presenter Clancy, 27, is married to footballer Peter Crouch – who looked a little disappointed when she was paired with new ‘hottie’ Aljaz Skorjanec. “I’m paying him back for all his perving on the girl dancers,” says Clancy, laughing. “He’s so supportive though, he can’t wait for me to start.” And that’s despite having a slight attack of the green-eyed monster. “Pete would love to do the show. He’s so jealous. I think he wishes it was him.”

The Hollyoaks star, who plays Darren Osborne in the Channel 4 soap, is paired with Strictly favourite Ola Jordan. “I’ve always done music in my spare time so I can hear the beat, but I’m a bit like a soldier at the moment. I’ve just got to try and make it graceful,” says the actor, 31, whose second child’s due the day before the live show. “I don’t want to miss the first show, I know that much, but I don’t want to be worst father of the year either! We’ll work it out,” he adds.

English Rugby World Cup champion Cohen, 34, is partnering Kristina Rihanoff, and insists he inherited his “two left feet” from his dad. “You don’t want to look stupid, or like a lorry trying to turn in a small car park, but I think it’s about leaving your inhibition at the door,” he says, admitting that he’s ready to embrace the sequins. “I like them, but the clothes get less and less.” Fortunately, he has no qualms about going shirtless. “Google it, I’ve got my top off all the time!”

The TV chef, and one half of The Hairy Bikers, is looking lean after losing three stone. He’s paired with Karen Hauer and has been noted as the dark horse of the competition. “Ha, more like a Trojan horse,” says the 55-year-old, laughing. “It’s just such a fantastic opportunity to be asked.” He might be “dreading” the judges’ critiques, but says, “You’ve just got to take it on the chin. The lovely thing about it is it’s not nasty. The judges might make comments but I think it’s a positive show.”

Multi-millionaire and TV ‘Dragon’ Meaden, 54, is dancing with Robin Windsor. Although naturally competitive, she hasn’t been sizing up the opposition: “I haven’t taken my eyes off my own feet!” Meaden didn’t expect to be asked to join the show – because “I’m too short, too old, I can’t dance and I’ll never do anything that I can’t win” – but when approached she says she “couldn’t say no!”. Now she’s ready to embrace the challenge: “I spend my life in a world where I’m comfortable. Now I’m so far out of my comfort zone, it’s scary stuff.”

Bond Actress Fullerton is best known for a certain sizzling hot tub scene with Roger Moore in the 1985 007 movie A View To A Kill, but she’ll be twirling and whirling with Anton Du Beke on the dance floor. “I wanted Anton, I said it so many times,” says the self-confessed Strictly super-fan, 56. “There are a couple of people who I think are really going to shine, so it’s going to be a very interesting year.” She’s ready to give it her all but is already suffering from training: “I’m covered in bruises from people trying to lift me up in the air!”

Famed for his show-stopping, high glamour dresses, fashion designer Macdonald should feel right at home on Strictly, where the frocks are as important as the footwork. “I’ve already become the fashion expert, all the girls and even the guys have been coming to me for advice,” says Macdonald, 42, who’s paired with Janette Manrara, and is ready to take on the judges. “I never understand why all the celebrities stand there and take a grilling from the judges. I’m not a shrinking violet. I’m not afraid of them.”

Actor Benton, 47, is best known for playing maths teacher Daniel Chalk in Waterloo Road. He’s paired with Iveta Lukosiute, and admits he doesn’t consider himself a serious contender. “I’ve always shied away from doing any sort of reality shows, but I thought, ‘Why not just jump in and have a go?’ I’m not really competitive. For me, it’s to try my best and see how far I can get.” As for the sequins? “I’ll take anything they throw at me!”

She made her name playing Tyrone’s violent other half  Kirsty Soames in Coronation Street, now the actress will be dancing with Artem Chigvintsev. “When we first met, he told me how strict he was, and that if we don’t work hard through the week, then I can’t be upset on Saturday night. But I like to apply myself so I’m looking forward to it,” says Gumede, 29, who reveals that she’s had some dance training. “Yes, I’m an actor, so I went to stage school and I did dance as a child, but I’d never done ballroom before.”

Usually seen helping save lives as fictional nurse Martin “Ash” Ashford in Casualty, the 49-year-old actor, who’s paired with Anya Garnis, says he hopes to become Strictly’s oldest winner. “All the dancers are brilliant and gorgeous, but in spiritual terms, Anya was the one for me,” says Robinson, who jumped at the chance to be on the show. “I don’t like dancing, I love it, so I don’t care what people are going to say about it. I’ll just do as well as I can.”

Oxford graduate and numbers queen Riley, 27, co-presents Countdown and The Gadget Show. Paired with Pasha Kovalev, she’s the bookies’ favourite, but insists she’s not feeling the pressure. “Absolutely not, because as soon as people see me dance they’ll see [I’m not very good],” says Riley, who credits Brendan Cole and her Countdown co-host Nick Hewer for getting her the gig. “Nick actually launched a campaign to get me on Strictly, then Brendan came on Dictionary Corner and had a word with the execs.”

The singer/songwriter says she doesn’t mind Sir Bruce referencing her famous song, Murder On The Dancefloor, in his patter. “He can make the jokes as many times as he likes. I love Bruce,” says the 34-year-old mum-of-three, who’s paired with Brendan Cole. “I love embarrassing my kids and shimmying about on TV in sparkles is perfect. My nine-year-old thinks it’s great actually. He said he’d come along and watch – but only to watch my dance – he’s very loyal.”

BBC Breakfast presenter Reid, 42, is partnered with Kevin Clifton. “It’s a bit of a manoeuvre,” she says, of moving from the BBC sofa to the Strictly dance floor, “but I’ve got a fantastic teacher.” She’s determined her commute from London to Manchester, where the breakfast show’s filmed, won’t get in the way. “We might use the train for a bit of ‘train-ing!’ Kevin’s generously offered to come up to Manchester so as soon as I finish, we’ll go straight into a studio. Obviously [previous Strictly contestant and BBC co-presenter] Bill Turnbull’s an expert, so he’ll be giving me some training tips as well.”

Sporting legend Jacklin, 69, is the most successful British golfer of all time. He’s paired with Aliona Vilani. “There were positive vibes everywhere and everyone enjoyed it,” says Jacklin, following the first group dance. “I’ve met new friends and I certainly was pleased with how everything went. There was a terrific sense of achievement and purpose.” He’s not nervous about being filmed either: “I don’t think about the cameras. I learned to forget them long ago when I was playing golf!”

Broadcaster and columnist Feltz, 51, is known for being sharp and opinionated, so sparks should fly as she’s paired with James Jordan, also known for voicing his thoughts! “Being on the show’s absolutely overwhelming. I’ve watched it since the very first series, it’s weird when you’re suddenly here. There’s Brucie wandering up the corridor and someone asking if you want some more glitter on your cleavage, and the answer is always ‘Yes, definitely’,” says Feltz, who insists she isn’t a natural on the dance floor. “I cannot dance, I never have. But I hope to learn. That’s the whole point, isn’t it?” 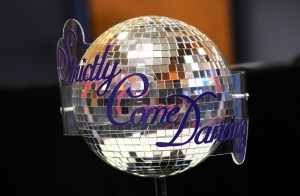 :: Strictly Come Dancing is back on BBC One on Friday 27 and Saturday, 28 September