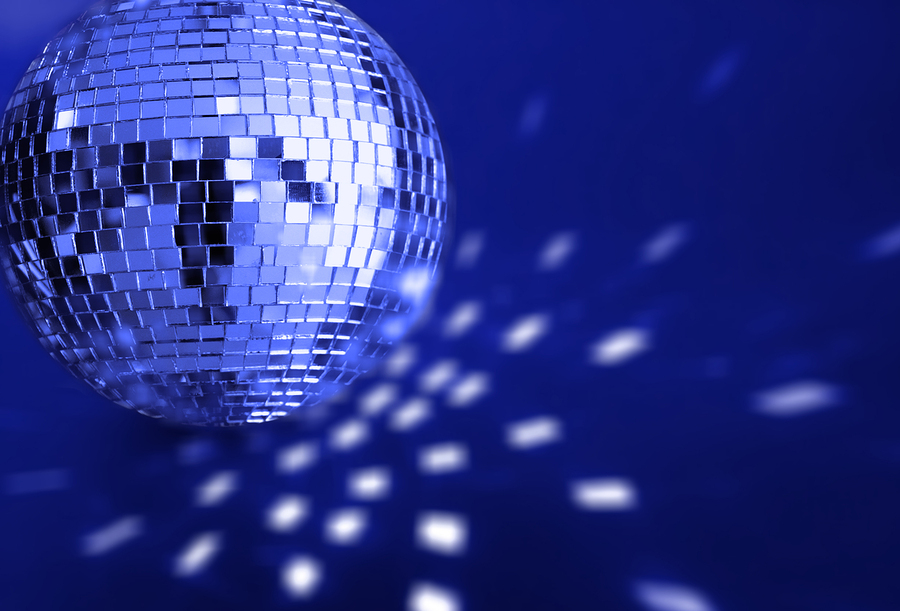 Dust off your glitterball and get ready to dance to some of the best artists and songs from the disco heyday in the 1970s. From forgotten gems and one hit wonders to seminal songs by famous bands, we take a look at some of the best disco hits.

Our disco playlist has some great 70s dance tracks to listen to, whether you want to get up and boogie, belt out a ballad or relive fun times at a discotheque.

It’s hard to pick just one track for this popular band who dominated the disco scene, but it’s got to be Stayin’ Alive by the Bee Gees. Made for the best-selling soundtrack for Saturday Night Fever, this 1977 tune epitomised the disco era and cemented the Bee Gees position as disco superstars.

A 1977 track from the Queen of Disco, Donna Summer, I Feel Love was a chart topper around the world and had a huge influence over the disco genre. Legendary producer Giorgio Moroder used synthesizers instead of acoustic musicians to create this futuristic tune with Summer.

Another track made hot by the Saturday Night Fever soundtrack, Disco Inferno was first released by the Trammps in 1976. It’s a distinctive disco anthem that still sounds good today.

Turn The Beat Around

When Vicki Sue Robinson released this disco classic in 1976 it created a buzz in dance clubs and proved to be the only mainstream hit for the musician. It’s been covered many times, but this original version is outstanding.

For many, this smooth disco ballad of 1979 by Michael Jackson is one of the last big hits of the disco era. Taken from his solo album Off The Wall, it’s perhaps less well known than Don’t Stop ‘Til You Get Enough but is a disco classic in its own right.

This 1978 disco classic by Chic has such a catchy chorus that it’s bound to get people up dancing. Written by disco legends Nile Rodgers and Bernard Edwards, Everybody Dance featured lead vocals from Norma Jean Wright and is great to dance to.

A career defining song for Anita Ward, Ring My Bell was a global number one when it was released in 1979. The use of chimes and electric drums give it a distinctive sound, and this oft forgotten disco gem still sounds great.

It’s hard to resist channelling your inner diva and singing along with this 1978 Gloria Gaynor hit. The empowering lyrics and Gaynor’s amazing vocals are aided by a fresh beat, which helped make this both a 70s disco and contemporary karaoke favourite.

Do it – do the Hustle! This landmark disco tune by Van McCoy and the Soul City Symphony sold millions of copies after it was released in 1975. Based on a popular dance style, the Hustle is light on lyrics and has an infectious beat.

No disco list would be complete without mention of this popular 1975 track from beloved British band Hot Chocolate. As the band’s most famous song it was immortalised when included in the 1997 hit film The Full Monty, but it’s still a disco classic that’s great to dance to.

Do you use Spotify? We’ve also put together all the songs from our post into one playlist you can listen to on the go.

What are your favourite disco tracks from the 70s?