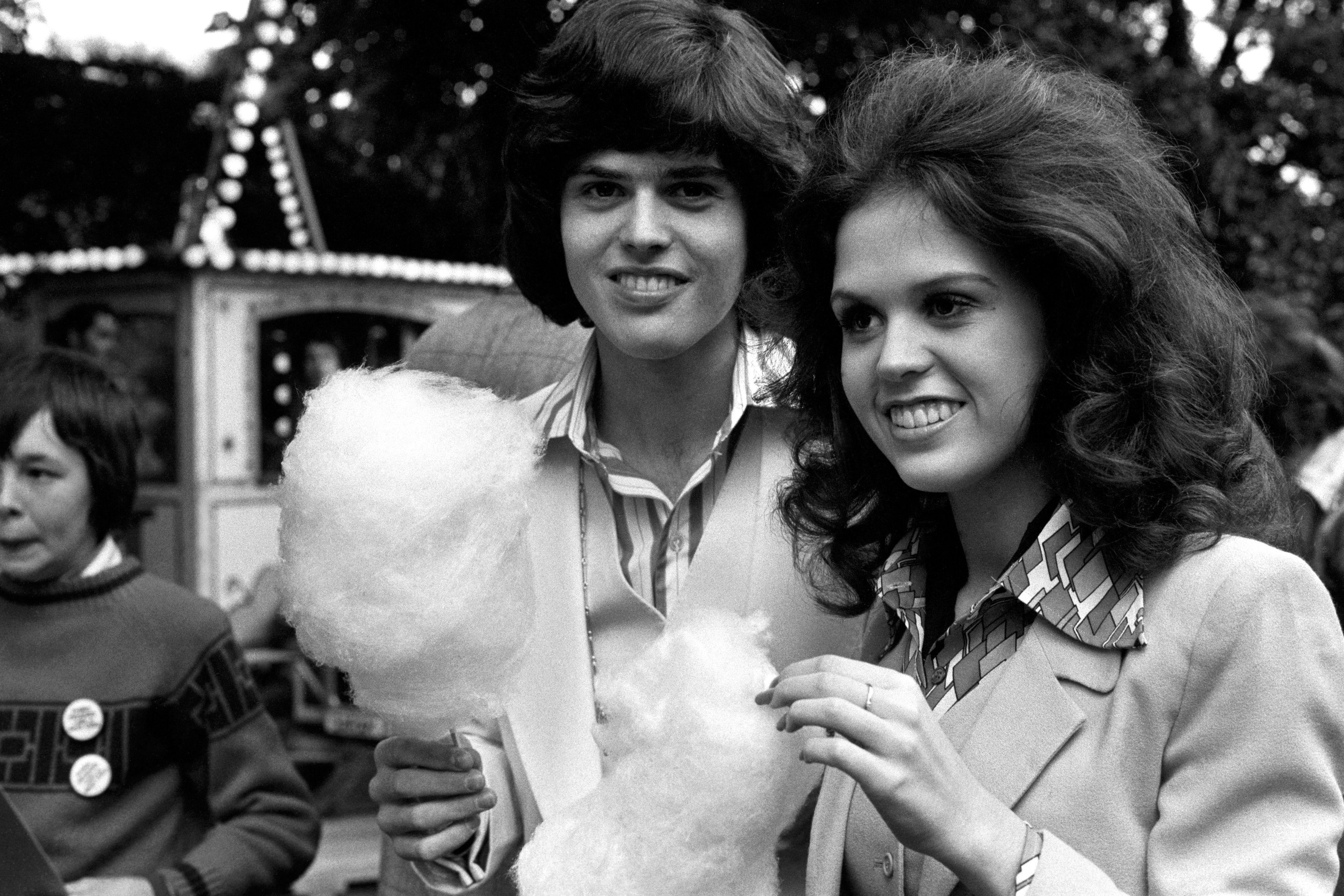 Donny Osmond does Vegas (in the UK)

As he brings his hit Stateside show to British shores, former teen idol Donny Osmond is busier than ever.

“I do it wherever I am. In the hotel room, or in a quiet space. Sometimes I do it between the sheets so I don’t even have to get out of bed.”

It’s not how you expect a conversation with Donny Osmond to begin, and if you’d walked in halfway through you might wonder what had got into him. He is, after all, an emblem of wholesome American family values.

But don’t worry, he’s only explaining how, with just a cheap microphone and digital recorder, he can record his radio show no matter what else he’s doing. The Donny Osmond Show is syndicated all over the US, Canada, Australia and here in the UK. “I never miss a show, even when I’m travelling,” he says.

Osmond, 55, is busier than ever these days. He’s just defied his “chronic” jetlag to get up at 4am to appear on breakfast TV before completing a series of interviews, almost simultaneously chasing up various matters back in the US.

Of course, talking about yourself and going on telly to promote your forthcoming tour isn’t the hardest job in the world, but Osmond wouldn’t suggest it is.

“I’m enjoying myself, more and more. I like to work hard, and I get that from my dad. He was an army sergeant, tough and strict. He wasn’t Joe Jackson, I don’t want to paint that picture,” he says, referring to the notoriously fearsome father of Michael and his siblings.

Seeing him now, with an award-winning Las Vegas show, it’s odd to think he and Michael Jackson were once rivals. They were both the young focal point of their hugely successful family vocal groups before branching out on their own to become teen idols.

One of The Osmonds’ breakout hits, One Bad Apple, was originally written for The Jackson 5, and when it was released in 1970 many believed it was indeed the Jackson brothers singing.

“It’s no secret that I lost my career in the Eighties so I worked very hard to get it back,” says Osmond. “And second time around you know what it’s like when things do slip away. I really don’t want it to happen again. There are some big lessons, and that was a bad time of my life.”

These were his wilderness years; too old to be a teen idol any more and unable to make the transition to grown-up pop star. It wasn’t until 1989’s Soldier Of Love that things started to turn around again, but that came after several years of next-to-no attention and thoughts of packing it all in for something else.

What that something might’ve been he’s not sure, although with a love and great knowledge of IT, Osmond thinks it could have involved computers.

“Can you imagine the guy who sang Puppy Love coming to your house to fix your PC?” he says, laughing. “That would be an odd day.

“To be honest, I don’t know what I would’ve done. What’s nice is that I had a lot of time to really think about it all, and I really appreciate what I’ve got now.

“I was watching One Direction recently and I just hope they appreciate everything they have in their career. It’s not going to last forever, we all know that. It can’t.

“I hope Justin Bieber is loving every moment of his career. That level just can’t be sustained. No matter how great your music is, the attention span of the public is that of a gnat, and it’s getting shorter and shorter.”

Despite this, Osmond has clearly earned a degree of longevity. Even if he and the rest of his family aren’t surrounded by the same levels of hysteria they once were, the queue of autograph hunters waiting for him outside the TV studio we’re sitting in is a reminder of his status.

There will also be new fans coming to the Osmond party thanks to his and sister Marie’s Vegas show. They’ve been performing there five nights a week since June 2010 and are finally bringing the show to the UK.

“I love the UK and always have, but I haven’t been able to get here as often as I’d have liked over the past few years,” he says.

“The Vegas show really ties me down. But we get a lot of people from the UK coming to see us in Vegas, so it was only right that we brought it here. It’ll be the same show, and much more.

“We play to a 750-seat room each night there, but we’re doing arenas on this tour so everything will be that big bigger. We’ve beefed everything up.”

Britain’s Got Talent winner Susan Boyle will be joining him and his sister on stage for the London and Glasgow legs of the tour.

Osmond first saw Boyle on Britain’s Got Talent and immediately became a fan.

“Since we recorded together last year, my regard for her has only grown and I’m looking forward to performing with her on stage in the two cities that mean so much to both of us and our careers. The show is already jammed, and what could be a better addition than Susan Boyle?”

As well as duets throughout the show, Donny and Marie will also sing their solo hits, including her Paper Roses and his Puppy Love.

“That song!” he says, smiling. “Once upon a time I would’ve said I’d sung it too many times. I hated it at one time. But now? I’d say I haven’t sung it enough. There’ll be some Osmonds songs on this tour too – Love Me For A Reason, Crazy Horses and things – plus some special stuff happening on big video screens behind us. I don’t want to give too much away.”

Between 1976 and 1979 Donny and Marie hosted their own variety show on US TV, simply called Donny And Marie. Before that The Osmonds had been one of the Seventies’ most popular and busiest touring bands, so it’s understandable that Donny and the rest of the family go hand in hand.

“I’ll be walking down the street and someone will say ‘Hi, where’s Marie?’ and I reply ‘I don’t know.’ We’re not in each other’s pockets, she has her life in Vegas, I have mine in Utah and we only really see each other on stage,” he says.

“Don’t get me wrong, we’re close, but us Osmonds don’t live in some big compound, like The Monkees. We have our big family Christmases and Thanksgivings and so on, but believe it or not, we aren’t all joined at the hip.”

:: His four brothers, Alan, Wayne, Merrill and Jay, sang as a barbershop quarter around Utah.

:: When Donny was old enough, he joined his brothers, and went on to find fame  on the Andy Williams Show. They were also regulars on The Jerry Lewis Show.

:: The band changed direction from variety to pop in 1971, releasing One Bad Apple, which went straight to the top of the US charts. Donny later found success as a solo artist.