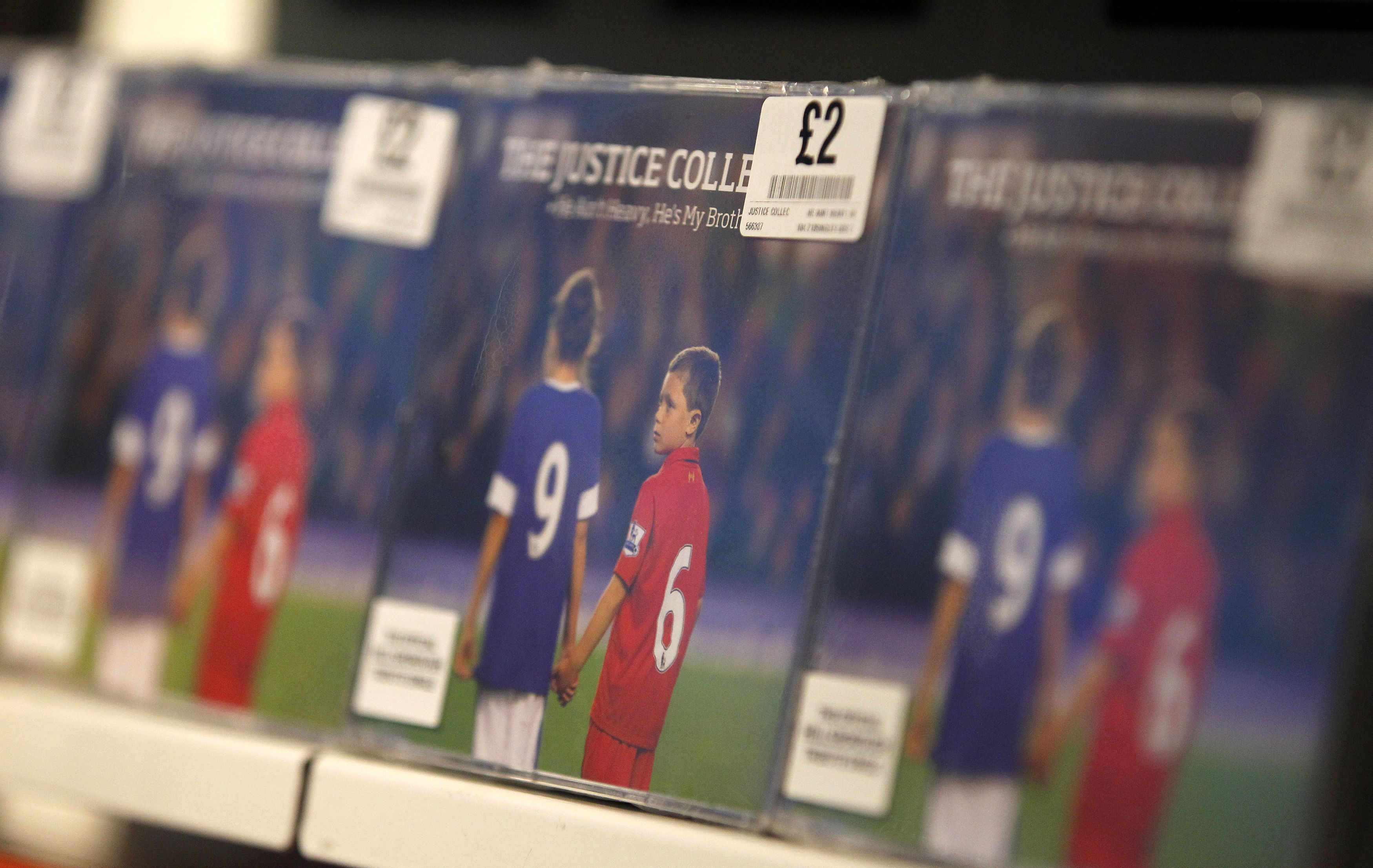 The Hillsborough disaster tribute single has topped the charts to become the 2012 Christmas number one.

The Justice Collective’s version of He Ain’t Heavy, He’s My Brother sold more than 269,000 copies, which saw it comfortably outsell X Factor winner James Arthur’s debut single Impossible by 45,000, according to figures from the Official Charts Company.

The reworking of the Hollies 1969 hit took the festive top spot to cap a memorable week for campaigners, friends and family of the 96 victims of the disaster at Sheffield Wednesday’s ground during an FA Cup semi-final between Liverpool and Nottingham Forest on April 15, 1989.

A new police investigation into their deaths was announced by Home Secretary Theresa May and the High Court quashed accidental death verdicts recorded by the original inquest into the tragedy at Sheffield Wednesday’s ground. A new inquest will now be held.

Steve Rotherham, the Labour MP for Liverpool Walton, said: “We have done in nine weeks what it normally takes nine months or more to achieve, working with a phenomenally dedicated team, all of whom have worked for free and displayed total professionalism throughout.”

With He Ain’t Heavy, He’s My Brother topping the charts, members of the supergroup now account for almost 20% of all Christmas number one singles, with 12 out of 61 since the charts began, according to the OCC.

The Government said last week it would waive VAT on the Justice Collective’s charity single, after a campaign.

It also announced it will fund legal representation at the new inquest for the families of those who died.

It followed the publication in September of a damning report laying bare a cover-up which attempted to shift the blame for the tragedy on to its victims.