This site uses cookiesClick here to remove this messageMore information
Welcome to Silversurfers - features, offers, news & social forums for the over 50s...
Silversurfers
Log In Join
Silversurfers
Menu
Articles
Articles CultureMusicOh what fun he had… 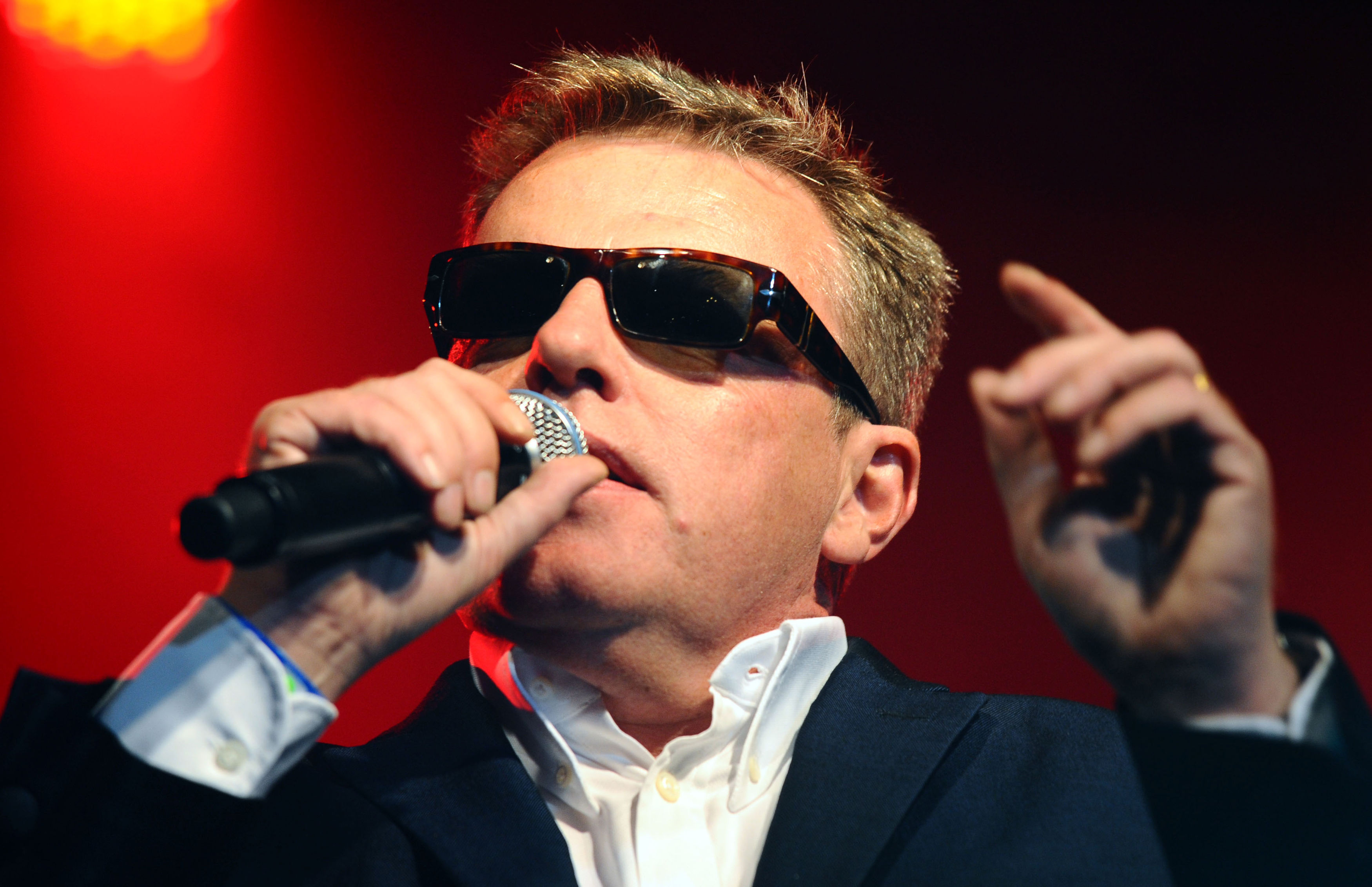 Oh what fun he had…

A quarter of a century after they split, Madness prevails and the band are as popular as ever. Frontman Suggs tells Hannah Stephenson about his journey from council estate urchin to royal favourite, with a lot of wild times in between …

A few minutes in the company of Graham ‘Suggs’ McPherson and you feel like you’ve known him forever. He’s the bloke down the pub who’ll have a pint with you and share a few good stories.

He may be 52 years old, but Suggs seems stuck in a lucky time warp: ageless, witty and good fun, much like the music he made with the iconic seven-piece ska pop band Madness back in the Eighties.

Last year was a major one for the sharp-suited, pork pie-hatted British band, performing on the roof of Buckingham Palace and in the closing ceremony of the London Olympics, singing Our House to an ecstatic crowd.

“It was an incredible year,” Suggs recalls. “The Jubilee was the highlight and had the most impact. I met the Queen. We were suddenly accepted into the establishment.

“I didn’t really have a clue what I was going to say. I just spontaneously said, ‘Scuse me, ma’am, but are you still into football?’ She said, ‘Not particularly,’ and I replied, ‘Can I have your Cup Final tickets then?’ Quick as a flash, she said, ‘That’s Tommy Cooper’.

“Although it’s a famous moment from an old Royal Variety performance, it was extraordinary that she could remember, it must have been 50-odd years ago.”

Madness’s music is still as irreverent as ever, with timeless hits like Baggy Trousers, One Step Beyond and It Must Be Love.

We’re here to discuss Suggs’s autobiography, That Close, much of which is adapted from his one-man show in which he relates his life story with anecdotes, jokes and music.

Raised by his mother, Edith, a jazz singer and barmaid, as a youngster he was often taken to clubs where she worked in London’s Soho and East End.

“There would be people like Francis Bacon and Lucian Freud and all these crazy Soho bohemians, but there was never any sense of malevolence or danger.

“In the Sixties, homosexuality and gambling were still illegal and drinking hours were highly restricted. These places were like oases for the unconventional. That was the norm for me.”

He didn’t know his father, who left shortly after he was born. Years later he discovered he’d been a heroin addict who died in 1975.

Suggs, who has been married to Anne (singer Bette Bright) for 31 years and has two grown-up daughters, Scarlett and Viva, says Madness didn’t really attract groupies.

“We started off in Camden, and I didn’t see a girl in Camden until 1979. They didn’t exist. We were just in Irish pubs with people who were drinking Guinness and punching each other.

“We didn’t have a huge girl demographic when we started. It was boys jumping up and down, it was a laddish thing.

“I remember getting off a plane from America for the first time, at a time when you still had the viewing platform at Heathrow, and there were thousands of screaming girls.

“We thought, ‘We’ve made it!’ It was like when The Beatles came back. We got off the plane – only to be trampled in the stampede of girls trying to get to Duran Duran, who were arriving on the next flight.”

He married Anne when he was 21, during Madness’s heyday. “Anne was around from the very beginning. We started going out when we were 18. She’d seen me, supported me and cherished me.

“The difficult bit came four or five years later, when I hadn’t been at home, my children were starting to grow up and I realised I hadn’t been around for much of their lives.

“I don’t regret it, because I had to do what I had to do. It was strange that the band fell apart when it was best for all of us that it did.”

His daughters have now moved out, but the family remains close. “They’ve left but they’re in walking distance of the fridge,” he jokes.

These days, as well as playing sell-out tours, the reformed Madness are in demand at festivals. A few years ago, at a big festival in France, they stood in for Oasis after the Gallaghers had a spat – and brought the house down.

Suggs puts the band’s longevity down to friendship. “Unlike a lot of bands, we were friends. We shared a lot of common interests. Making music was a by-product of our friendship, rather than the other way round,” he says.

“One of our greatest achievements is that we’re still friends now. Can you imagine taking seven kids from a school and saying, ‘You’re going to stay together for the next 35 years and have a huge, successful band and the ego and the money and still be friends’?”

Most of his bandmates came from dysfunctional families. They met in their teens, drawn together by fashion and music.

“During that period, pretty much everyone looked like Kevin Keegan. It was a flamboyant time for clothes and indeed hair. The band was just something to do.

“We were hanging around in a pub called the Hope & Anchor in the Angel [north London] and it was a very fertile music scene in the mid-Seventies with what they now call ‘pub rock’.

“There were lots of great bands like Dr Feelgood and Ian Dury’s first band.”

Suggs didn’t actually play an instrument. It was only when he started singing See You Later Alligator, as he and his mates piled out of the cinema after watching American Graffiti, that anyone realised he could sing – and he was in.

They’d watch Top Of The Pops, thinking they could do better. And they did. Out came the pork pie hats, fezzes and sharp suits, and the rest is history. They enjoyed 20 hit singles in eight years.

When they split, Suggs was only 25, and thought it was the end of his life.

“It felt like my career was over. I didn’t even feel like a singer. I was just the frontman of Madness with my mates. It was a scary time.

“I went to see a psychotherapist. I was really freaked out. I’d been in the band since I was 16 and we’d been together all the time. My life had been concentrated because of the whole explosion of the success of Madness.

“I only went to see the psychotherapist four times. He said things like, ‘You’re scared and you’ve every right to be. You don’t know what’s round the corner’. It was a very hard time.”

In retrospect, the break did them good, he reflects. “We never saw ourselves as pop stars, and it was good for all of us to get back to our roots and do something outside pop music.”

He went on to forge a new career as a DJ, actor and TV presenter, but kept in touch with the lads, and in 1992 they reformed, after a one-off gig attracted some 75,000 people.

In the last five years, their popularity has reached new heights, partly due to the internet, with young audiences introduced to Madness on YouTube.

Meanwhile, his one-man shows continue, with dates in December and throughout 2014 (www.suggslive.com).

And, of course, Madness prevails.

“We’re more excited about what we’re doing now than we were in the Eighties. We’re back in the frame. The plan is to make another album next year and do a really big Christmas tour,” says Suggs.

“There’s still a chance for us to do pop music without being seen as old fools.” 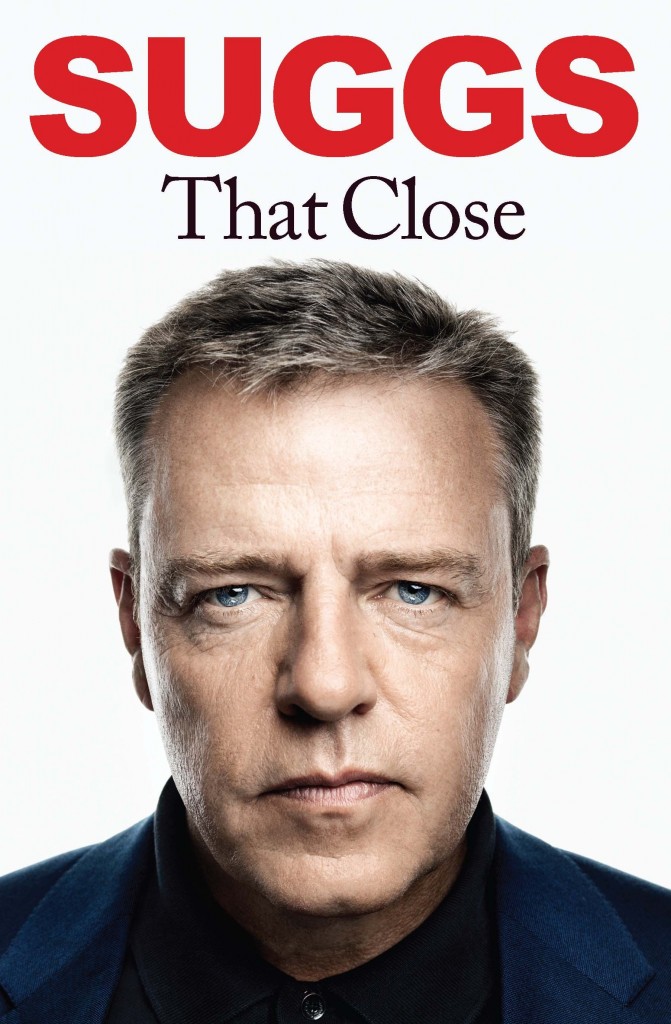 :: That Close by Suggs is published by Quercus, priced £20. Available now