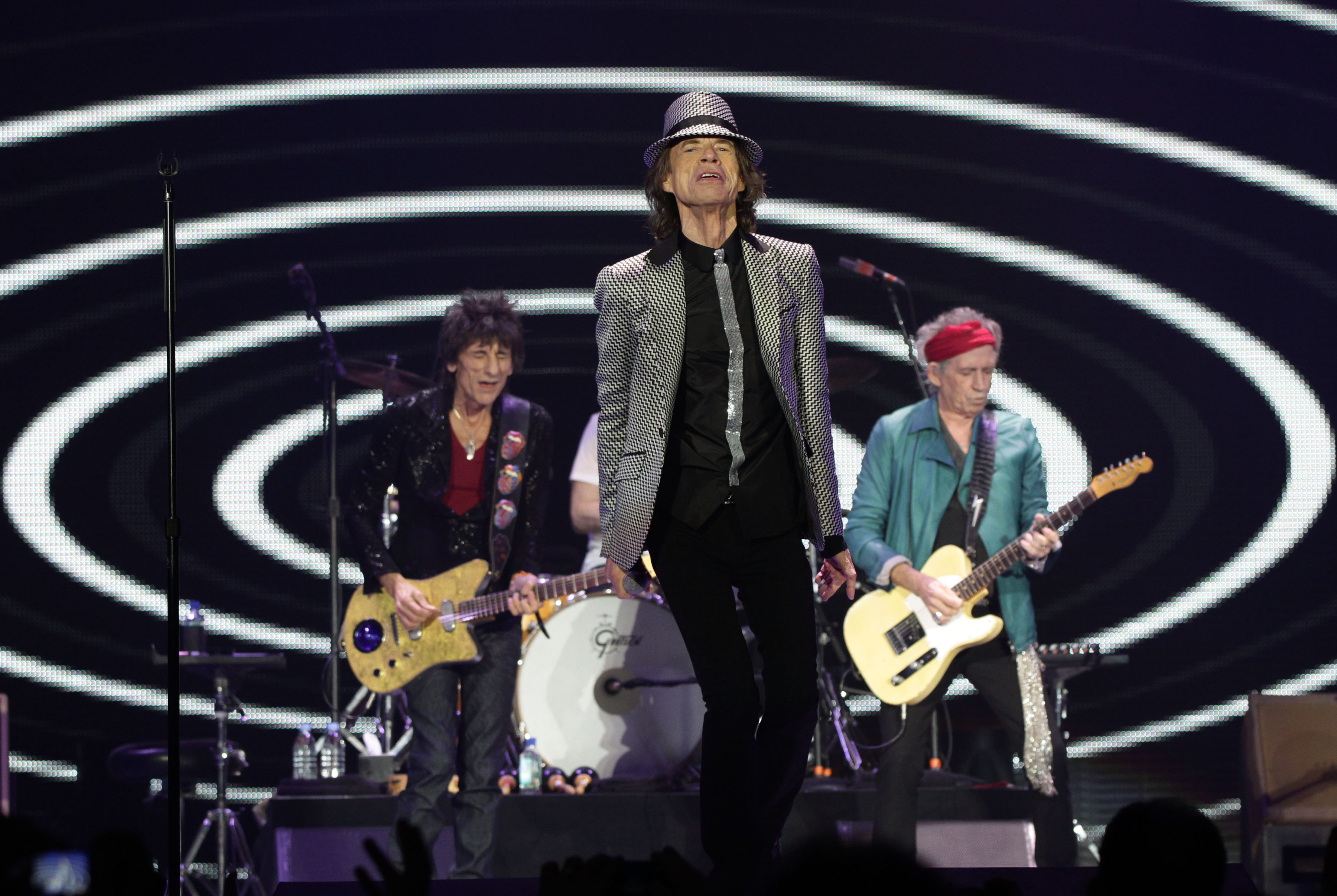 Ageing rockers The Rolling Stones have celebrated 50 years in the industry by performing to a packed London crowd for the first time since 2007.

Lead singer Sir Mick Jagger, 69, was joined by guitarists Keith Richards, 68, Ronnie Wood, 65, and drummer Charlie Watts, 71. It is the first time the band have been joined with former members Bill Wyman and Mick Taylor for more than 20 years.

They opened with I Want to be Your Man, with front man Jagger strutting around dressed in a silver blazer and trilby, before launching into Get Off of My Cloud.

“How’re you doing in the cheap seats? They’re not that cheap though, that’s the problem,” quipped Jagger.

Tickets for the show, which comes ahead of a gig at the same venue on Thursday before three in the US next month, started at £106.

Fans sitting in the ‘tongue’ – the area at the foot of the lip-shaped stage – forked out an eye-watering £1,140 per person. Tickets for both UK dates sold out within seven minutes last month.

Joking about the band’s age, Jagger said: “It’s taken us 50 years to get from Dartford to Greenwich.”

The set list included two new songs, One More Shot and recent single Doom and Gloom, for which Jagger played guitar. Wyman played guitar for It’s Only Rock ‘n’ Roll, during which Jagger strode and skipped around the lip of the stage.

Richards told the crowd “It’s good to see you… Though I can’t see anybody”, before taking over front man duties to sing Before They Make Me Run and Happy. Taylor guested on Midnight Gambler, accompanied by Jagger on harmonica.