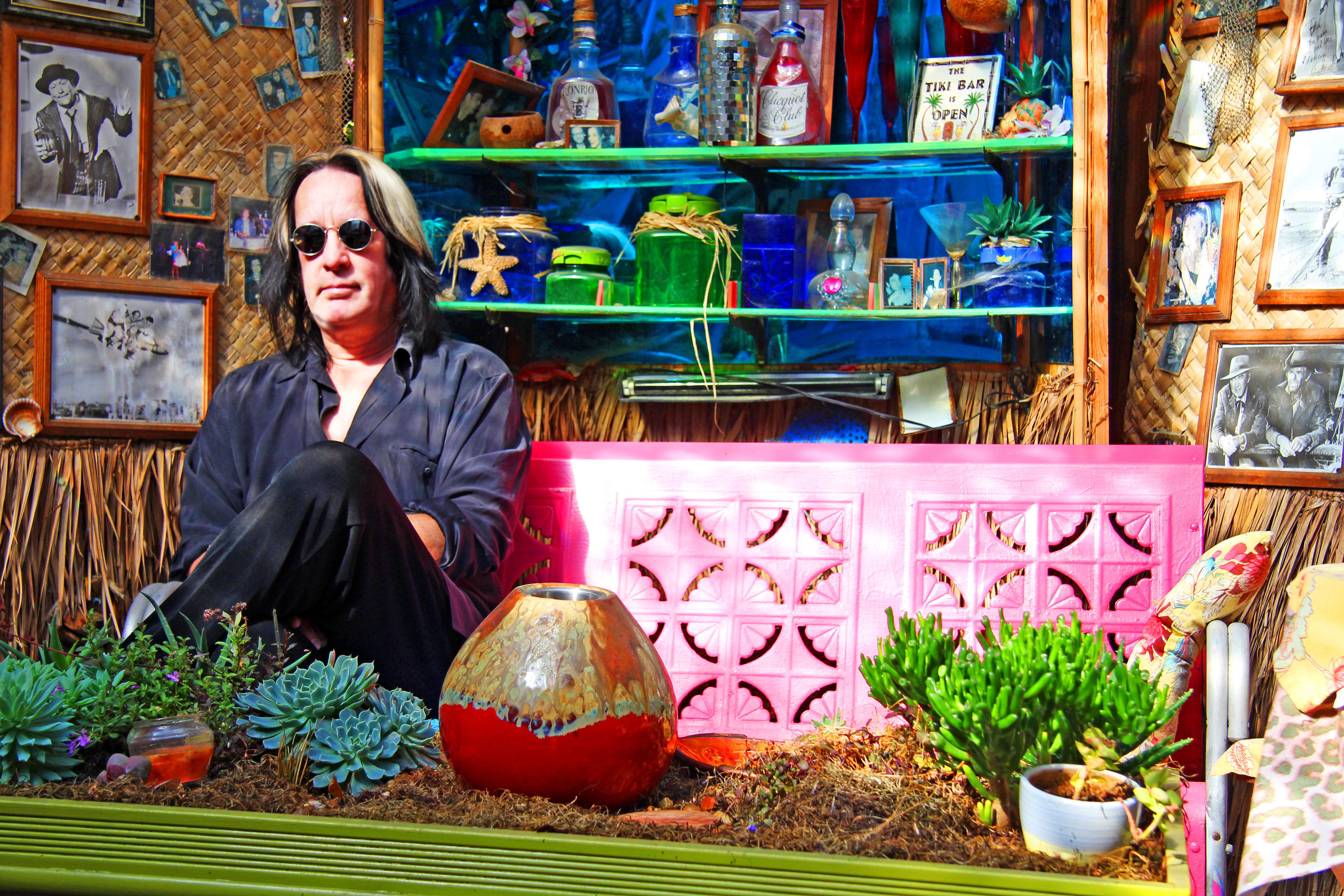 Rungrens’s Happiest on his Todd!

At the ripe age of 64, Todd Rundgren has released his 24th studio album and is set to tour the UK this month. Andy Welch discovers why he might just have the most dedicated fans in music.

Todd Rundgren isn’t a name that trips off the tongue.

It might ring a bell. You might even know his biggest hits, Seventies pop tunes Hello It’s Me and I Saw The Light.

Say his name to the right person of a certain age, however, and their eyes will light up.

He’s had that sort of career: not easy to keep track of, impossible to second guess and, in the case of some of his more experimental work, difficult to love.

Over five decades in the music business, the multi-talented instrumentalist, songwriter and producer, who turns 65 later this month, has created the sort of music that inspires utter devotion, and that’s where he comes into his own.

“I’m not fooling anyone and I never have,” says Philadelphia-born Rundgren, adding he can’t remember the last time he completed a tour without an audience member walking out after an hour, or demanding a refund because he hadn’t played Hello It’s Me, inside the first 60 minutes of the performance.

He’s not bitter about the walkouts – he considers them the unfortunate result of such a varied career. He’s laughing while telling the story, and he wishes those seeking a greatest hits show all the very best.

“I do hope they’ve learned their lesson and never come to another show of mine ever again, though,” he says.

“I wish promoters would be less vague with the show they’re selling. I suppose they go for what they think they can sell off my name, rather than advertising what the show actually is.

“The upshot of all this is that the audiences at my shows are survivors; a unique group of people who have been frequently tested over the years. They know they don’t know what’s going to happen, and they’re happy about that.”

These so-called Toddheads are indeed loyal, working as some sort of covert promotional online force in his name. They’re rewarded with many interactions with their hero. Rundgren knows many of his biggest fans personally.

Why this adoration, though? It all started in the early Sixties when, like the majority of teenagers in the US, he was taken with the sounds of The Beatles, Rolling Stones and the rest of the British Invasion.

His first band, Woody’s Truck Stop, was formed shortly afterwards, while his breakout success came when he and another member of the band left to form garage rock group Nazz in 1967.

They earned a sizeable following at the time, but a mixture of appearing on the genre-defining compilation Nuggets – an anthology of 1960s American garage punk and psychedelia – and being namechecked as an influence by contemporary bands such as Tame Impala, has seen their stock rise in recent years.

Unhappy with the sound quality of Nazz’s three albums, Rundgren went solo, releasing his debut Runt in 1970, and dedicated much of the rest of his time to production, working with the likes of XTC, Janis Joplin, New York Dolls, Badfinger, The Band, Hall & Oates, Grand Funk Railroad and, perhaps biggest of all, Meat Loaf.

Rundgren produced the multi-million-selling phenomenon Bat Out Of Hell, prompting Meat Loaf’s key songwriter Jim Steinman to say: “Todd Rundgren is a genius, and I don’t use that word a lot.”

His adventures in sound have always prompted him to be at the cutting edge of technology. While most artists were still using traditional studios in the early Eighties, Rundgren developed his own space to work using synthesizers, samplers and rudimentary computer technology.

He’s still in demand too, and today speaks of a number of work offers that have come in.

“I suppose my name is out there,” he says, musing why artists want to work with him, while he’s also remixed a number of young artists, not least the aforementioned Tame Impala, whose Elephant he gave a going-over last year.

As for his new album, State, he says he started by asking his son what he should do.

“He gave me a list of things to listen to, so I spent a while checking all that out. I also asked my friends’ kids what they were listening to, in case my son has his blinkers on. You never know, he might have bad taste!”

He started out with electronic musician Tipper, and went on through the work of American EDM (electronic dance music) specialist Skrillex, finding himself lost for hours on YouTube clicking on ‘related videos’ down the right-hand sidebar.

“It’s all about discovery, and by the time I was done I ended up in a completely different place to where I started. I listened to a lot of (hip-hop star) Frank Ocean and Bon Iver. Instrumental music, experimental music, retro things I easily identify with, you name it.”

He says part of what spurred his current musical journey is the reverential treatment he gets from younger musicians.

“I figured I was getting namechecked by all these younger artists so I started to think about what it was they liked, and tried to do a bit more of it. This new album State is me applying the traditional songwriting skills I have, one of the things people like about me, to something like EDM that’s largely instrumental.”

As for what comes next, he won’t say, although he does know he’s on tour until the end of the year – when he’ll rejoin Ringo Starr’s All Starr Band for a tour – and that he’s not committing himself to making electronic dance music forever.

“If people still want to think of me for the things I’ve done in the past, I Saw The Light, my album A Wizard, A True Star, or whatever, then great. All I ever wanted was the freedom to do whatever I want.”

:: Todd Rundgren was born in Upper Darby in Philadelphia, Pennsylvania, on June 22, 1948.

:: His biggest solo hit I Saw The Light was written in homage to his favourite songwriters, Laura Nyro and Carole King.

:: He helped raise actress Liv Tyler, and is listed on her birth certificate as father, despite her biological father being Aerosmith singer Steven Tyler.

:: Todd Rundgren’s new album State is out now and his UK tour starts on June 5