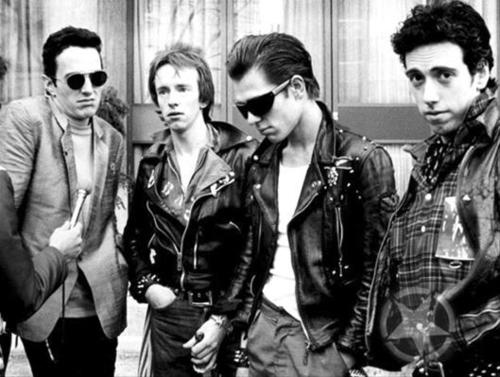 Punk idols The Clash are to be given an honorary award to recognise their contribution to the music industry at the Silver Clef Awards next week.

The band, who split almost three decades ago, will be given the main prize – the O2 Silver Clef Award.- at the annual event on Friday June 28.

Mick Jones, the guitarist and co-frontman of the group whose hits included London Calling and Should I Stay Or Should I Go, said it was a “real honour” to receive the recognition.

Other newly announced recipients for awards at the event, in support of music therapy charity Nordoff Robbins, include The Kinks founder Ray Davies and New York band Vampire Weekend.

The Clash were punk pioneers but embraced reggae, blues and funk on their increasingly ambitious albums. The band’s Joe Strummer died in December, 2002, but Jones and bass player Paul Simonon have gone on to perform together again, touring with Gorillaz.

Jones added: “Nordoff Robbins do great work and it feels special to be recognised at the O2 Silver Clef Awards.”

Nordoff Robbins chairman David Munns said: “The Clash’s music has just as much influence today as it did when they first came onto the music scene in 1976. It is no wonder London Calling has been described as one of the most influential rock albums of all time.

“Having been enormously influential in the UK music scene for over 35 years, I can think of no band more deserving of this award than The Clash.”

Davies, who landed his first record deal with The Kinks 49 years ago, collects the Hard Rock Cafe Ambassador Of Rock Award, while Vampire Weekend take the Raymond Weil International Award.

Other award winners to be honoured at the event in the London Hilton on Park Lane next week include Coldplay, Labrinth and Barry Gibb.

The awards were established 38 years ago and have raised more than £8 million for Nordoff Robbins, and this year’s ceremony is expected to raise around £500,000 to fund 20,000 music therapy sessions for children and adults.

The winner of the best live act prize will be announced on the day.