This site uses cookiesClick here to remove this messageMore information
Welcome to Silversurfers - features, offers, news & social forums for the over 50s...
Silversurfers
Log In Join
Silversurfers
Menu
Articles
Articles CultureTelevisionBest on the box for 2014 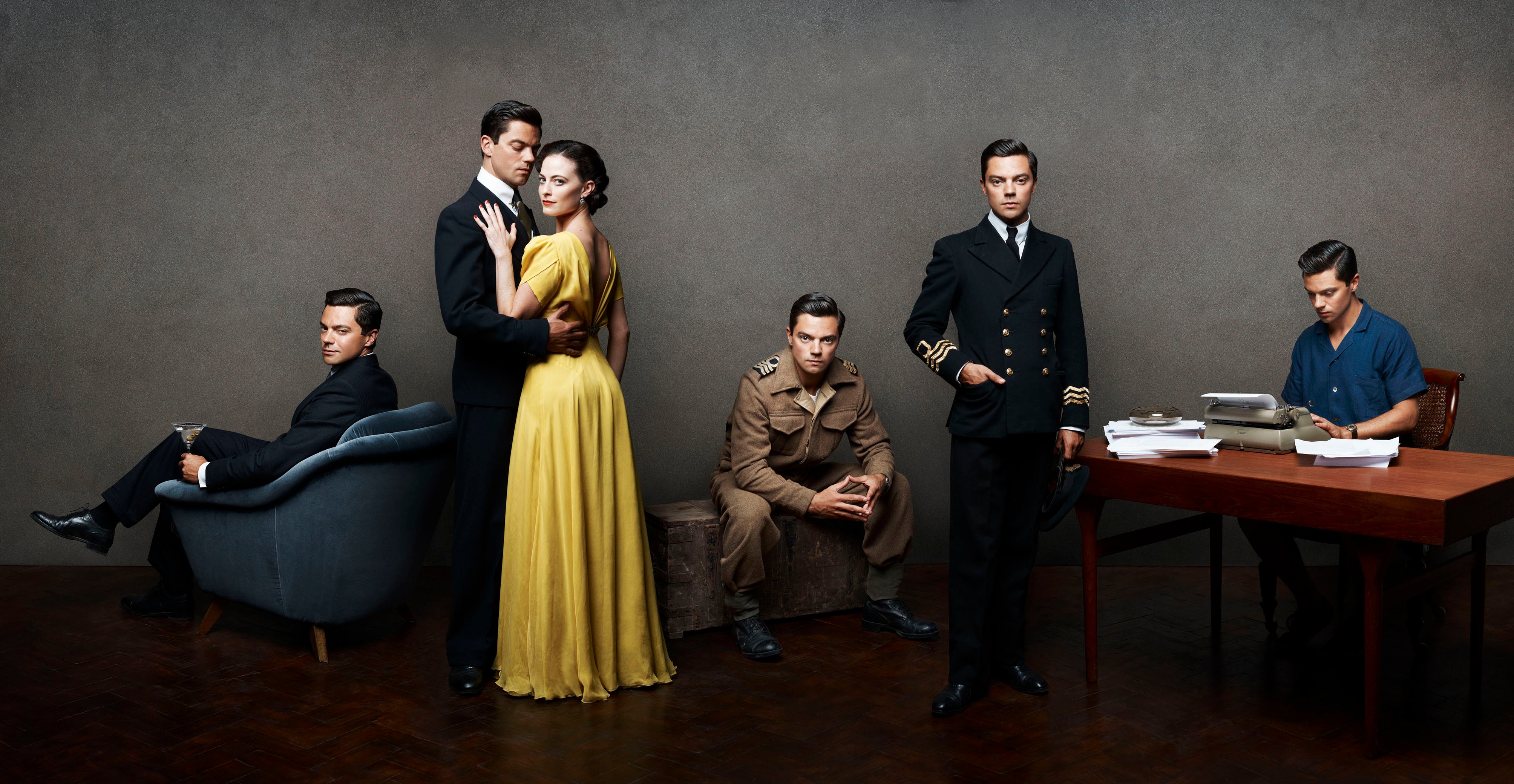 TV fans have been spoilt for choice this past year, but what will 2014 bring? Susan Griffin takes a sneak peek at some of the programmes we’re sure to be tuning in to…

Before James Bond’s thrilling adventures hit the page or screen, they were experienced first-hand by Ian Fleming. Sky Atlantic will show a four-part drama, starring Mamma Mia’s Dominic Cooper as Fleming, based on his time as a naval intelligence officer. “Even if you’re not a Bond fan, it’s certainly compelling,” says Cooper. “You see all those references and where the inspiration comes from.” Fleming spent his formative years living in the shadow of his brother Peter (played by Rupert Evans) and under the disapproving eye of his mother (Lesley Manville), but everything changed when he was recruited in the fight against the Nazis. The series shows how his ability to spin a yarn made him a perfect fit for espionage, and in turn inspired him to create one of the most famous fictional heroes in history.

Gabriel Byrne stars as the titular character in BBC One’s new drama Quirke, based on the books by Benjamin Black (the pseudonym of the award-winning Irish writer John Banville) and adapted by acclaimed screenwriters Andrew Davies and Conor McPherson. It follows the charismatic loner and chief pathologist in Dublin’s city morgue as he uncovers the secrets of sudden death in the Fifties. Expect a world of smoky streets, damp alleys and bars that glimmer with peat fires in this atmospheric drama.

A NEW DRAMA IS BORN

The Bafta-winning writer Kay Mellor (Band Of Gold, Fat Friends and The Syndicate) has penned a new six-part series for BBC One called In The Club. It follows six very different couples who bond at the local Parent Craft class in the last trimester of their pregnancies. Each have their own unique issues to deal with, from swollen feet and chronic wind to debt, divorce and death, in a drama about the changing nature of relationships a new baby brings.

NO SMOKE WITHOUT FIRE 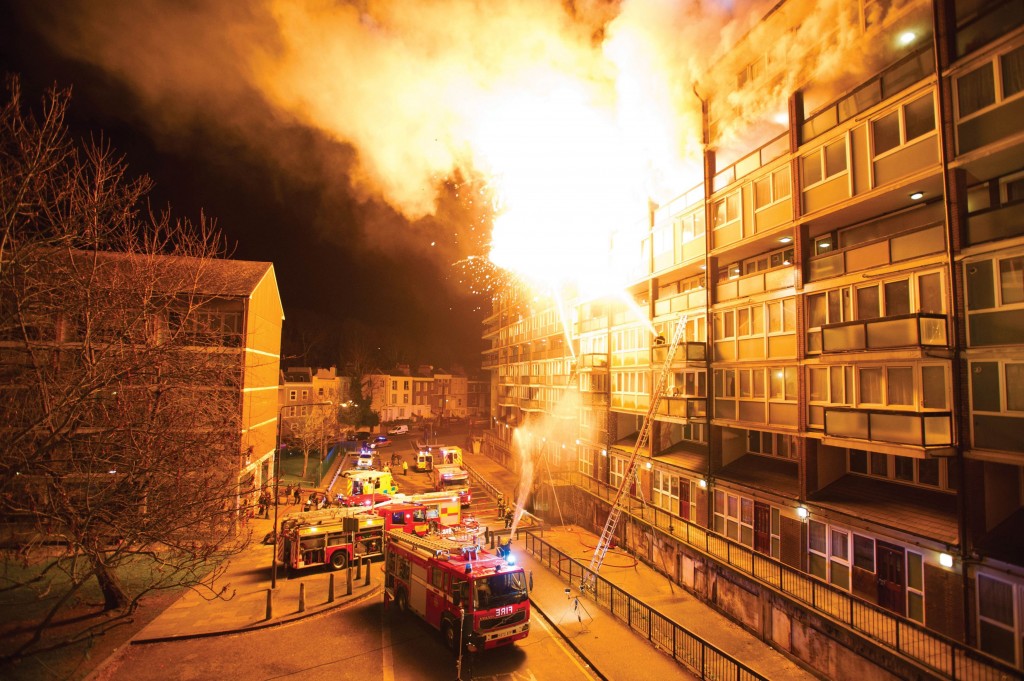 From the pen of British writer Lucy Kirkwood (Skins) is Sky 1’s The Smoke, a high-octane drama starring Jamie Bamber, of Law & Order fame, as a veteran fire fighter searching for justice, after the most traumatic call-out of his career causes him to question things. “I’d just finished a series in LA and wasn’t really thinking of coming back to London, but there’s a daring freshness in Lucy’s writing that hooked me,” reveals Bamber. Jodie Whittaker, last seen in Broadchurch, plays his girlfriend, Trish, who’s striving to hold onto love against the odds, while Rhashan Stone plays his best mate Mal, whose loyalty is tested to the extreme.

Shameless star David Threlfall plays the legendary funny man in a film for ITV called Tommy Cooper: Not Like That, Like This. The script focuses on the dilemma that the much-loved comedian faced when he fell in love with assistant Mary Kay (Helen McCrory) and embarked upon a relationship that would last 17 years, despite being married to Gwen (Amanda Redman). It also reveals Cooper’s working relationship with his dour agent, Miff Ferrie (Gregor Fisher), who managed his career until Cooper’s shocking death in front of millions of television viewers during Live From Her Majesty’s on April 15, 1984.

A NEW YORK STATE OF MIND

Rev’s Tom Hollander stars as Dylan Thomas in BBC Two’s A Poet In New York, which explores how the Welsh writer wound up dead in the Big Apple in 1953, aged only 39. He was en route to Hollywood to write an opera, but first needed to fulfil a commitment to take part in a production at the prestigious Poetry Centre in Manhattan. What might have been a triumph turned into a requiem for a man whose life had spiralled out of control. “Thomas was a great poet, whose blazing life and premature death left both a considerable poetic legacy and an enduring reputation for bad behaviour,” says Hollander. “He was also quite fat. Playing him is both a wonderful acting challenge and a great opportunity to eat things that I would normally have to avoid.”

Political Editor-turned-novelist Tom Bradby’s written a new four-part period drama for ITV called The Great Fire Of London. Set over four days in 1666, the story follows the lives and loves of both historical and fictional characters in a world where, on the surface, the rich have everything and the poor have nothing. From the humble baker Thomas Farriner and his family, to the ambitious Samuel Pepys and King Charles II, the characters’ stories interweave as the city, and their lives, are changed beyond imagination during one of our nation’s greatest historical disasters.

A MODERN TWIST ON THE MAKEOVER

Katie Piper, who was scarred in a horrific acid attack in 2008 and has been campaigning for burns victims ever since, fronts a new show called Undo Me for Channel 4. In the series, she questions the nation’s growing obsession with body modification, from tattoos and breast implants to permanent make-up and fillers, asking what motivates people to tamper with their bodies, while helping those looking to ‘undo’ the work they’ve had done. Given what the presenter and mum-to-be has been through, it’ll be interesting to see how the programme’s subject matter is handled.

Life On Mars actor John Simm heads to Manchester to play the lead in a new three-part action thriller for ITV called Prey. Simm stars as Detective Constable Marcus Farrow, a well-liked copper with a wife and two kids, whose life is turned upside down when he’s found at the scene of a brutal crime. Forced on the run when all the evidence suggests he’s the perpetrator, it’s a race against time to clear his name and uncover the truth.

A-list actress Maggie Gyllenhaal plays the titular role in Bafta-winner Hugo Blick’s (The Shadow Line) seven-part drama for BBC Two, called The Honourable Woman. “I couldn’t put the scripts down. Nessa’s such an exciting and intricate character,” says Gyllenhaal of her role in the fast-paced thriller. Following the murder of a Palestinian businessman, Nessa and her brother Ephra (Andrew Buchan) find themselves placed under the scrutiny of both Whitehall and the Secret Intelligence Service. As a result, Nessa’s forced to confront not only the true nature of her business empire but also her brother and, ultimately, herself.

Which of these may take your fancy in the New Year?