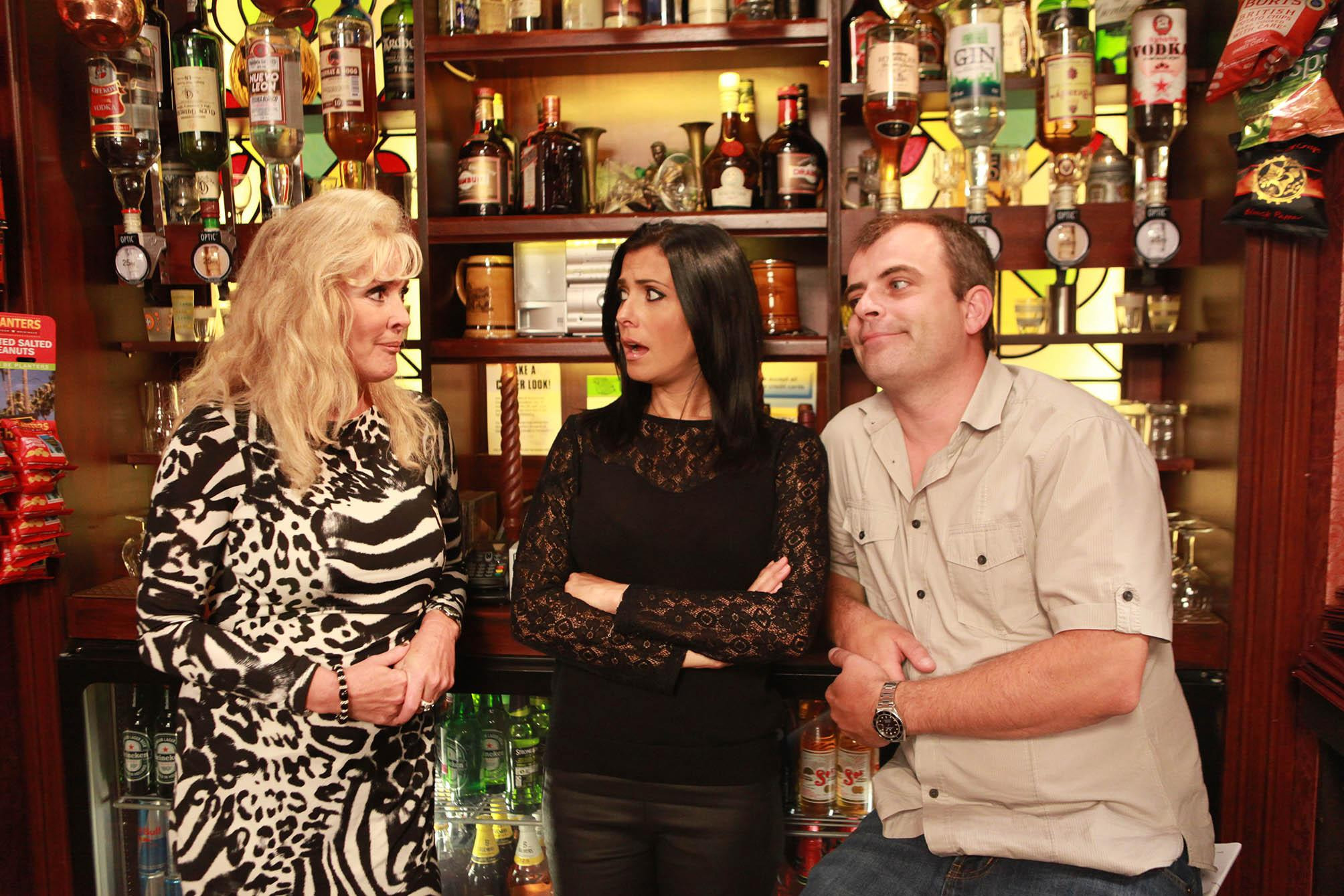 It’s coming up to 25 years since Liz McDonald first appeared on Coronation Street. As she returns once again, actress Beverley Callard talks to Susan Griffin about life’s ups and downs, both on and off the Street

The residents of Coronation Street are about to be struck down by a severe case of deja vu. Liz McDonald is returning to reclaim her place behind the bar of the Rovers and the outfits are as outrageous as ever.

“She’s still brash but she’s got some cash,” says Beverley Callard, who’s played the iconic character on and off since 1989.

“Yesterday, I had my hair in a Scouse bun so it was scraped off my face. I had this dress on that was too tight with a Wonderbra and false eyelashes. It was awful!” she exclaims.

As much as she’d like to tone Liz down, “the rest of the cast can’t wait to see what emerges from the dressing room!” she laughs.

Tall and slender Callard, who’s combined her acting with work as a fitness instructor for the last 30 years, is looking amazing in an understated black trousers, black shirt and heeled black boots (she has tiny size two-and-a-half feet) as she takes a break from filming.

It’s been two-and-a-half years since she left the show and the 56-year-old actress admits she was tentative about returning.

“I had to think about it. I love playing Liz and I love the show but I thought, ‘Do I have to stop real life again?'” says Callard in her lispy Leeds accent.

“I’ve just done 32 weeks on tour in a really demanding play but nothing is as knackering as Coronation Street.”

Liz’s homecoming is sure to please viewers, including a certain knight. “I was at a party in Manchester years ago and I got this tap on my shoulder. It was Anthony Hopkins,” recalls Callard. “He said, ‘I so love your character, you’re so real’. My legs went to jelly.”

Sir Anthony for one will be happy that Stuart Blackburn, the show’s executive producer, was adamant that Liz should return and arranged a clandestine meeting with the actress when her theatre tour stopped off in Manchester.

“He said he wanted Liz to run the Rovers again and I just couldn’t say no,” says Callard, who admits she felt nauseous as her husband Jon (she’s been married three times before and has two grown-up children, Rebecca and Josh) drove her to the studios.

“I thought I was going to be sick. It’s not the work, it’s just walking into that building – but I’m having a ball,” says the actress.

Since viewers last saw Liz, she’s been busy working at a health spa in Spain and following a successful investment in the business returns a woman of substance.

“Steve [Liz’s on-screen son played by Simon Gregson] has called her and said, ‘I want to buy the Rovers and it should be you and me,'” says Callard.

That phone call paves the way for Liz to make her return in suitably dramatic fashion, breaking up a fight between Kylie (Paula Lane) and Tina (Michelle Keegan).

“They’re both so tiny – Liz just hoists them out of the Rovers,” laughs Callard, whose own youth she describes as “wild”.

“In the sense I smoked in the girls’ toilets and played truant – but not wild in today’s sense. I was headstrong,” says the actress who ran away and got a flat at the age of 16.

To pay the rent, Callard worked in a haulage office. “I was useless. I’d get so bored I’d answer the phone in a different voice each time.”

She made her acting debut on stage shortly afterwards, was cast in Emmerdale Farm in 1983, popped up in Corrie as Gail’s friend June the following year and five years later, got the call to play Liz.

Callard is now three months into filming her most recent stint on the Street. While she may not initially be in any big storylines, the actress has been on set “all day, every day” working primarily with Gregson and Kym Lomas, who plays Steve’s girlfriend Michelle.

“Every time Steve got a girlfriend Liz hated her, so every 18 months I’d replay the same scenes. It’s just so boring,” she says.

“But Liz and Michelle get on really well. They’ve got Steve in the middle of them and they both know he’s a complete plonker.”

It’s not entirely smooth sailing though. The new landlady’s presence is sure to ruffle Stella (Michelle Collins), who’s been running the Rovers.

“Michelle and I are dying for scenes where we clash,” says Callard. “There have been a couple of occasions where Stella and Gloria [Stella’s mum played by Sue Johnston] make barbed comments, but Liz annihilates them.”

There’s laughter in store when Liz and her mates Deidre (Anne Kirkbride) and Eileen (Sue Cleaver) get very drunk in the Rovers.

“Unfortunately, Liz is the only one who knows Sisters Are Doing It For Themselves,” says Callard, who appears in brilliant spirits but doesn’t shy away from the fact the last few years have been tough.

There have been financial worries and it was reported last year that she was facing bankruptcy after being hit with a tax bill of £60,000. “I’m still skint but I’m climbing back up again,” she says.

Her beloved mother Mavis died in January 2012 which was “just horrific”.

“With Alzheimer’s, the person who you love dies in front of you, but physically, they’re still there.” 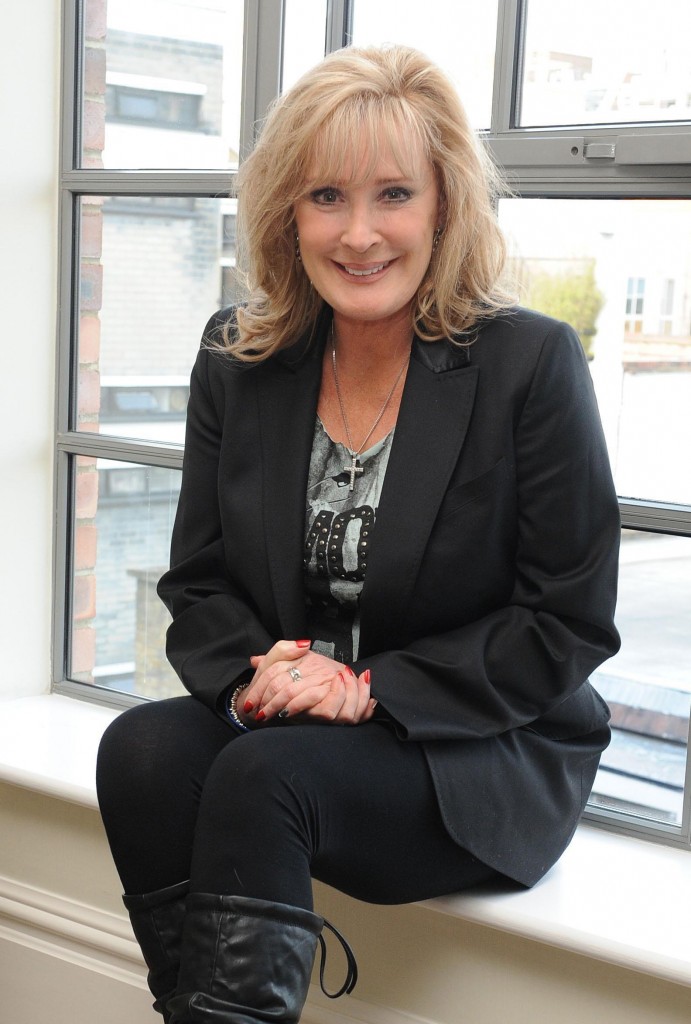 Callard has also talked openly about her battle with depression, which culminated in being admitted to the Priory clinic in early 2009.

It wasn’t her intention to share her experiences. “It began because I was in the Priory for such a long time. I was taken twice a week to another hospital to have these electrodes put on my head. It was absolutely terrifying and I didn’t think I’d ever talk about it, but another patient’s visitor took a photo of me in pyjamas having a fag and sent it to the press.”

The newspaper didn’t print the picture but word got out. “Unless you say how it really was, people guess and make it up,” says Callard, who decided to write a book about her life in 2010 and now works with the mental health charity Mind.

“I thought, ‘I’m such a strong person, that could never happen to me’, but in a way it’s the curse of the strong,” says the actress, who’s now keen to focus on the future.

“I never gave myself enough time to be me. I’m trying to do it differently this time and be more sensible, but I do find it so hard. Work takes over everything. I’m such a perfectionist and worrier.”

Although she and her husband have a house in Media City, Salford, she considers home to be their place in Spain. “I’m properly Beverley when I’m there as I don’t get recognised as much,” says Callard.

“Jon and I had a month in Spain with our two best friends before I came back to Corrie and one day we went on a pub crawl on these push bikes and I fell off stationary. Stationary!” she exclaims.