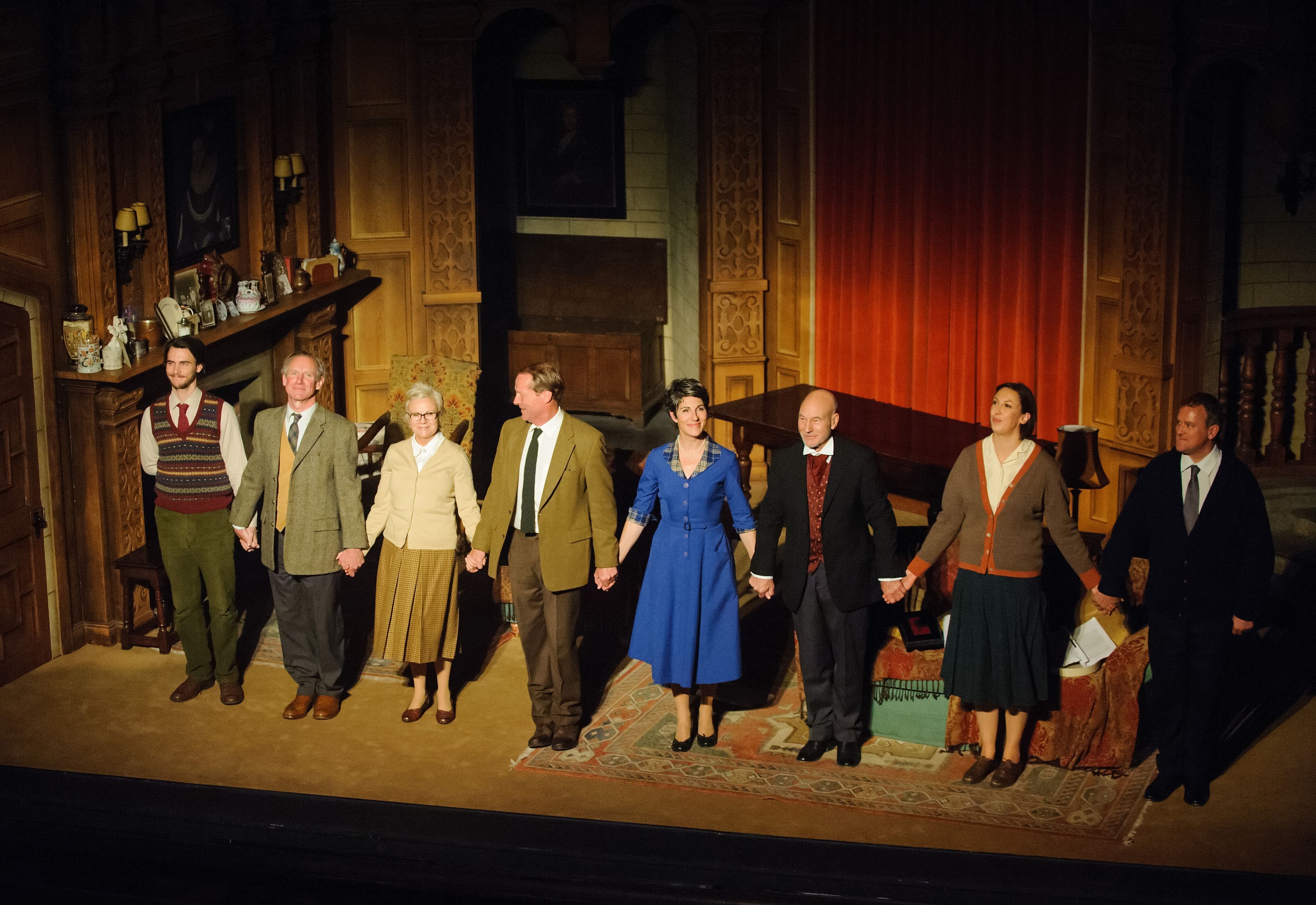 Sir Patrick Stewart and Julie Walters have performed with a star-studded cast to celebrate the 60th anniversary of the world’s longest running stage production…. The Mousetrap

The 25,000th performance of the murder mystery also saw celebrated stage actor Iain Glen and Game Of Thrones star Harry Lloyd perform at St Martin’s Theatre, where it has played since 1973.

The stars donned black trilbies and wide smiles at the unveiling of a memorial to Dame Agatha at St Martin’s Cross before the charity gala performance of the classic whodunit.

Richard Attenborough and his fellow film star and wife, Sheila Sim, took the leading roles when the production opened at The Ambassadors Theatre in 1952. It played there for 21 years and moved to the adjacent St Martin’s Theatre in 1973 without missing a performance.

The Mousetrap has been the world’s longest running stage production since 1958. The first ever UK tour, which was scheduled to last 60 weeks, continues to play to sold-out houses with additional performances being added in most regions – while the 60 licensed productions around the globe continue to set records of their own.

All the proceeds from the night will be donated to Mousetrap Theatre Projects, the theatre education charity seed-funded by the play.

Since The Mousetrap opened 411 actors and 239 understudies have appeared in the play.

The Mousetrap, which holds numerous Guinness World Records, has been performed around the world in 50 different languages.

Dame Agatha’s grandson Mathew Prichard welcomed the audience for Sunday night’s anniversary performance. The author and playwright gave her grandson the royalties from the play for his ninth birthday and in recent years Mr Prichard has donated them to charity.

Have you seen The Mousetrap and if so in approximately which year?