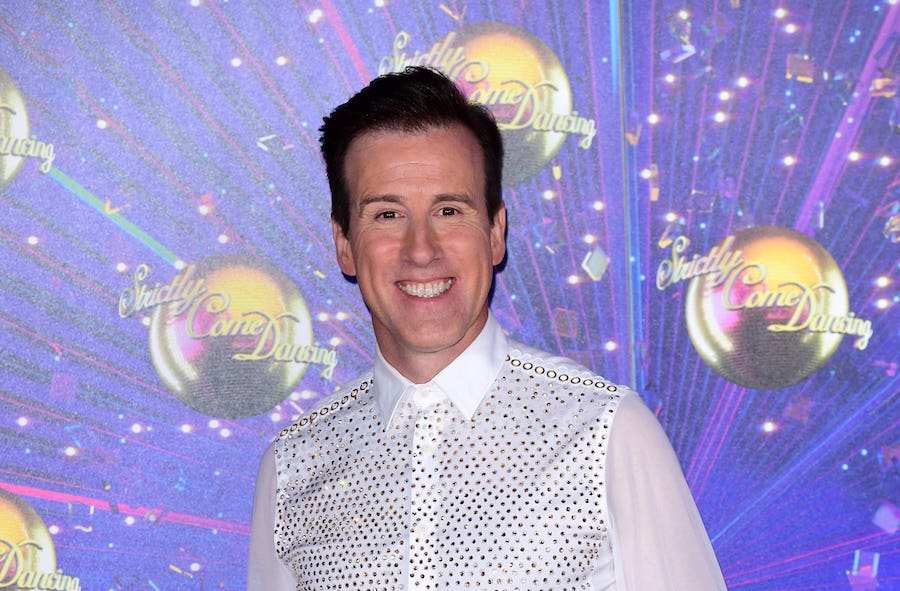 Anton du Beke talks Strictly, cosmetic surgery and about being ‘quite romantic in an old-fashioned way’

The Strictly judge tells us he has no desire to get old but would not go under the cosmetic surgery knife.

The day we speak, Anton Du Beke is on the move in a buggy at his local golf club Wentworth – home of prestigious professional competitions and, of course, the favoured course of his old mucker, the late Strictly Come Dancing host, Sir Bruce Forsyth.09

“It’s my quiet place, where I come to play golf – it’s a little bit of heaven,” he says affectionately.

Although Du Beke, 55, is no longer dancing on Strictly, he likes to keep himself trim and golfing helps him do it.

Fans will have seen that he’s taken to the role of judge like a duck to water, alongside the likes of Shirley Ballas, Craig Revel Horwood and Motsi Mabuse.

Before the series began, he said he was going to be kind and empathetic, knowing what it’s like on the other side of the fence. And he has stuck to that principle.

“People don’t really know – and the (other) judges don’t know because they haven’t done it – what it’s like on Wednesday and Thursday when you are dancing in the studio and it’s going marvellously and the routine has come together and the concept works.

“Then on Saturday night when it goes terribly and it’s nothing like you’d planned, nobody knows what that disappointment is like, because you only get one go. It’s live and that makes everybody a bit more tense and then things happen.”

“You have to just pitch it where you think you are going to get the best outcome,” he says candidly. “There’s no point in making really hard work for somebody who is struggling.

“When I got Ann Widdecombe in the studio (in 2010) I was absolutely delighted. People have to remember that 10 years ago we didn’t have concepts, people weren’t flying in or using complicated props. We invariably danced with somebody of the correct height.

“This was the first time I danced with somebody who was a foot shorter than me. As funny as it was, what was I going to do with her? That was my concern. But when we had a conversation in the studio, I realised immediately that we were like-minded and we decided we were going to do whatever we wanted, regardless of what we were supposed to be trying to do.

“I like to think that I’ll be part of the Strictly greatest hits package.”

In January he embarks on a national tour of Showtime, a new extravaganza with fellow professional dancer Erin Boag, which pays tribute to some of the world’s greatest icons of entertainment including Fred Astaire and Ginger Rogers.

Talking about how he keeps his fitness levels up, he says: “I go to the gym, working with a trainer three or four times a week if I can. When I’m touring I rest and stretch between shows.”

But he doesn’t like to be away from home for long. A doting dad to four-year-old twins George and Henrietta, he doesn’t want to miss them growing up and doesn’t do long hotel stays when he’s on tour.

“I love being a dad. It’s my favourite thing in the whole world. We have a great time. If I could, I’d have about 50 kids. Hannah wouldn’t like it, of course.”

His wife, Hannah, also plays golf with him and he is hugely aware that he needs to remain fit and healthy for his children.

He did, however have a hair transplant in 2017 which he said at the time transformed his life.

“It was important just because I couldn’t see anything else apart from my hair being a bit thin. Every time I looked in the mirror that was all that I could see and I thought, ‘I’ve got to do something about that.’ It was the best thing I ever did,” he says now.

The second lockdown gave him time to write his latest novel, We’ll Meet Again, another romantic yarn set in and around the luxurious Buckingham hotel in 1939, as newlywed debonair dancer Raymond de Guise is off to war and a new hotel manager takes over.

The book is another collaboration – he comes up with the stories and the characters and narrates it while someone else gets it down on the page – but with all the familiar characters from his previous novels, which begins with the outbreak of war and ends in Dunkirk.

“Book two (Moonlight Over Mayfair) was nominated for historical romantic novel of the year award, which I was delighted about,” he enthuses. Does some of his inspiration come from his own romance with Hannah?

“I don’t know, really. I suppose you have to write about what you know and I often make the analogy that if I was pinned down to a desk and asked to write a science fiction novel, I wouldn’t be able to do it.

“You’d have to ask my wife how romantic I am,” he joshes, “but I think I’m quite romantic in an old-fashioned sort of way, so it’s fitting that the novel is of that ilk.”

While he held dance classes online during the first lockdown, he struggled with the second one, he recalls.

“We all found it a bit more difficult with the second lockdown. It was much gloomier and it wasn’t a good place at all for me,” he recalls. “I was fed up. I did struggle during the early part of this year.

“There are days when you sit on the sofa and find it difficult to find a reason to get off it again for the rest of the day. I found it difficult to get my mojo.”
Appearing on Steph’s Packed Lunch on Channel 4 with presenter Steph McGovern helped lift his spirits.

“I needed something to do professionally just to have a reason to have a shave and put a suit on and go and do something. I’m eternally grateful to Steph and everybody on the show for letting me be involved.”

While he’s delighted at people’s positive response to his judging, the only down side to fame is social media, he reflects.

“From what I can see, most people who engage in it are pretty unhappy. My answer is: don’t read it.”

Is he worried about his children being influenced by social media when they are older?

“I’m hoping the landscape of social media changes as our children get older,” he says. “I think things are changing. A lot of famous people are boycotting Twitter. I’m hoping it becomes a kinder place to be or we find some other way.”