Menu
Articles
Articles Entertainment & NewsAs sea eagles spotted at Loch Lomond for first time in over a century: we ask have you ever seen one? 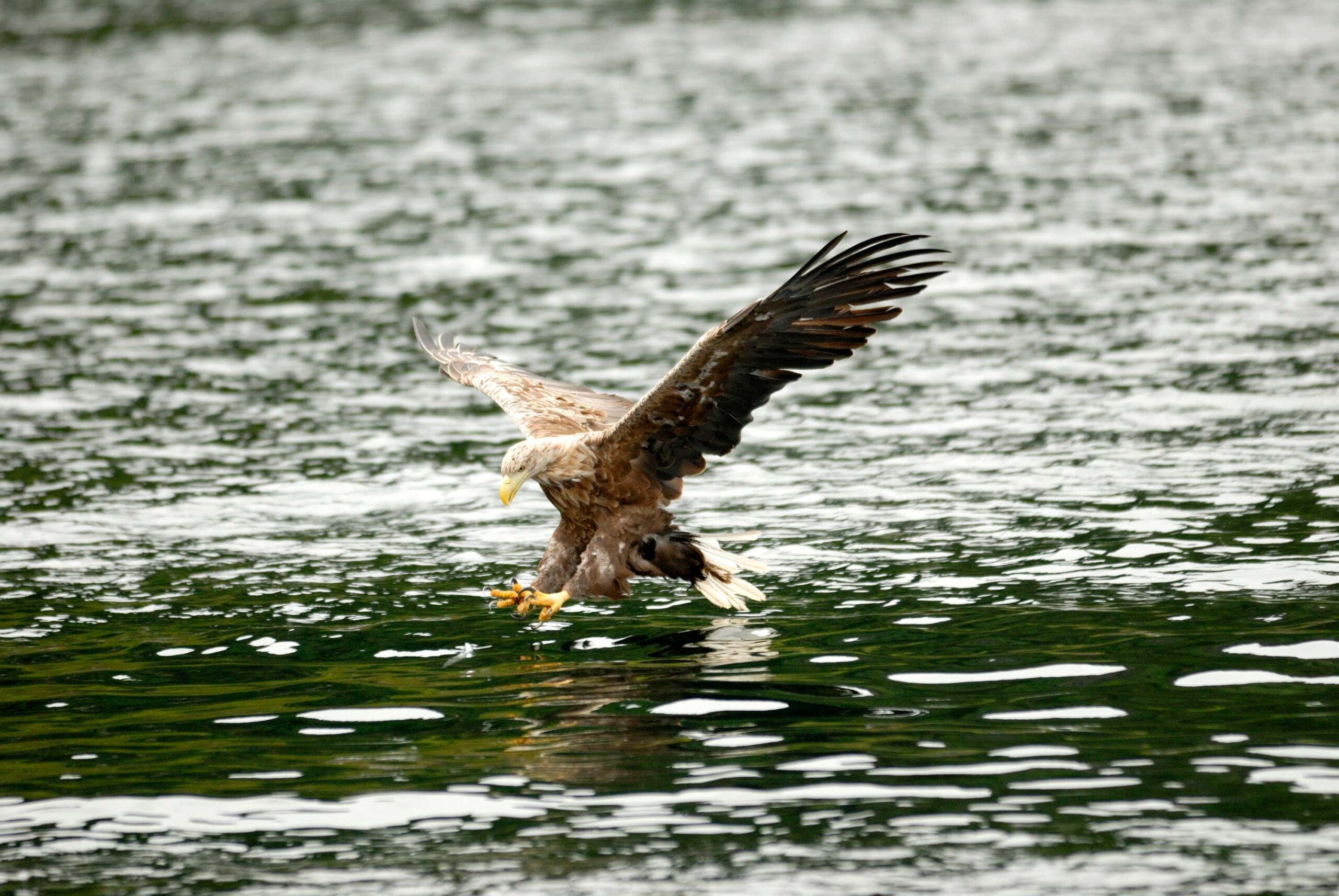 A pair of the birds have been seen searching for suitable nest sites at the loch.

They have since been observed “nest prospecting” – searching for suitable nest sites – suggesting they intend to stay.

Nature bodies are working together to protect the native birds and minimise disturbance, and an exclusion zone has been put in place around the area where they have been seen.

It is believed that this is the first time sea eagles have settled at Loch Lomond since their extinction in the early 20th century due to persecution and habitat changes, with the last known bird reported in Shetland in 1918.

NatureScot operations manager Paul Roberts said: “This is the latest chapter in the continuing success story of sea eagle conservation.

“Along with our partners, we carefully manage the reserve to offer rich and diverse habitats to support a wide range of birds and other wildlife, so it’s very rewarding to see the sea eagles return to Loch Lomond after all these years.

“We’re working closely with Loch Lomond and Trossachs National Park Authority (LLTNPA) and RSPB Scotland to protect the birds and we are urging visitors to enjoy the reserve responsibly and make sure they don’t disturb them.”

NatureScot, LLTNPA and RSPB Scotland are working together to monitor the birds’ behaviour, and to put in place protection and visitor management measures to ensure they are not disturbed by other loch users.

This includes an exclusion zone, signs asking visitors to keep their distance and monitoring of the area during regular ranger patrols.

Police Scotland are also aware of the presence of the sea eagles.

Simon Jones, director of environment and visitor services at LLTNPA, said: “White-tailed eagles are the UK’s largest bird of prey and to have them here in the National Park is something we are excited about.

“We all have a responsibility to help keep these special birds safe and try to minimise disturbance to them.

“We are engaging with a range of stakeholders who may be impacted by the birds’ arrival in the area, including loch users, visitors and local farmers.

“Protecting the natural environment and the wildlife here in the National Park is a priority for the Park Authority and we have plenty of experience of doing this, including our work to protect nesting ospreys and little ringed plovers, for whom we have put similar protections in place.”

Sea eagles were reintroduced to Scotland in the 1970s and again in the 1990s and early 2000s, and there are now estimated to be more than 150 breeding pairs.

NatureScot said there have been no reported livestock predation issues related to the sea eagles at Loch Lomond but in some locations, sea eagles can impact on farming and crofting by preying on lambs.

Have you seen a sea eagle in the British Isles? If so, tell us where and when in the comment section, we’d love to hear from you.

DieselEstate
13th Jun 2021
0
Thanks for voting!
Myself and a young friend used to regularly commute the distance between Banff and Aberdeen. Time was 2007 - 2008 for roughly 16 months. We drove the distance using the scenic route on the back roads, rather than just shooting straight down the A90. Not only for the change of pace but, for safety's sake as the A90 was the Death Race road, full of works Subaru's & Mitsubishi's driven by the unskilled monied clueless. Anyhow.
What a truly amazing sight the sea eagle was. Majestic. Totally in command of the huge skies over Aberdeenshire as we neared the coast. We used to joke between the two of us about their wee yellow wellies. Good times. Fantastic creatures. Not just a mere bird ....
ReplyFlag as inappropriate