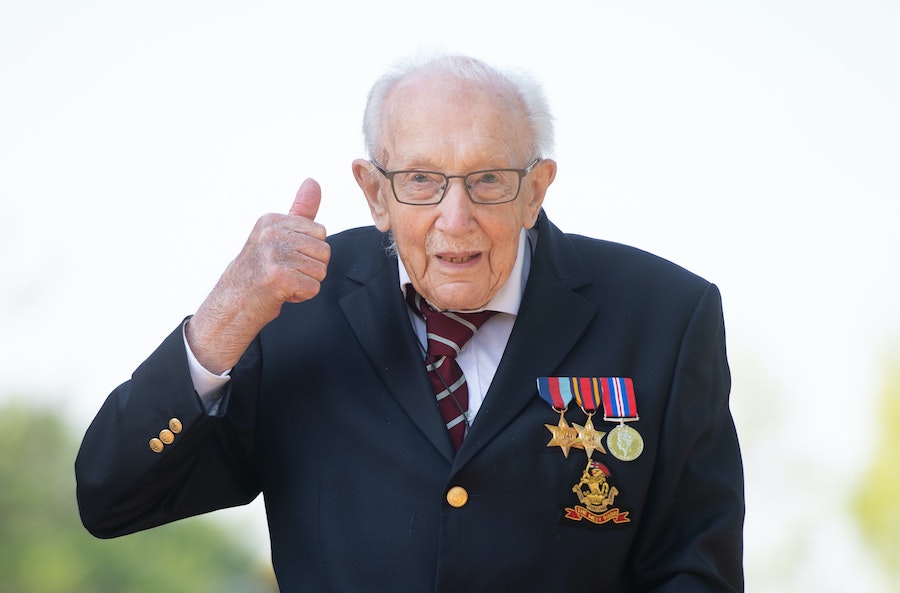 Captain Tom Moore is celebrating his 100th birthday at home with his family after a whirlwind few weeks in which he has been elevated to national hero status and raised almost £30 million for the NHS. 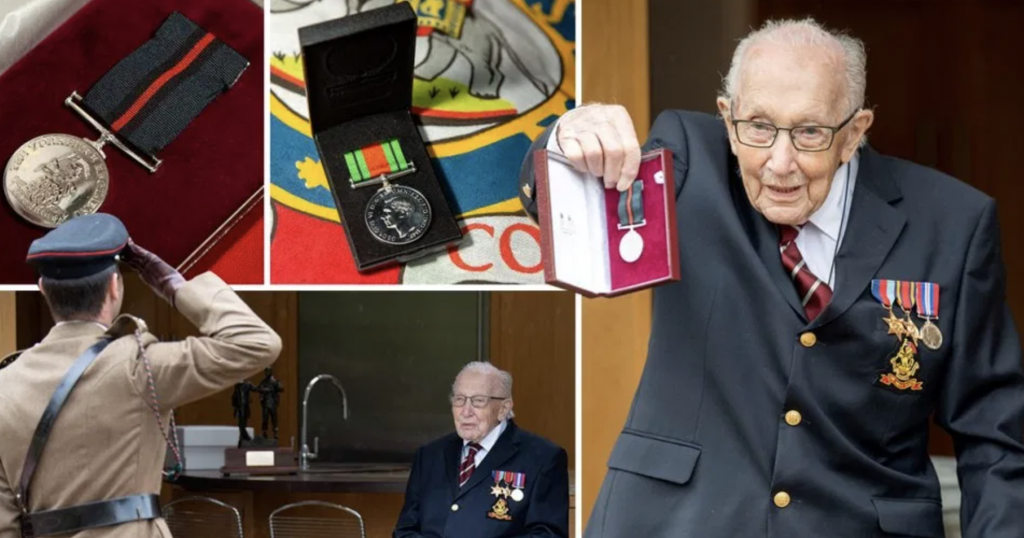 He has been appointed as an honorary colonel of the Army Foundation College.

The Second World War veteran set out to walk 100 laps of his garden before his 100th birthday on Thursday and has far exceeded his initial fundraising target of £1,000.

His determination captured the public imagination and after completing 100 lengths he decided to continue.

A Battle of Britain Memorial Flight flypast of a Spitfire and a Hurricane has been organised by the RAF to mark Capt Moore’s birthday, and he has been appointed as an honorary colonel of the Army Foundation College.

Chief of the General Staff General Sir Mark Carleton-Smith made the appointment, which has been approved by the Queen, in order to inspire the next generation of soldiers.

Capt Moore has been overwhelmed with birthday messages, including more than 140,000 cards which are being opened at a special sorting office set up at his grandson’s school.

Royal Mail has painted a postbox in Capt Moore’s village NHS blue in tribute to his fundraising efforts.

The postbox, in Marston Moretaine in Bedfordshire, has been decorated with a golden balloon.

“His achievements are truly phenomenal, and this is reflected in the affection shown for him across the world.”

Bill Chandi, who has been Marston Moretaine’s postmaster for 32 years, said: “This has been an incredible time – far, far busier than even Christmas, but I am very happy to help as Captain Tom is a remarkable man, a real role model.”

Both the Prince of Wales and the Duchess of Cornwall have written to Capt Moore to congratulate him on his achievements.

In a video released by Clarence House, Camilla said of “wonderful” Capt Moore’s fundraising efforts: “That sort of thing makes you proud to be British, doesn’t it.”

Capt Moore will not be leaving his house at all on Thursday and has asked that people stay at home and wish him a happy birthday from afar.

“It is quite extraordinary that I am turning 100,” said Capt Moore.

“It is even more extraordinary that I am doing so with this many well-wishers and I am in awe at the response my walking has had.

“To everyone who has donated, sent birthday cards and messages, sincerely thank you.

“Tomorrow Will Be A Good Day.”

He plans to spend his special day at home with his daughter Hannah Ingram-Moore and her family, who he has been self-isolating with.

They will all celebrate privately and will be joined by his daughter Lucy and her family through the use of technology.

The veteran and his family have been inundated with offers of gifts for his birthday.

“I am very comfortable and have everything I need,” said Capt Moore.

“Covid-19 has left so many without, so please donate to those in need. Thank you.”

He has also had a Great Western Railway (GWR) train named after him in honour of his charity achievements.

MollyUK
30th Apr 2020
2
Thanks for voting!
The British people have shown that they can rise to the challenge in hard times. Let's hope that this and future governments will find it in themselves to do the same:
1. Pay core workers a decent salary
2. Employ enough of them that they aren't under constant pressure through under-staffing
3. Stop farming out vital work to private companies who are only in it to make as much profit as possible
It's a small hope.
Congratulations, Colonel Moore, you've attained a worthwhile achievement in your life. I salute you, sir.
ReplyFlag as inappropriate

Katherine Jenkins to perform in online concert from an empty Royal Albert Hall
JOIN SILVERSURFERS AND...