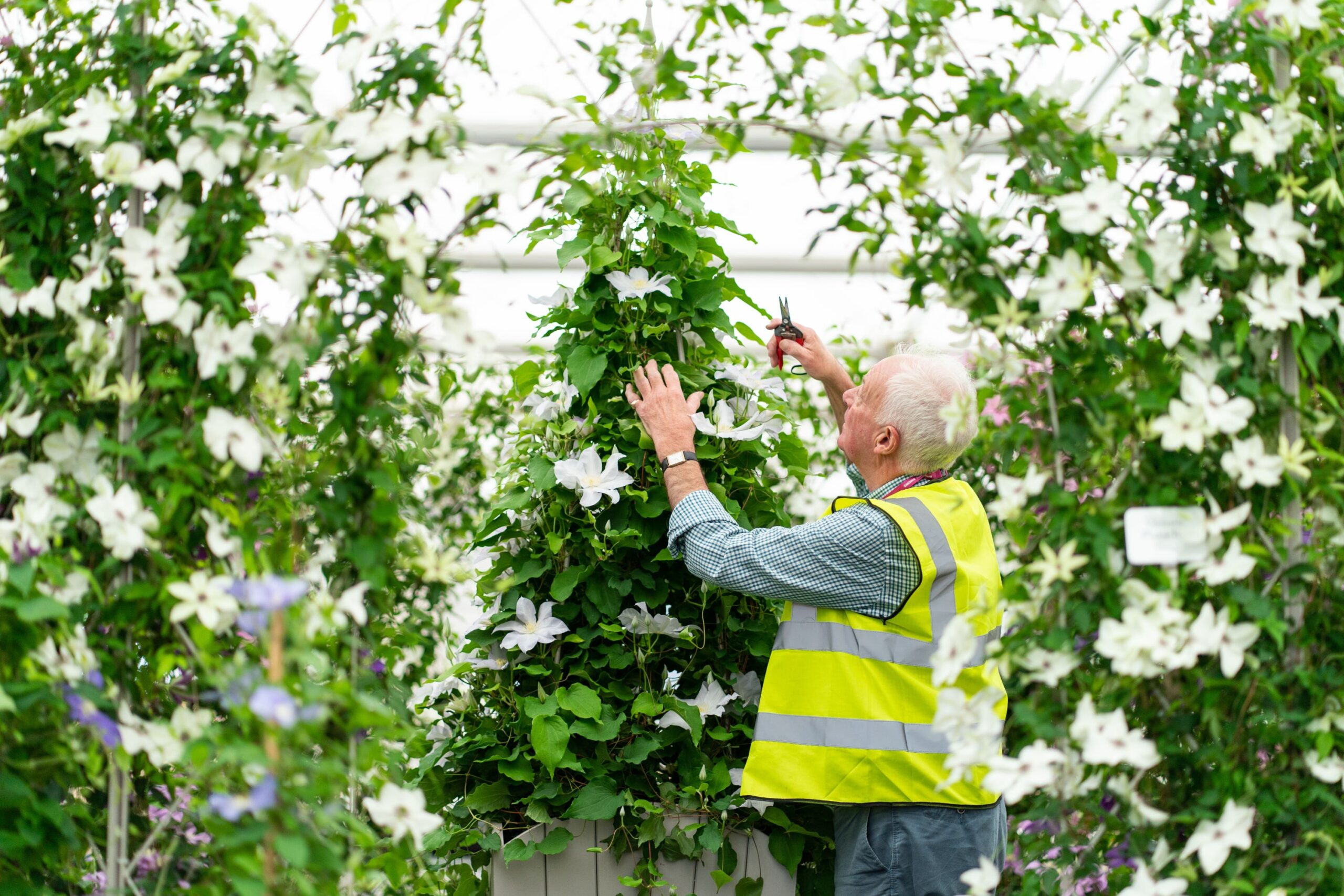 The show will have a different look and feel as it is held in September rather than its traditional slot in the spring.

A Chelsea Flower Show with a difference gets underway on Monday for a one-off autumn version of the world-famous event.

Members of the royal family and celebrities will get the first glimpse of the show, where dahlias, pumpkins and autumn colour replace spring and early summer blooms before it opens to the public on Tuesday.

The Royal Horticultural Society (RHS) postponed this year’s show – due to take place in May – in the face of the ongoing pandemic, having cancelled the event last year and taking it online as the UK endured its first lockdown.

This year’s autumn move means the event will have a different look, with blooms such as asters and dahlias, trees full of fruit and berries, grasses and seed heads, and autumn bulbs such as nerines.

The RHS said it would have a similar feel to the spring show, with show gardens and plant displays, but with new nurseries exhibiting seasonal blooms such as camellias and different plants across the whole site.

The horticultural charity is also keen to use the autumn version of the show to highlight that autumn is an important season for gardening, before it reverts to a May date in 2022.

Sue Biggs, RHS Director General, said: “We are so excited to be creating the world’s first RHS Chelsea Flower Show in September and celebrating this beautiful time of year in the garden with autumn colour and seasonal delights.

“Being the most famous flower show in the world, it is also a great opportunity to promote autumn gardening; whilst everyone associates spring with being the time to garden and grow plants, there is much that can be done now as well, like dividing herbaceous perennials, planting spring-flowering bulbs and collecting seeds to create colour in your garden next summer.”

Members of the royal family will tour the show on Monday, including the Earl and Countess of Wessex, the Princess Royal, the Duke and Duchess of Gloucester, Prince and Princess Michael of Kent, and Princess Alexandra.

They will visit the RHS Queen’s Green Canopy Garden, the largest plot at the show, which highlights the vital importance of trees and woodland, with 21 trees and more than 3,500 plants.

It forms part of efforts to promote the Queen’s Green Canopy project, an initiative to encourage people to plant trees for the monarch’s platinum jubilee in 2022, from October when tree-planting season starts.

They will also visit the Guide Dogs’ 90th anniversary garden, which features seed heads as designers adapt to the different season.

Also among the displays is an organic show garden by Yeo Valley, which encourages people to put nature first, and had to be redesigned with late summer planting when the show was moved.

“September is one of the most wonderful times of year in the garden and so it is extra special to be part of the first, and most likely only, Chelsea in September.”

The Florence Nightingale Garden, which marks the bicentenary of the birth of the trailblazing nurse and celebrates the importance of the nursing profession in the 21st century, will be relocated to St Thomas’ Hospital in London in 2022 – to a spot currently being used as a Covid-19 testing and vaccination centre.

It will feature seed heads of foxgloves – Nightingale’s favourite plant – as the flowers will be over by September.

Within the great pavilion of the show there is a piazza featuring fruit and vegetables such as pumpkins to mark the harvest season, and a two-metre high wall of clay beehives within pollinator-friendly planting.