This site uses cookiesClick here to remove this messageMore information
Welcome to Silversurfers - features, offers, news & social forums for the over 50s...
Silversurfers
Log In Join
Silversurfers
Menu
Articles
Articles Entertainment & NewsEverything you need to know about spotting the signs of stroke, and how to reduce your risk 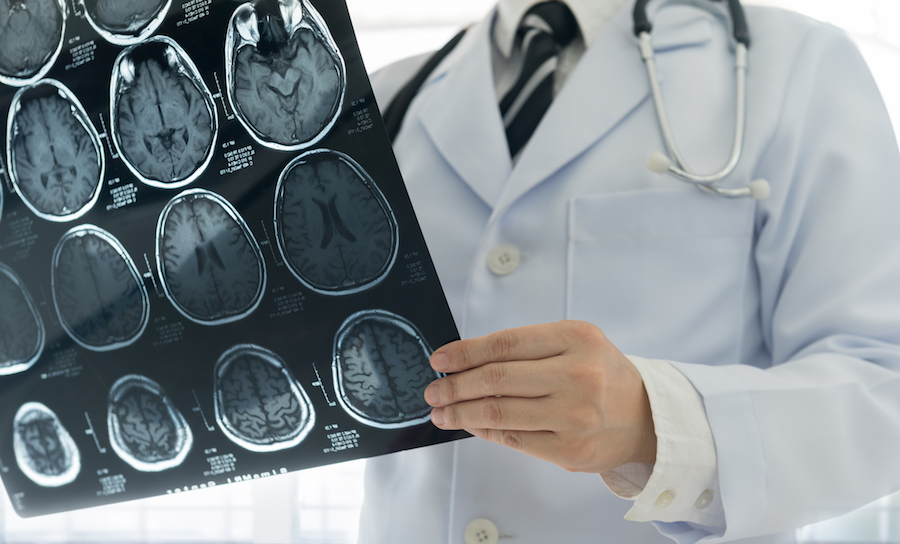 Everything you need to know about spotting the signs of stroke, and how to reduce your risk

Strokes might be something we tend to associate most with older generations, but new Public Health England (PHE) figures are painting a different story – and quite an alarming one.

The average age of suffering a first stroke has declined fairly rapidly over the past decade, with over a third of first-time strokes now happening in people aged between 40-69.

To make matters worse, many middle-aged people aren’t even aware they could be at risk, or of the warning signs to look out for.

As a result, the Act FAST campaign has just been relaunched , to remind people of all ages to be aware of stroke symptoms, and call 999 urgently at the first signs.

“Strokes still claim thousands of lives each year, so the message of this campaign remains as relevant as ever,” says Steve Brine MP, parliamentary under secretary of state for public health and primary care. “The faster you act, the greater the chance of a good recovery.”

Leading cause of disability

Strokes are a very serious, life-threatening medical condition that happen when blood supply to part of the brain is cut off – either due to a blockage in an artery (ischaemic stroke), or a leaking or burst blood vessel (hemorrhagic stroke).

When it comes to spotting the signs and getting help, time is crucial. No matter your age, experts stress that urgent medical action is always required in the event of a stroke, and the sooner a person receives treatment, the less damage is likely to happen.

As PHE points out: “Around 1.9 million nerve cells in the brain are lost every minute that a stroke is left untreated, which can result in slurred speech and paralysis.”

Stroke is a leading cause of long-term disability, in fact. The Stroke Association’s latest ‘State of the Nation’ report found that in the UK, almost two thirds (65%) of stroke survivors leave hospital with some degree of disability; around three-quarters have arm or leg weakness, while 60% have visual problems, and about half have difficulty swallowing and loss of bladder control, among other things.

“We must remember stroke can hit at any age,” says Brine. “I’d urge everybody to familiarise themselves with the signs of a stroke and be ready to act fast.”

How to spot the signs

The FAST (Face, Arms, Speech, Time) acronym has featured in stroke awareness campaigns for a number of years now, and is a simple way to help people identify the most common warning signs. If you think someone might be having a stroke, look out for the following:

Face – has their face fallen on one side? Can they smile?
Arms – can they raise both their arms and keep them there?
Speech – is their speech slurred?
Time – time to call 999

“Calling 999 as soon as you see even one of the symptoms develop – in the face, arms and speech – is essential,” says Tony Rudd, national clinical director for stroke with NHS England and stroke physician at Guy’s and St Thomas’ NHS Foundation Trust. “Every minute counts and knowing when to call 999 will make a significant difference to someone’s recovery and rehabilitation.”

Cut your risk of stroke with healthy lifestyle tweaks

Thankfully, strokes are often preventable, and adopting some healthy lifestyle tweaks can make a significant difference to your long-term risk of suffering one. If you’ve had a stroke in the past, these measures are particularly important, because your risk of having another stroke is greatly increased. Addressing these five key lifestyle factors could help ward off stroke…

1. Maintain a healthy weight and diet

Research shows that being obese increases your chances of having a stroke related to a blood clot by 64%, so taking sensible steps to maintain a healthy weight range is important. Eat a balanced diet packed with plenty of fruit and veg, and enjoy treats and high-fat foods in moderation. If you’re overweight, even small changes to your eating habits, such as eating smaller portions, can help – research has found that losing as little as 10 pounds can have a big impact on your risk.

3. Cut down on booze

Alcohol contributes to a number of conditions that can increase your risk of stroke, so it’s important not to drink more than the recommended limit on a regular basis. Official guidelines recommend no more than 14 units a week (visit drinkaware.co.uk to see exactly what this means), to be spread throughout the week – not all consumed at the weekend! A study published in the journal Stroke found that people who average more than two drinks a day have a 34% higher risk of stroke, compared to those whose daily average amounts to less than half a drink.

Too much salt is the biggest single cause of high blood pressure in the UK – and high blood pressure is a leading cause of stroke. Official guidelines suggest adults should consume no more than six grams of salt per day, but the trouble is, much of the salt we consume is ‘hidden’ in processed foods like sauces, bread, cereals and takeaways. So if you’re also sprinkling salt on your meals, you could be consuming way too much.

5. Get plenty of exercise

Decreasing your chance of having a stroke could be as simple as going for a gentle daily jog or walk, or making more of your gym membership. Research from Stroke Association shows that regular, moderate exercise can reduce your risk of stroke by 27% – and every little helps. If you can manage it, aim to do at least 30 minutes of moderate physical activity, five or more times a week – but any form of movement is better than none. If you’re not a fan of the gym, try and find an outdoor hobby you enjoy, as you’ll be more likely to stick with it in the long-term.

rockape
9th Feb 2018
0
Thanks for voting!
I've had 2 strokes the first was picked up at the optician's, the only time i knew that i had a stroke was when i was called in to hospital the next morning, the next time was when i was fishing i was setting up my kit when my left arm went numb and i had to ask the match organizer to phone for an ambulance, i was taken to hospital where my consultant was on duty, he did not give me anymore medication. I did not lose any of me speech or movement at all, so if you get numbness in your arms or legs get it checked out sooner than later
ReplyFlag as inappropriate

nanabet48
9th Feb 2018
0
Thanks for voting!
My other half has had two strokes and neither presented with the symptoms stated above.

The first he knew nothing about until he went for a scan to confirm the second one he had. The symptoms he had were sickness, dizziness - (every time he sat up straight he started blacking out but he described it as dizziness, until I asked him to describe what it felt like) and not being able to keep anything down - even water. I rang NHS helpline and was told someone would ring me back within 7 hours (it was Christmas Eve) and eventually I received a call at 7am on Christmas Day. They sent an ambulance immediately and after checking him out in hospital he was told he had an ear infection!

As it was Christmas I could not contact our own Doctor but as soon as it was possible I called at the surgery and gave the Doctor a copy of all the events that had happened since he started being ill. She came to see him after surgery and after examining him, said she thought he had had a small stroke at the back of his head. He was still being sick and had been given tablets by the hospital to stop it but as he had to take them with water, he brought them back up. Our Doctor gave him some to dissolve under his tongue - which did the trick, although he didn't eat anything for 11 days.

He went for a scan 3 days later and it was when we saw the consultant for the results that he found out it was the second stroke he had suffered.

I think it is important that people realize that there are more signs of a stroke than those mentioned. I had no idea he was having a stroke and even the hospital mis-diagnosed it, so beware.
ReplyFlag as inappropriate

Wilf
9th Feb 2018
0
Thanks for voting!
Very interesting article Silversurfers-I will also be shareing this with some of my friends.
ReplyFlag as inappropriate

Chicken and Vegetable... By Hollydog21
Visit the Community Showcase