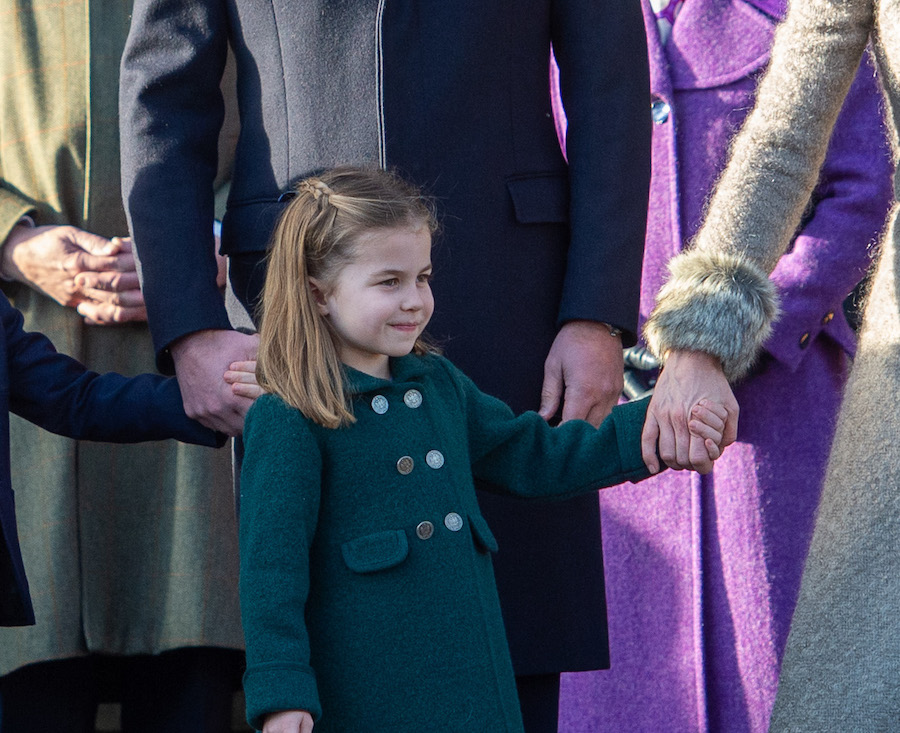 The young royal was born on 2nd May 2015 and is fourth in line to the throne.

Princess Charlotte, known for being one of the feistiest of the Queen’s great-grandchildren, is celebrating turning five.

Charlotte has been seen in recent weeks enthusiastically clapping for carers as the Cambridge family stay at their Anmer Hall mansion in Norfolk during the coronavirus pandemic.

Over the past year, the Duchess of Cambridge revealed that her daughter, whom she has been heard referring to by the nickname “Lottie”,  was “pretty good” with spicy food, and also liked olives.

One of Charlotte’s favourite books as a toddler was Julia Donaldson’s classic The Gruffalo, and the princess loves horses, just like her great-grandmother the Queen.

Princess Charlotte Elizabeth Diana of Cambridge made her debut on the steps of the Lindo Wing of St Mary’s Hospital in Paddington, London, the same day.

Since her last birthday, Charlotte has joined her family to explore Kate’s Back To Nature garden at the Chelsea Flower Show.

Prince George and Charlotte took off their shoes and paddled barefoot in the stream during their May excursion, with the princess shouting “Ooh la la” as she waded through the water.

When William asked Charlotte “Will you help George?”, the princess retorted “no” before skipping off.

In June, the Cambridge children gathered with their parents on the Buckingham Palace balcony for Trooping The Colour, with Charlotte waving her arms around to greet the crowds.

The fourth in line to the throne also had fun at the King’s Cup regatta on the Isle of Wight in July.

She was spotted poking her tongue out during the presentation ceremony after her mother had encouraged her to wave.

The princess’s big day came in September when she started school.

She arrived for her first day with her parents and George, looking a little nervous at first as she fiddled with her pony tail, but excited as she met her headteacher.

The young royal joined the Windsors for the Queen’s annual pre-Christmas lunch at Buckingham Palace in December.

She was driven to the royal residence by her mother for the festive celebration.

The princess also made her first appearance at church on the Sandringham estate on Christmas Day.

Charlotte and George joined the rest of the royals as they met the public on the traditional walk from Sandringham House to St Mary Magdalene Church.

One well-wisher gave the princess an inflatable flamingo and was rewarded with a hug.

A picture of Charlotte smelling a bluebell was released by Kate in February after the duchess spoke about how important being outside was for children.

The duchess was interviewed for the Happy Mum Happy Baby podcast hosted by Giovanna Fletcher.

Kate said: “I’ve got this one photo of Charlotte smelling a bluebell, and really for me, it’s moments like that mean so much to me as a parent.

“And I try every day to put moments like that in, even if they’re small or even if I don’t have time – but that in an ideal world is what I would like to do.”

A smiling Charlotte was seen applauding the country’s NHS workers in March, alongside George and younger brother Prince Louis.

She is being home schooled by William and Kate while the country is in lockdown.

But the duchess confessed it was “challenging” and admitted she kept her children in class during the Easter holidays to give their days “structure”.

She said it was not all “hardcore” as she found fun activities online and the children had been baking, cooking and pitching tents in the garden.