This site uses cookiesClick here to remove this messageMore information
Welcome to Silversurfers - features, offers, news & social forums for the over 50s...
Silversurfers
Log In Join
Silversurfers
Menu
Articles
Articles Entertainment & NewsJoanna Lumley on Ab Fab, encounters with the Queen and why she looks great at 75 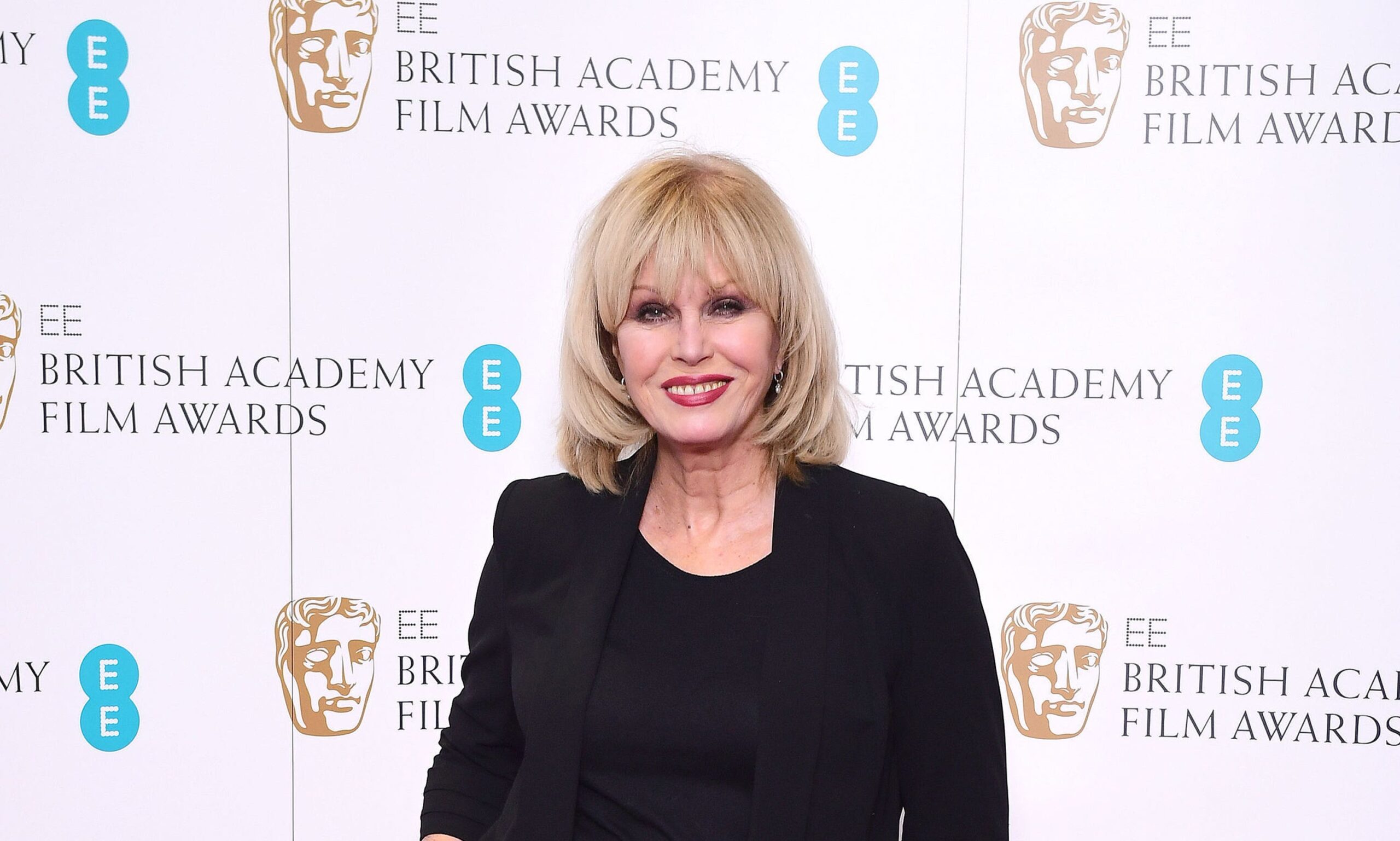 The Ab Fab star talks about doing more comedy with Jennifer Saunders and why she’s not planning to retire any time soon.

It’s hard to believe Joanna Lumley has turned 75 this year but when asked how she stays so young-looking, she brings her face closer, pulling both cheeks back with her hands, as if she’s demonstrating some over-the-top facelift, and says it’s lashings of make-up and good lighting.

“I’ve been a vegetarian for more than 40 years and I’m never ill,” she adds. “The diet I love best is: eat stuff, mostly vegetables, not too much. And exercise? I have a tall thin house and I run up and down the stairs a lot!”

Typically self-deprecating, swishing away compliments with elegant aplomb, part of Lumley’s charm is that she is really good at focusing on others, remembering people’s names, not a sniff of an ego in sight. If she hadn’t had an interview today she’d probably be wearing her gardening gear, she remarks.

Indeed, the former model has been described as a national treasure – an accolade which fills her with equal measures of sheer delight and disbelief – having appeared on our screens for so many decades, from Purdey in The New Avengers with that androgynous haircut of the 70s, to the beehived magazine diva Patsy Stone in Absolutely Fabulous.

She doubts if there will be any more Ab Fab, though.

“I don’t think Jennifer (Saunders) and I will stop working together. We are always talking about what we might do together, but I don’t think it will be Ab Fab. Secretly, it’s quite sensible of her – because she’s the writer – to leave it where it was when people just adored it. And June Whitfield’s gone now and we all felt that that was it.”

She’d love to do more comedy with Saunders, though.

“I love comedy. I read that one school has started to give girls laughing classes. They do that in the Far East. You feel better for laughing. A lot of the focus quite recently has been on how sad we feel. We must stop this because it’s very contagious.”

Aside from acting, Lumley has also made a name for herself in travel broadcasting, with documentaries on India, Japan, and along the routes of the River Nile and the Trans-Siberian Railway, and as a campaigner for the Gurkhas, animal welfare and human rights.

Most recently, in a vocal stand against climate change, she called for a return to ‘wartime rationing’ to help reduce consumption. She has fingers in a lot of campaigning pies. Somehow, you can’t imagine her ever putting her feet up for an afternoon nap.

“The truth is I never stop working, so my leisure time is spent reading, gardening and I adore the natural world. I’ve two grandchildren, Alice and Emily, who are 18 and 17. They live in the north of Scotland so I don’t see as much of them as I’d like.”

In her latest project she is focusing on royalty, in A Queen For All Seasons, a book which celebrates the Queen on her Platinum Jubilee (which takes place next year).

At 95, the monarch has 20 years on Lumley, who chuckles when we discuss the Queen’s recent decision to decline the ‘Oldie of the Year’ award, saying that ‘you are only as old as you feel’.

“Gradually I found myself looking forward to being the next age, longing for it almost, not because I want to be grown-up but I just love the wisdom it brings, the lack of anxiety. You understand things more.

“I don’t really count birthdays. Sometimes I forget [my age]. I know it’s an old adage to say ‘you’re as old as you feel’ but keep going!

“You’ve only got one chance, so it would be a pity to waste it by giving up or not trying your hardest or losing interest in this fantastic, beautiful world that we live in with all its extraordinary glories – and horrors – and being interested in seeing how you can make things better or kinder or happier.”

She lives in London with her husband, musical conductor Stephen Barlow, and has a son, James, from her brief first marriage to actor Jeremy Lloyd.

Lumley herself has enjoyed various encounters with the Queen, receiving an OBE from Her Majesty in 1995, and meeting her during several other occasions connected with her charity work.

She is clearly a huge fan and won’t be drawn on the current troubles within the royal family or how the Queen must feel about them. The actress and documentary-maker is far too savvy to make rash proclamations.

“I said right at the beginning of the book that this is not about the rest of the royal family. I’m not a historian or a parliamentarian or a biographer. I just wanted to gather from other people how she would perhaps treat all these things, which I don’t go near in the book.

“But you can see she has great faith. You get a feeling that she would always have forgiveness in her heart, always be slow to judge and quick to bless, never to make hasty decisions. She would be very measured in her response.”

The book offers interesting insights from those who have met the Queen, including Tony Blair, Norman Hartnell, Cliff Richard and Noel Coward, as well as accounts from diarists and courtiers, family members and even those who have had fleeting encounters with her.

On meeting the Queen herself, she says: “You are stricken dumb with awe, terror that you’ll do the wrong thing, because there’s always quite a strict protocol – which I’m sure the Queen wouldn’t mind if you didn’t do – but you must say ‘Your Majesty’, you must say ‘Ma’am (pronounced Mam), do a little curtsy, not a big curtsy…”

She can’t remember what the Queen said to her when she received her OBE.

“You’d be waiting your turn and then you’re brought up and you stand in a certain place, then you must take ‘X’ amount of steps forward, then you must turn around . I haven’t the smallest idea what she said.”

Lumley says she can’t imagine herself ever receiving a damehood. “I don’t deserve a damehood!” she exclaims. “I’ve got an Obe-Wan Kenobi and that’s good enough.”

But like the Queen, she has no thoughts of retirement. She’s working as hard as ever, filming documentaries, radio plays and publicising the book.

“In my job, it’s time to retire when no-one wants you any more,” she reflects. “There’s still so much to do – reading, travelling, things to make, stuff to absorb. I want to cram myself full of this world and this life before I clock out.”

In the meantime, she’s sent her new book to the Queen (or at least to her assistant private secretary).

“He said very nicely that he would place it before Her Majesty. I like that wording as much as anything in my life. I don’t imagine that she need open the cover.”

A Queen For All Seasons by Joanna Lumley is available now.