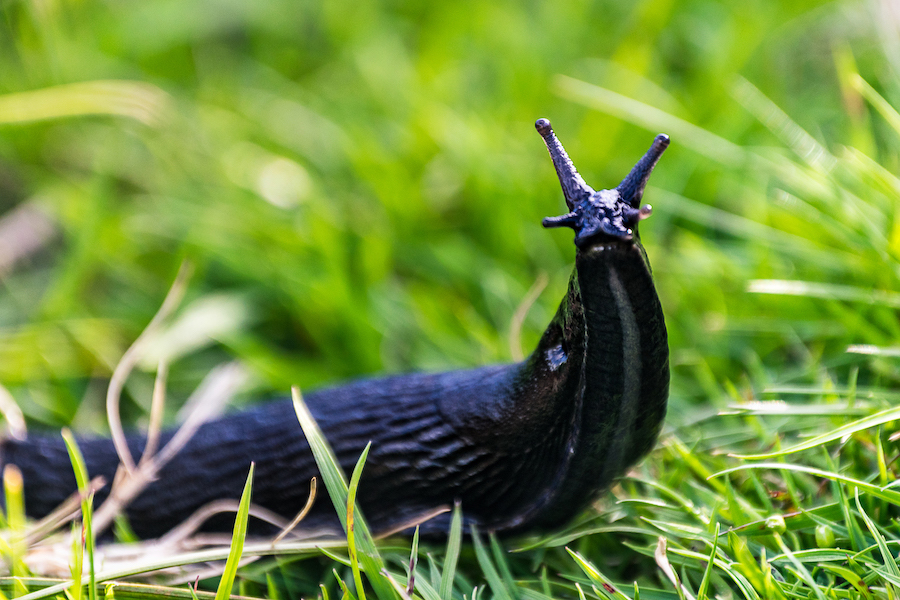 With metaldehyde pellets set to be banned, 10 less toxic tips for keeping slugs at bay

It’s a well-established fact that slugs can be a bit of a pest. However, from spring 2020, metaldehyde slug pellets will be banned – so what are the alternatives for dealing with them?

Plant pathologist and organic gardener Pippa Greenwood, a regular on BBC Radio 4’s Gardeners’ Question Time, says: “There are plenty of other really effective things you can do to deter slugs. The best option is to take a multi-pronged attack.”

You apply by diluting the organisms in water, and then water them into the soil. Slugs under the soil will be killed.

After application, the beneficial nematodes attack the slug by entering natural body openings, releasing a bacteria which quickly and safely kills it. Once inside, the nematodes then reproduce inside the dead pest and release a new generation of hungry nematodes, which disperse and search for further prey. The more pests there are, the better nematodes perform.

The best time for outdoor use is March to October, when temperatures are 5°C or above, or year round in the greenhouse. By treating early, you can often cause a vast improvement as you kill the adult slugs before they lay too many eggs.

“These are brilliant,” says Greenwood. “Environmentally, they are pretty faultless and there is a build-up effect. On plots where I’ve used them for several years in succession, I’ve noticed a reduction in slug numbers.”

2. Create barriers
Greenwood uses copper tape, widely available at garden centres, around the rims of containers and the walls of raised beds, which act as a deterrent. “Occasionally, a slug will get in, but in the main copper tape helps hugely,” says Greenwood.

Other barriers, such as cloches, can also be placed over young vulnerable plants.

3. Block their path with mulches

Crushed shells are a good mulch, says Greenwood. Poultry suppliers generally have an amount of crushed oyster shells and will be cheaper than buying a small box of crushed shells from a garden centre, she says. “Use the shells as a surface mulch around vegetables including purple sprouting broccoli and calabrese.”

The resin of pine needles, as well as the spikiness, can also deter slugs. Mulch the needles right up to the stem of plants, as then underground slug species such as keel slugs, which spends much of its time underground.

Tempt natural predators who feed on slugs and snails into your garden, such as ground beetles, frogs, toads, hedgehogs and birds. Provide a variety of wildlife habitats and nesting boxes.

Slugs thrive in rough, lumpy ground which is poorly drained, so improving drainage and soil structure is important where these conditions occur. Adding grit can help drain heavy and compacted soil.

If you rake to create a fine tilth before sowing, you’ll help to disturb slugs and their eggs, as well as helping soil to dry out on the surface, making movement more difficult for them, Garden Organic points out.

8. Be vigilant
Inspect vulnerable plants regularly and remove any pests. Put on a pair of rubber gloves and go out in the garden after rainfall and at night, when slugs and snails feed.

Don’t give slugs hiding spaces by leaving piles of rubble or stones or stacks of flower pots close to cultivated areas. If you find large populations of slugs or snails in a corner of a veg bed or up an adjacent wall, pick them off and dispose of them.

10. And as a last resort…
Some slug pellets which don’t contain metaldehyde will still be on sale. Pellets containing ferric phosphate (iron), which kills slugs and snails, are considered safer.

However, Garden Organic advises that if you must use them, do so sparingly because of other potentially harmful ingredients in the pellets, known as chelators, which it says can affect earthworms and, if consumed in large enough quantities, poison pets.