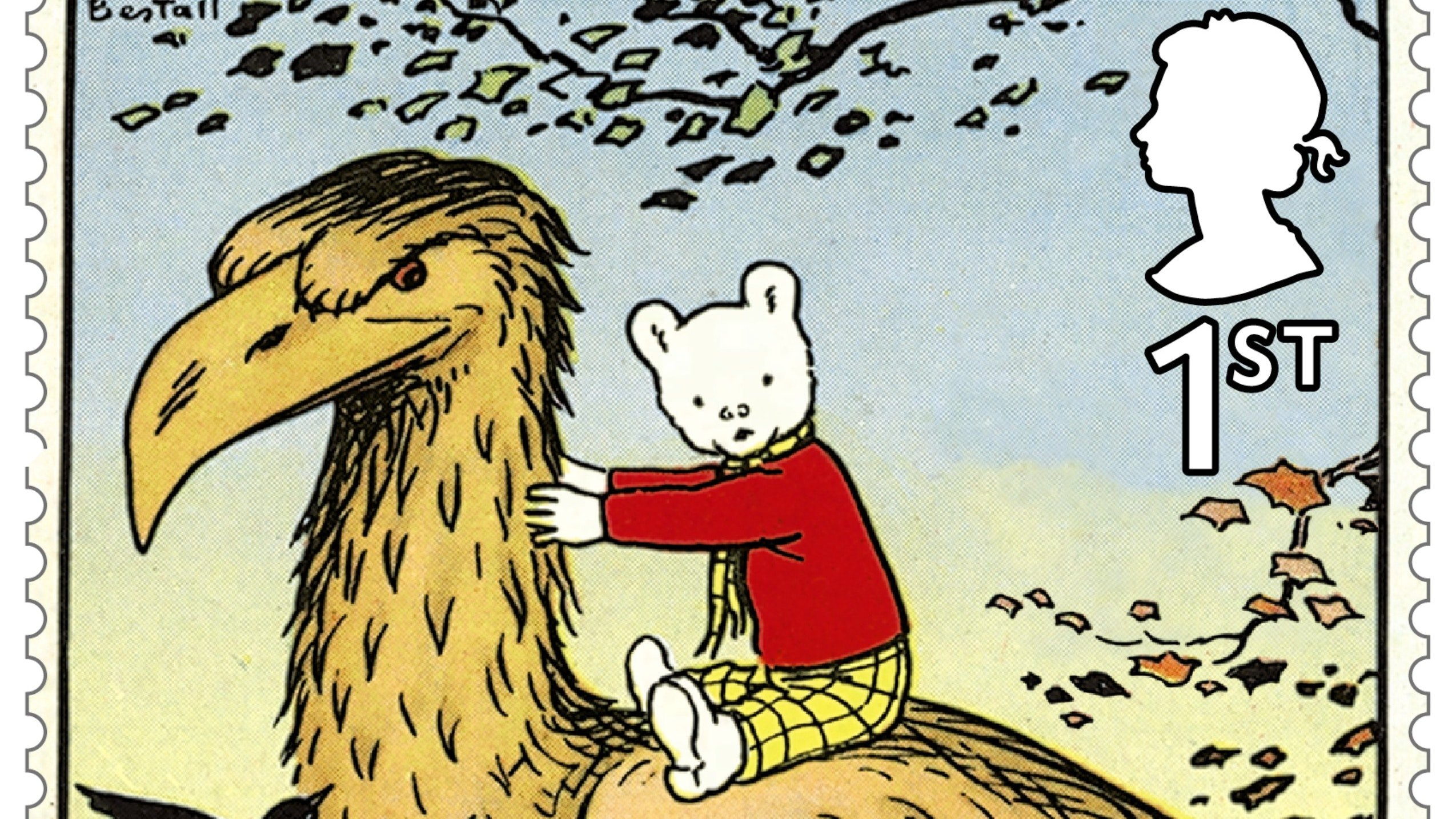 Royal Mail is issuing a set of stamps to mark the 100th birthday of popular children’s character Rupert Bear.

The eight stamps feature the artwork of Alfred Bestall, who wrote and illustrated more than 270 Rupert stories.

The set is made up of four pairs of stamps, each pair featuring two illustrations from one of Rupert’s adventures – Rupert’s Rainy Adventure (1944), Rupert And The Mare’s Nest (1952), Rupert And The Lost Cuckoo (1963) and Rupert’s Christmas Tree (1947).

Created in 1920 and first illustrated by Mary Tourtel, Rupert was a check-trouser wearing young bear who lived with his parents in the country village of Nutwood.

The Rupert Little Bear Library Series ran to 46 issues and was published periodically between 1928 and 1936.

Following Mary Tourtel’s retirement in 1935, Bestall became Rupert’s illustrator. He was an established artist with Punch and other magazines, and also illustrated children’s books.

He wrote and illustrated 224 Rupert stories and provided 47 other stories, mostly for the Rupert Annuals.

The stamps feature Rupert in adventures with friends including Algy Pup, Bill Badger and Pompey the baby elephant.

Rupert Bear annuals have been published every year since 1936.

Philip Parker of Royal Mail, said: “We celebrate the 100th birthday of Rupert, one of the most-loved characters in children’s literature.

“He has introduced successive generations of children to a wonderful make-believe world of magic and adventure.” 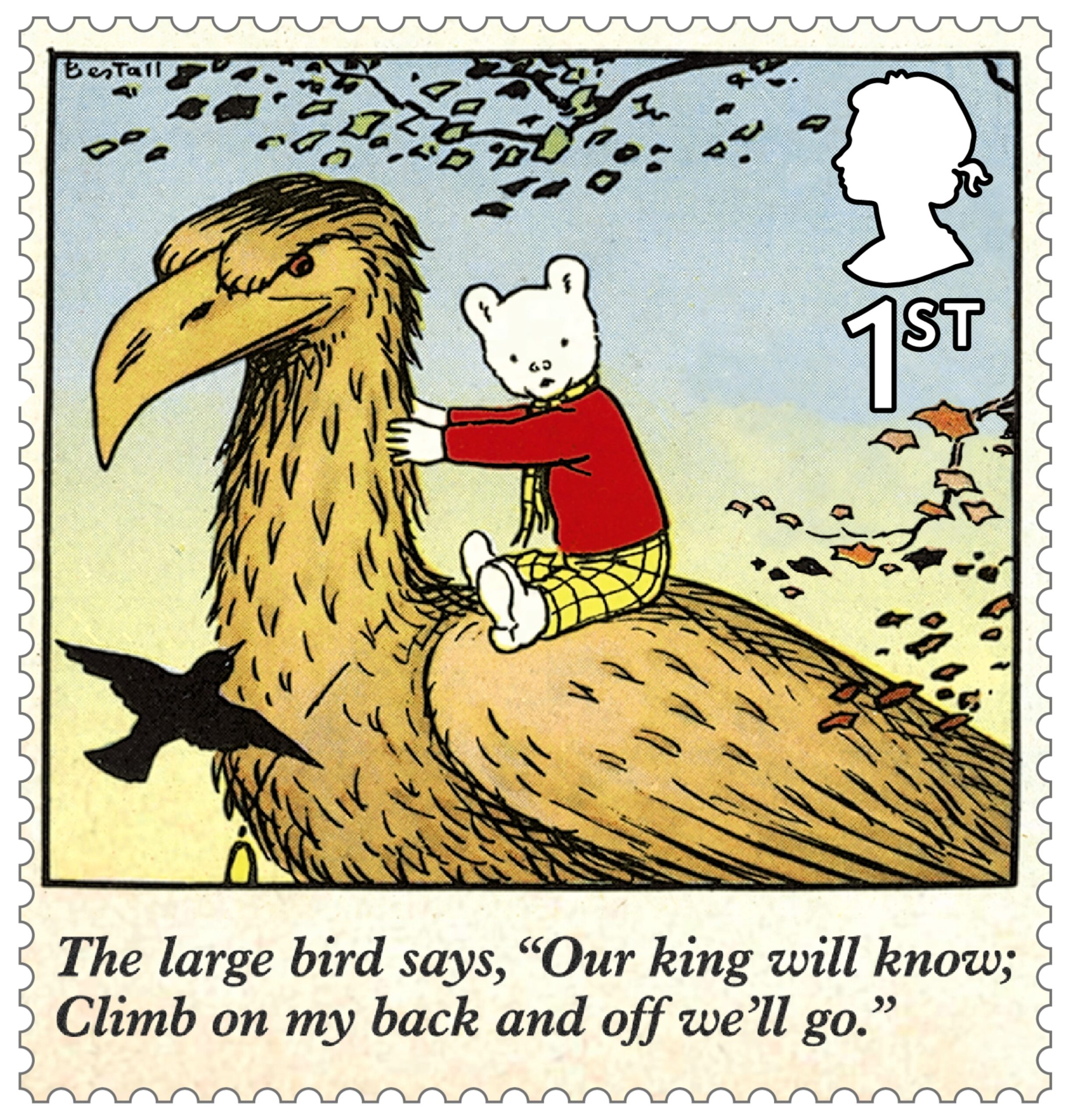 Did you enjoy Rupert Bear stores when you were a child?  Did you read them to your own children?

JuliaC41
8th Sep 2020
0
Thanks for voting!
I love Rupert the bear and love stamps! These are really special stories that I grew up with, and good to share with my grandchildren
ReplyFlag as inappropriate

Bobbins
4th Sep 2020
0
Thanks for voting!
Wold like to win these stamps for my Great-Granddaughter Julie as she has a fantastic collection of Rupert Bear Books.
ReplyFlag as inappropriate

jameson1
4th Sep 2020
0
Thanks for voting!
Loved Rupert Bear as a child and read many if the books and got an Annual every Christmas as a chikd
ReplyFlag as inappropriate

1973 – a year of technological firsts 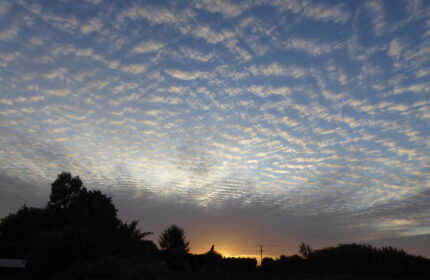