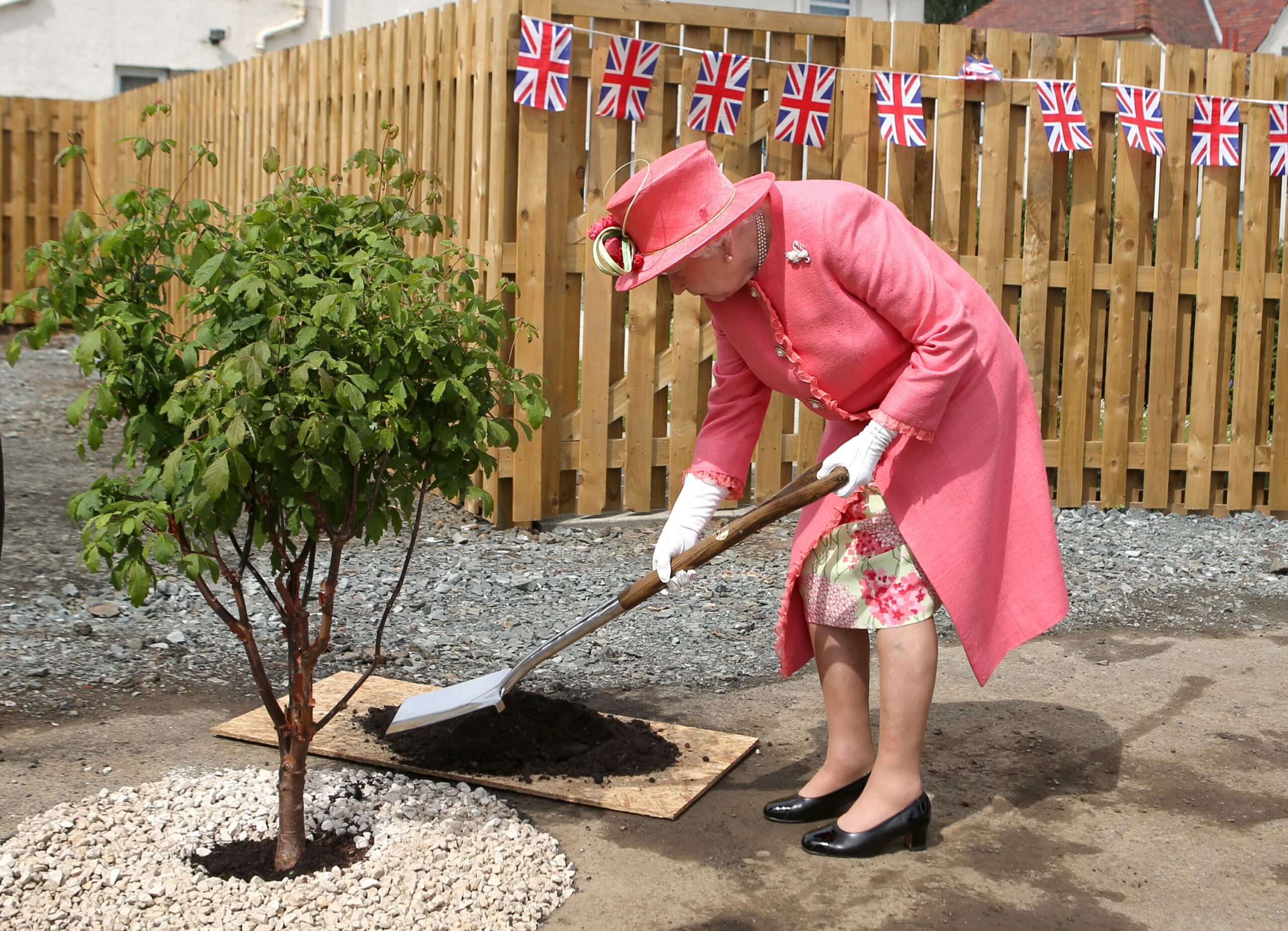 Communities, schools, gardeners and companies are being encouraged to plant trees in an initiative to mark the Queen’s platinum jubilee.

The Queen’s Green Canopy scheme has been launched to encourage people to plant trees from the start of the tree-planting season in October 2021 through to the end of 2022, to mark her 70 years on the throne.

The scheme will also highlight 70 irreplaceable ancient woodlands across the UK and identify 70 ancient trees, and create a pilot training programme for unemployed young people to plant and manage trees.

Schools and community groups will be able to apply for three million free saplings from the Woodland Trust as part of the project.

The Prince of Wales was joined by the Queen for the first jubilee tree-planting in the grounds of Windsor earlier this year, during the tree-planting season.

In a video message to launch the initiative, Charles urged people to join him to “plant a tree for the jubilee – in other words a ‘tree-bilee’”.

He said: “It is absolutely vital that more of the right species of trees are planted, in the right places, and that more woodlands, avenues, hedgerows and hedgerow trees and urban planting schemes are established, whilst ensuring that we also protect and sustain what we already have.

“Whether you are an individual hoping to plant a single sapling in your garden, a school or community group planting a tree, a council, charity or business intending to plant a whole avenue of trees or a farmer looking to create new hedgerows, everyone across the country can get involved.”

Charles described planting a tree as a “statement of hope and faith in the future” and said planting trees and hedgerows and protecting existing woodlands and forests were simple, cost-effective ways to protect the planet.

But he said trees must be planted with care, at the right time of year, in the right place, and with species that are not prone to prevailing diseases, so he said he hoped the initiative would encourage people to learn about the best ways to plant trees.

The scheme is being launched as part of the Royal Horticultural Society’s “virtual” Chelsea Flower Show, taking part online this week.

People are being encouraged to use the summer to plan their jubilee projects and be ready for the start of the planting season in October, when they will be able to upload details and images on an interactive Queen’s Green Canopy map.

Taking part in the scheme, which is being hosted by climate charity Cool Earth, could range from individuals planting tees in their own garden to the creation of platinum jubilee copses on council land or avenues in cities or housing developments.

The pilot training programme for unemployed young people aged between 16 and 24 will be run through Capel Manor College, London’s only specialist environmental college, of which the Queen Mother was patron.

Donations to the scheme will go to deprived areas and urban schools through one of the partner organisations of the Queen’s Green Canopy, Trees for Cities.

The scheme has been backed by Prime Minister Boris Johnson, who said: “Our trees stand at the frontline of our fight against climate change and by sustaining our beautiful countryside for generations to come.

“The Queen’s Green Canopy is a fitting tribute to her majesty’s years of service to this country. I urge everyone to get involved and ‘plant a tree for the jubilee’.”

The Queen has herself planted more than 1,500 trees around the world during her reign.

Woodland Trust chief executive Darren Moorcroft said: “There is no more fitting way to celebrate Her Majesty’s jubilee than through striving to increase and protect our native tree cover.

“The last year has emphasised the central role that trees and woods play in the life of the nation.

“We need more projects like this, giving people  access to our natural heritage, opportunities to do something positive for the environment, and helping to safeguard it for our children in the face of a combined climate and nature crisis.”

For more information about the scheme people can visit: www.queensgreencanopy.org

viking
19th May 2021
0
Thanks for voting!
Perhaps the Sovereign will set an example to local councils who are intent in giving all decent size trees a death wish.
So many trees are felled for no real reason, and when questioned the standard mantra is recited about disease etc., etc and many times on inspection this has been proven to be a pack of lies.
ReplyFlag as inappropriate