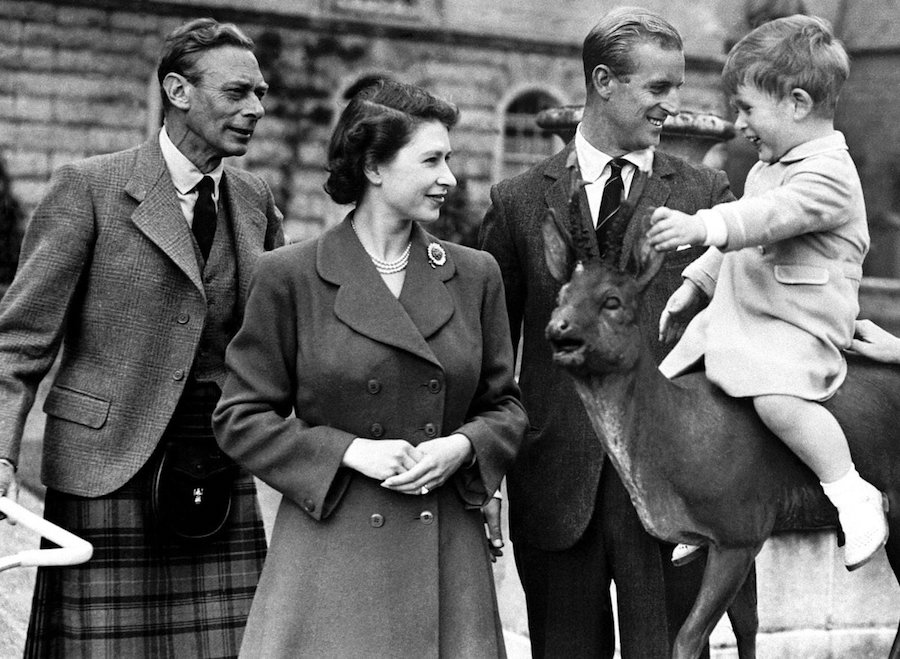 Pictures were shared on social media on Sunday morning.

The royal family has marked Father’s Day by sharing a photograph from 70 years ago of the Queen with King George VI, the Duke of Edinburgh and the Prince of Wales.

The picture, captured at Balmoral in 1951, shows the Queen with her father and Philip at either side of her while Charles sits atop an animal statue.

All four are smiling in the black and white photograph which was posted on the royal family Twitter feed.

A message accompanying the image said: “To all dads everywhere, we wish you a very special Father’s Day.”

Clarence House posted pictures to mark the occasion including photographs of Charles with both his sons, the Duke of Cambridge and the Duke of Sussex.

Another image shared by Clarence House featured Philip, while another showed the Duchess of Cornwall with her father Bruce Shand.

An accompanying message said: “To all papas everywhere, and to those who may be missing their dads today, we are thinking of you and wishing you a special #FathersDay.”

The Duke and Duchess of Cambridge also marked Father’s Day by posting a notice board style video featuring pictures of William with his father and brother from their younger days and a wedding photo of Kate and her father Michael Middleton.

The post also included a picture of William in uniform with his three children, and a photograph of the Queen and Duke of Edinburgh with their great-grandchildren.