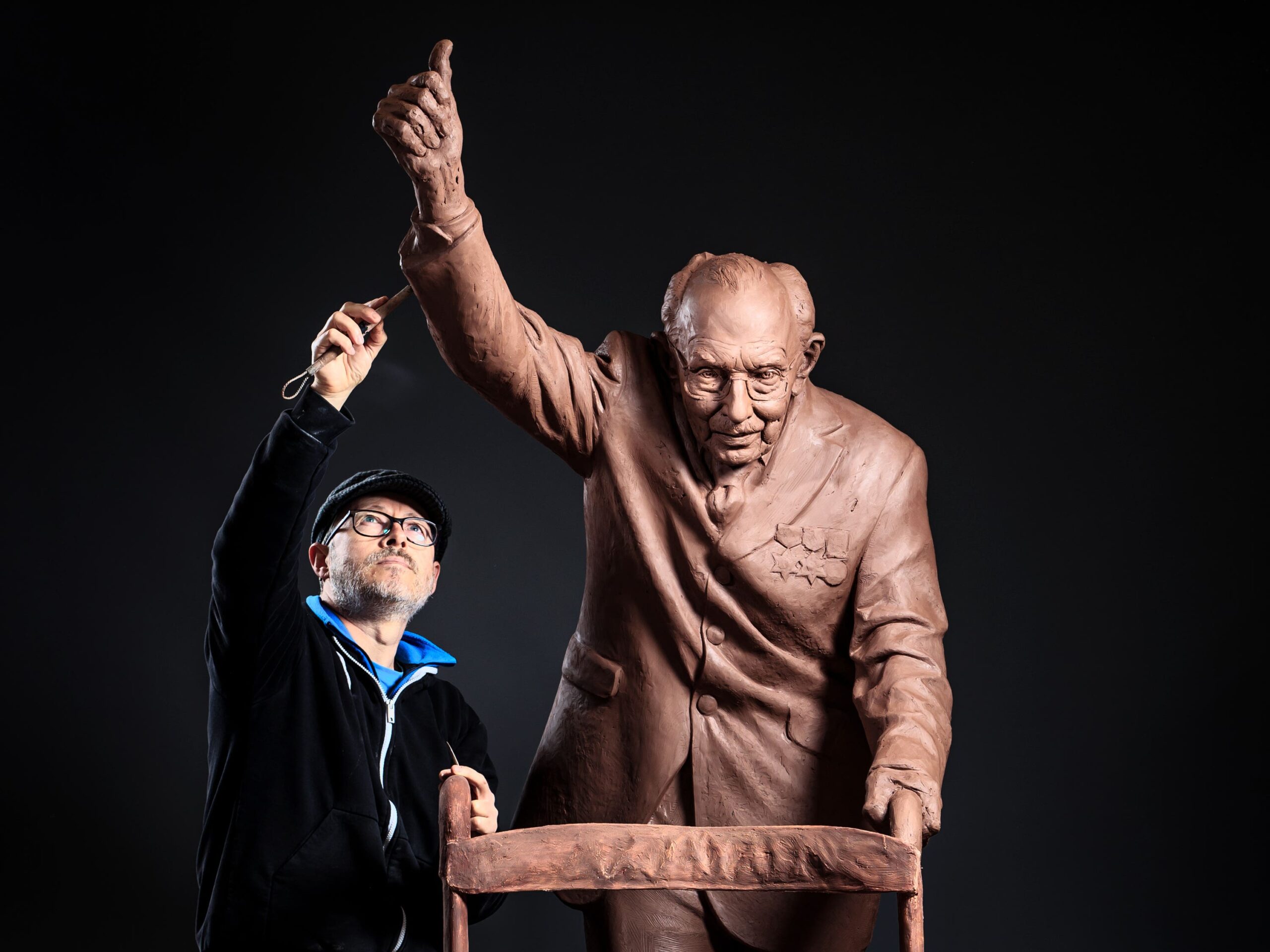 Andrian Melka began work on a clay statue of the veteran in February following the news of his death, and it is now almost ready to be cast in bronze

A sculptor creating a bronze statue of Captain Sir Tom Moore is reaching the final stages of his creation as the UK prepares to celebrate what would have been the inspirational fundraiser’s 101st birthday.

Andrian Melka began work on a 2m (6ft 6in) clay statue of Sir Tom in February following the news of his death, and it is now almost ready to be cast in bronze and donated to Leeds Teaching Hospitals NHS Trust.

Mr Melka, of Bolton Percy in North Yorkshire, hopes the sculpture will provide inspiration for staff, patients and visitors and remind them that “one step in front of the other will get you somewhere”.

The statue portrays the 100-year-old fundraiser giving the thumbs-up as he completed 100 laps of his garden in Bedfordshire ahead of his milestone birthday last year.

The sculptor, whose work can be seen in the gardens of the royal residences of Sandringham and Highgrove, has used crowdfunding to cover the foundry costs involved in casting the statue in bronze.

He is preparing for the final stage of the process as the country prepares to take on the Captain Tom 100 challenge this weekend to celebrate what would have been the Second World War veteran’s 101st birthday.

“Creating something this big out of clay was a huge challenge for me as I’m more used to sculpting statues in stone,” Mr Melka said.

“I was really inspired by Captain Tom, not only for raising so much money for the NHS but also in encouraging others to put one foot in front of the other and remain optimistic during challenging times.

“Creating this statue, and raising enough money to cast it in bronze, was my personal challenge to honour a remarkable man.”

Mr Melka has been working with Leeds Hospitals Charity to identify a suitable home for the finished statue. 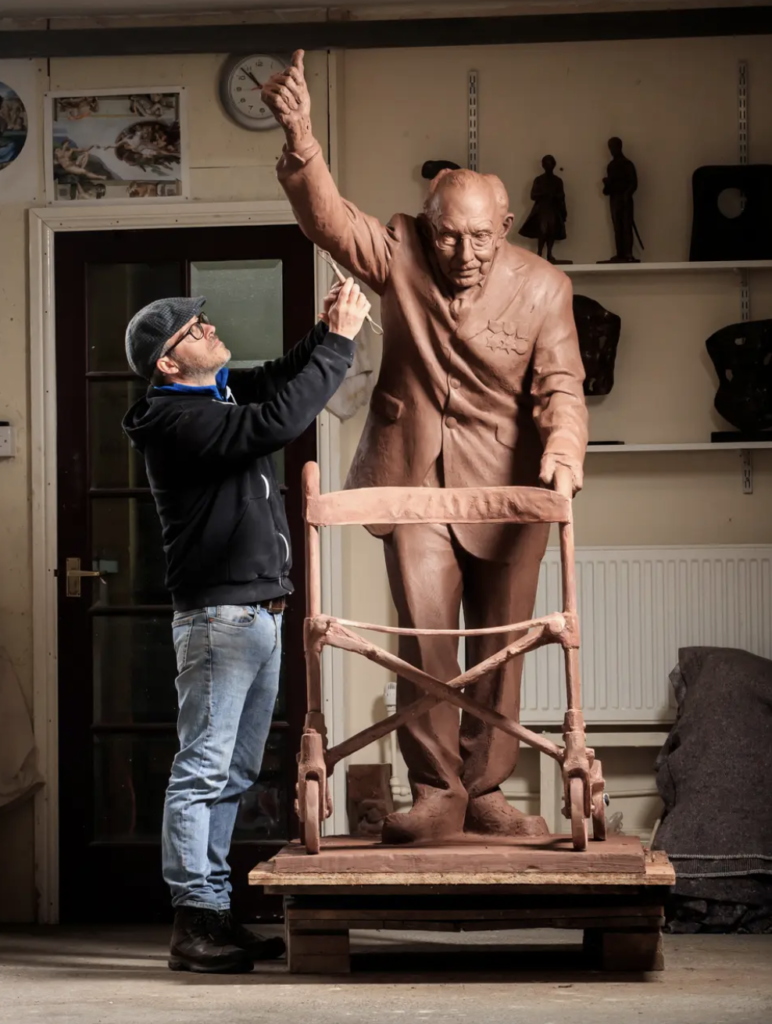 If the crowdfunding target is reached, it has been agreed it will be installed in a newly refurbished courtyard garden at Leeds Chapel Allerton Hospital for patients undergoing lengthy and intensive rehabilitation for long-term neurological conditions or following a stroke or traumatic brain injury.

Mr Melka said he hopes it will inspire patients on their road to recovery.

The seat on Sir Tom’s walking frame has been designed so that it faces forwards, allowing it to be used as a place for patients and staff to sit and rest.