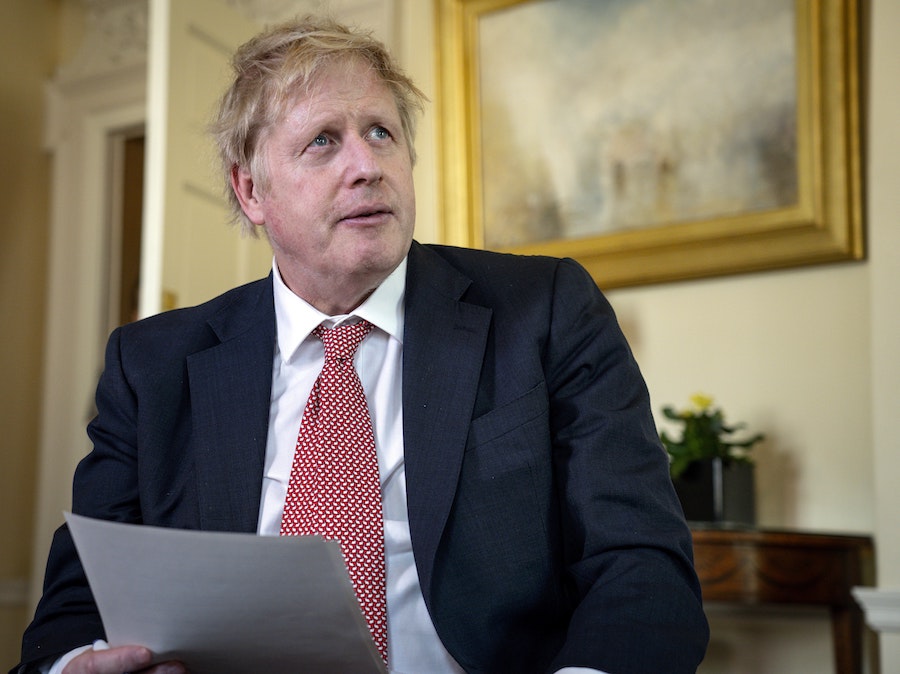 Boris Johnson said he has seen first-hand the pressure the UK’s health service was under during the Covid-19 pandemic.

The Prime Minister has called the NHS “unconquerable” after seeing first-hand how it was dealing with the coronavirus pandemic.

Boris Johnson was discharged from hospital on Easter Sunday, a week after being admitted with persistent coronavirus symptoms.

In a video posted on Twitter, the PM said the “NHS has saved my life, no question”.

His comments come as it was confirmed the number of those who had died in UK hospitals after contracting Covid-19 had breached the 10,000 mark, in what Health Secretary Matt Hancock called a “sombre” moment for the country.

Conservative Party leader Mr Johnson admitted he had personally seen, during his seven days at St Thomas’ Hospital in central London, the “pressure the NHS is under”.

But he said the NHS had the resolve to get the country through the health emergency.

Mr Johnson said: “We will win because our NHS is the beating heart of this country.

“It is the best of this country. It is unconquerable. It is powered by love.”

Heralding the “personal courage” of everyone from doctors to cooks, he mentioned by name the nurses who watched over him all night while he fought severe coronavirus symptoms in intensive care – Jenny from New Zealand, and Luis from Portugal.

“The reason in the end my body did start to get enough oxygen was because for every second of the night they were watching and they were thinking and they were caring and making the interventions I needed,” he said.

Mr Johnson praised the country’s efforts in following the “tough” social distancing measures over the Easter weekend and said the measures were “proving their worth” in protecting the NHS.

The public comments from the PM could be the last from Mr Johnson for a number of days as he prepares to head to his country residence, Chequers in Buckinghamshire, to convalesce.

A Number 10 spokesman confirmed the PM “would not be returning to work immediately” after being told to rest by his doctors.

Following the PM’s discharge from hospital, his fiancee Carrie Symonds tweeted in praise of the “incredible” staff at St Thomas’.

Ms Symonds, who is expecting the couple’s baby, said: “I will never, ever be able to repay you and I will never stop thanking you.

– Spare NHS critical care capacity is higher currently than it was when the pandemic started, with 2,295 spare beds available

– More than 5,000 former and retired health staff are now back on the NHS front line and over 36,000 have come forward to enlist

Addressing the number of deaths in hospitals, Mr Hancock told reporters: “Today marks a sombre day in the impact of this disease as we join the list of countries who have seen more than 10,000 deaths related to coronavirus.

“The fact that over 10,000 people have now lost their lives to this invisible killer demonstrates just how serious this coronavirus is and why the national effort that everyone is engaged in is so important.”

Labour leader Sir Keir Starmer called Sunday’s figures “heartbreaking”, adding: “Every one is a tragedy, every one is a family shattered.”

Sir Jeremy Farrar, director of the Wellcome Trust, told the BBC’s Andrew Marr Show that the UK looked set to have “one of the worst, if not the worst” death rate in Europe.

Asked about the prediction, Mr Hancock said the “future of this virus is unknowable” and that there had been “a flattening of the curve” because most people were following the social distancing measures.

The technology will “securely” and “anonymously” alert fellow app users when they have been in contact with a person that has developed coronavirus symptoms, he explained.

The Cabinet minister added: “The more people who get involved then the better informed our response to coronavirus will be and the better we can protect the NHS.”

The Royal College of Nursing (RCN) piled more pressure on ministers this weekend after it urged members to refuse to treat patients as a “last resort” if adequate PPE was not provided.

Mr Hancock, who contracted coronavirus previously, defended the Government’s record on PPE, declaring there there to be “record amounts of PPE in the system”.

Quizzed on the RCN’s fresh advice, Mr Hancock replied that he had been in contact with the organisation as part of the Government’s bid to “get this right”.

Mr Hancock said Covid-19 testing had been “available throughout” for care home residents but confirmed testing for staff in the homes was “coming”, although admitted the process was “complicated”.

On Sunday, the Department of Health said, as of 5pm on Saturday, a total of 10,612 patients had died in hospital after testing positive for coronavirus in the UK, up by 737 from 9,875 the day before.

Felix1
20th Apr 2020
0
Thanks for voting!
Not wishing this on anyone, perhaps it was a good thing that our prime minister experienced the wonderful dedication of our health profession first hand.
ReplyFlag as inappropriate

MollyUK
14th Apr 2020
0
Thanks for voting!
Maybe in future he'll be encouraging his fellow politicians to value the NHS a bit more than they have in the past (but don't hold your breath).
ReplyFlag as inappropriate

viking
13th Apr 2020
1
Thanks for voting!
As the UK is now on a " at war " footing and possibly short of protective clothing, it is interesting that the disposible garments are largely from China. This confirms what some have been saying for a long time now about being dependent on imports from a country who for their reasons may not always be strait forward in their actions, bourne out by the dumping of useless test kits which apparently do not work.
Good news about Boris more Churchilian speeches please.
ReplyFlag as inappropriate