This site uses cookiesClick here to remove this messageMore information
Welcome to Silversurfers - features, offers, news & social forums for the over 50s...
Silversurfers
Log In Join
Silversurfers
Menu
Articles
Articles Entertainment & NewsThe son of the Duke and Duchess of Sussex has been christened at Windsor Castle.

The son of the Duke and Duchess of Sussex has been christened at Windsor Castle.

The Archbishop of Canterbury Justin Welby baptised Harry and Meghan’s child using water from the River Jordan out of the silver Lily Font.

The couple chose to make Archie Harrison Mountbatten-Windsor’s big day a private affair, but two photographs were released afterwards – including a family photo featuring the sisters of Harry’s mother Diana, Princess of Wales, who died when he was 12 years old.

The couple have not revealed the names of Archie’s godparents, but the presence of Lady Jane Fellowes and Lady Sarah McCorquodale may fuel speculation that they have been chosen for the role.

A statement accompanying the photographs said: “The Duke and Duchess of Sussex are so happy to share the joy of this day with members of the public who have been incredibly supportive since the birth of their son.

“They thank you for your kindness in welcoming their first born and celebrating this special moment.

“Their Royal Highnesses feel fortunate to have enjoyed this day with family and the godparents of Archie.”

The Archbishop of Canterbury Justin Welby baptised the two-month-old using water from the River Jordan out of the silver Lily Font, in accordance with royal tradition.

The Queen was not present at the christening because of a prior engagement. She also missed Prince Louis’s christening last year.

Two images were released following the ceremony at the Private Chapel.

A family photo inside the castle’s Green Drawing Room shows Harry and Meghan sitting with their child, alongside the Duchess of Cornwall and the Duchess of Cambridge, who wore a salmon pink Stella McCartney outfit.

Standing behind them are the Prince of Wales, Meghan’s mother Doria Ragland, the Duke of Cambridge, Lady Jane and Lady Sarah.

A second shot, in black-and-white, shows Meghan, dressed in a white Dior dress, gazing into Harry’s eyes as she cradles baby Archie – with the castle’s Rose Garden in the background.

Some well-wishers who flocked to Windsor were disappointed the ceremony was private.

Anne Daley, 63, a keen supporter of the royals, travelled from Wales and arrived with a specially baked cake and her dog Camilla – who she had dressed in christening attire – at 5am on Saturday.

Ms Daley said she “loves everything about the royals” but she was “very hurt”, adding: “I pay a lot of tax for their civil duties”.

She went on: “One minute they want to be royals, the next they don’t.

“That baby is Princess Diana’s grandson. We should be able to see the christening.

“Harry wants it both ways. They’ve been ill-advised. The general public can’t work this out.”

He said: “I accept that it’s a private ceremony in a private chapel, but the late Princess Diana would have wanted Prince Harry to be more with the people.”

Fashion photographer Chris Allerton, who shot the wedding photographs of Harry and Meghan, said he was “honoured to take the official photographs at the christening” and to “once again, be part of such a special and joyous occasion”.

Archie wore a handmade replica of the royal christening robe created by Angela Kelly, dressmaker to the Queen.

The silver baptismal Lily Font was commissioned by Queen Victoria and Prince Albert in 1840 and has been a feature of royal christenings since its use in the baptism of their first child Victoria, princess royal.

“The original Royal Christening Robe, made of fine Honiton lace lined with white satin, was commissioned by Queen Victoria in 1841 and first worn by her eldest daughter.

“It was subsequently worn for generations of Royal christenings, including The Queen, her children and her grandchildren until 2004, when The Queen commissioned this handmade replica, in order for the fragile historic outfit to be preserved, and for the tradition to continue.”

Archie is seventh in line to the throne and not an HRH.

The Queen to lead the nation in marking 75th anniversary of VE Day
JOIN SILVERSURFERS AND... 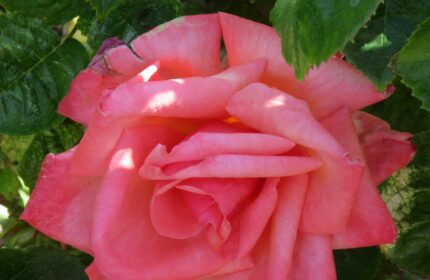