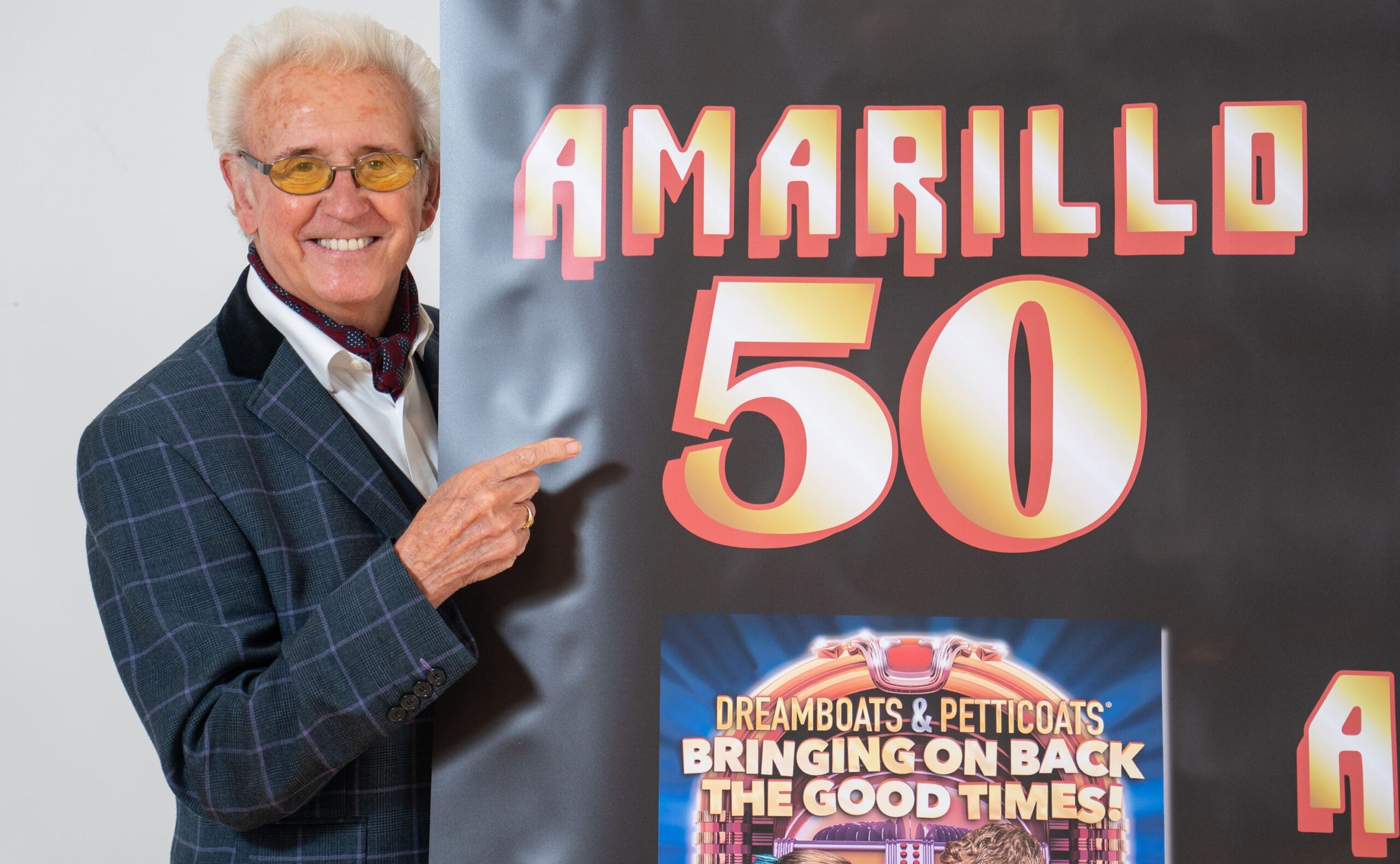 The song is marking its 50th anniversary.

Tony Christie has recalled how the wordless chorus of his biggest hit, (Is This the Way To) Amarillo, came about by chance.

The song, which was released in November 1971 and is celebrating its 50th anniversary this month, is known widely for its up-tempo beat and repeated refrain of “Sha la la la la la la la”.

On release it reached number 18 in the UK singles chart, but was a bigger hit across Europe where it went to number one in some countries.

A re-released 2005 version in aid of Comic Relief featured a video with comedian Peter Kay. It re-entered the charts and finally hit number one in the UK.

Christie told the PA news agency it was his manager Harvey Lisberg, whose other clients included Herman’s Hermits and members of 10cc, who was responsible for the famous chorus, which was originally used as a placeholder by songwriter Neil Sedaka.

The 78-year-old, real name Anthony Fitzgerald, told PA: “I had two hits in the charts and he (Lisberg) went over to New York to see Neil Sedaka. He went to his apartment and played him my records and said, ‘Would you have any song you are working on that would suit that voice?’

“So Sedaka sat at his piano in his apartment and played two or three songs. They tended to be ballad-ish. He said, ‘No, have you got anything more up-tempo?’ He said, ‘We are working on a great song at the moment but it’s not finished – we have not finished the lyrics’. Harvey said, ‘Can you play it to me?’

Christie, whose other hits include I Did What I Did for Maria and Avenues And Alleyways, joked that he wished he had recorded more songs like Amarillo across his five-decade career.

He said: “I always finish my show with it because it’s one of those songs… how can you follow it? It’s just that kind of song.

“I always say to people, ‘I wish I had got one of those every 10 years’. I would have been retired by now.

“They call them earworms.

“Whenever I sing that song, the audience, as soon as it gets to that Sha la la bit, they all sing and do the clap. No matter what age, they all know it. It is incredible.”

(Is This the Way to) Amarillo features on a new Dreamboats And Petticoats compilation album focusing on the 50s, 60s and 70s, alongside tracks by artists such as Roy Orbison and the Four Tops.

Christie, originally from Doncaster in South Yorkshire, said his grandchildren were especially proud of the song.

He said: “Everybody in the world seems to know it. Japan, China, everywhere. They all know that song. So I am very proud of it. It did a lot for me and my family so I am really proud of that song.

“Particularly my kids and grandkids are very proud of it. They mention to their school friends, ‘That’s my grandad’. We have a normal life off-stage so it is great.”

Dreamboats And Petticoats Presents Bringing On Back The Good Times is available online now.