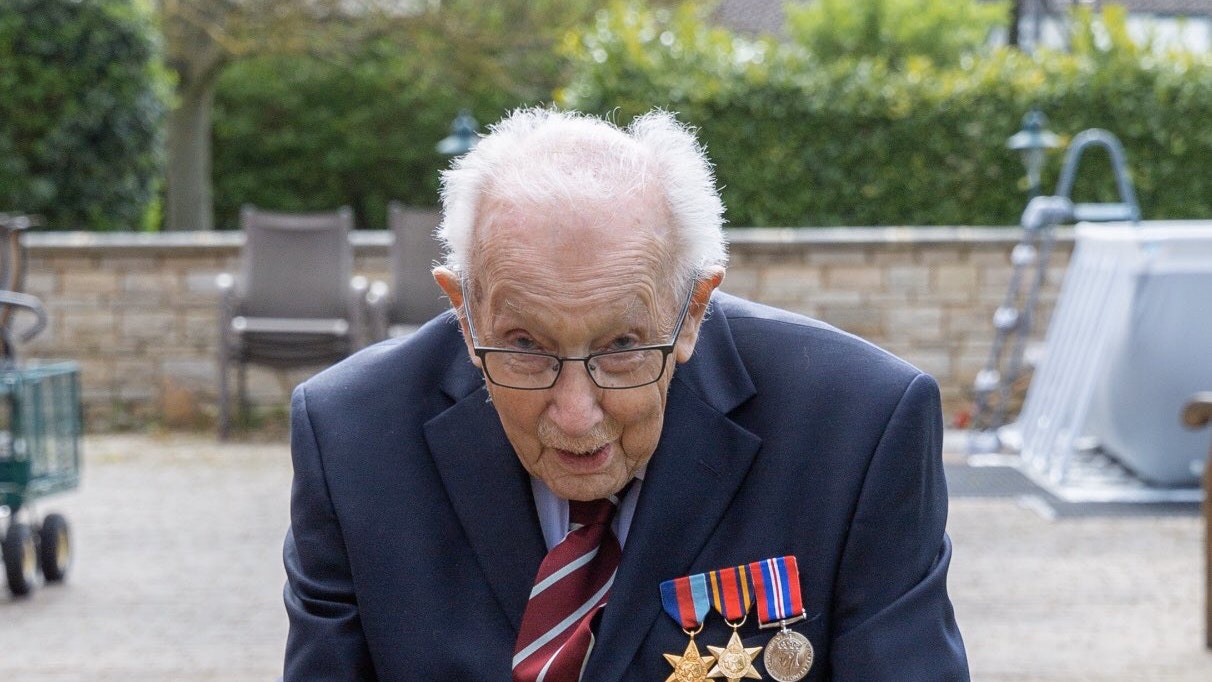 A 99-year-old army veteran has set himself a challenge to walk 100 laps of his garden before he turns 100.

A 99-year-old veteran has raised more than £4,000,000 for the NHS after setting himself a challenge to walk 100 lengths of his garden.

Tom Moore is aiming to walk 100 lengths of his Bedfordshire garden before he turns 100 years old on April 30.

Originally planning to raise £1,000 for the NHS, Mr Moore has now raised 4,000 times the amount of his target.

He told BBC News: “It seems almost like fairy land to think that we started off at 1,000 to a sum of money that’s not believable, is it?”

Mr Moore is ahead of schedule with his walking, now hoping to finish the challenge by Thursday.

On reaching the latest milestone, the Twitter account for Mr Moore said: “We cannot wait to tell the news to Tom in the morning, he will not believe his ears!

“Thanks each and every one of you – we are in awe of you, but especially our frontline staff who need this now more than ever.”

Originally from Keighley in Yorkshire, Mr Moore trained as a civil engineer before enlisting in the army for the Second World War, rising to captain and serving in India and Burma.

His fundraiser has led more than 200,000 individual donors to sponsor him for his 100 laps. 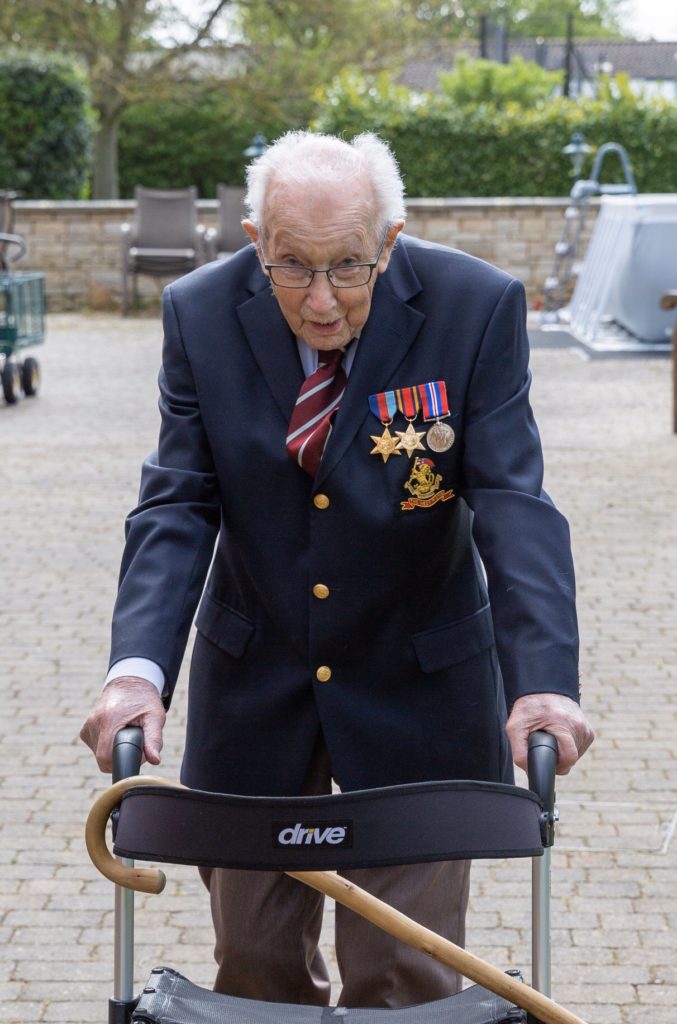 Mr Moore, who recently had a hip replacement, told the BBC: “I never imagined anything like this, but I’m so pleased, and I hope it just goes on because the services I got from all these doctors and nurses was absolutely outstanding.

“And they’re such nice people too.” 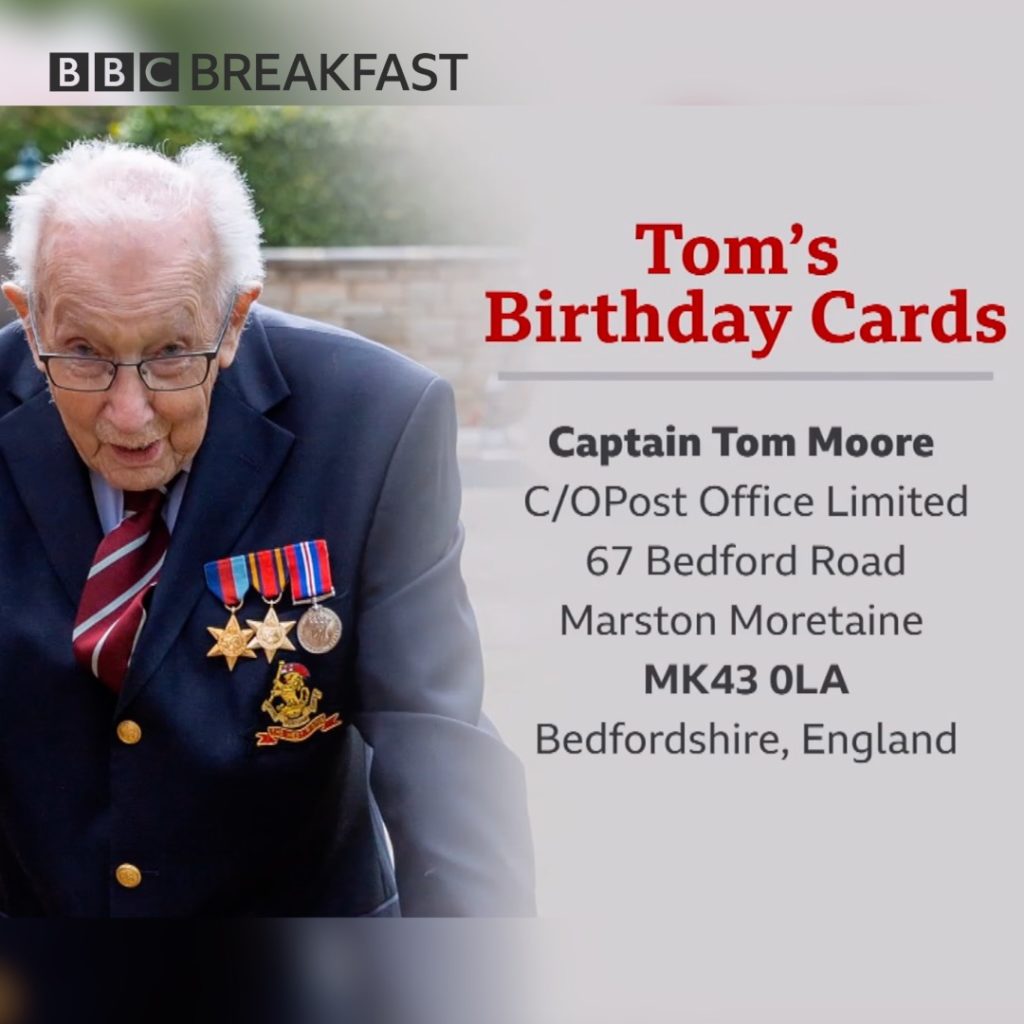 Ahead of his 100th birthday, you can send him a birthday card here

Donations to NHS Charities Together can be made at www.justgiving.com/fundraising/tomswalkforthenhs