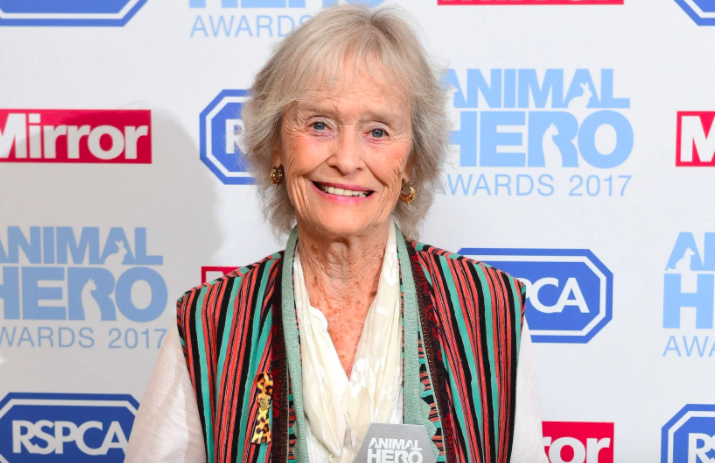 Virginia McKenna has hailed the “life-changing experience” she had appearing in the film Born Free as she celebrates her 90th birthday.

The actress and wildlife campaigner starred in the 1966 film, which was set in Kenya and featured scenes with lions, alongside her late husband Bill Travers.

The pair later founded their own wildlife charity in 1984 which was named after the film.

McKenna, who turned 90 on Monday, said starring in Born Free “certainly was a life-changing experience”.

McKenna and Travers “said yes straight away” after being asked if they wanted to star in the film.

“We jumped up and down like school kids, we were so excited. It was just the challenge of it,” she added,

The experience of travelling to Africa and working with animals helped foster a love of wildlife. We were “for ten and a half months out at 6.30, 7 o’clock to walk with the lions on the plains for an hour before we came onto the set with them having got rid of some of their energy”.

“We got to know the individual animals we worked closely with very well,” she added.

“They trusted us, we learnt their body language, we learnt how to read the signs of when actually we shouldn’t push this any further.

“We just got to understand them as they did us.”

The Born Free charity campaigns for animals to remain free from captivity and promotes the protection of endangered species and natural habitats.

McKenna said she is pleased to have seen the cause of wildlife protection being passed on to the next generation.

“As I come to the end of my life, I could not be more thrilled that this way of looking at creatures that feel has been handed down,” she said.

The actress also reflected on how she views her life and career to date.

McKenna added: “I would never use the word proud.  I’m grateful, rather, that we had the opportunity to sow a seed.”

Lionel
2 days ago
1
Thanks for voting!
She always was, and remains today, utterly gorgeous.

Not a sign of facial filler, just a few well earned wrinkles.

Good on yer, Virgie, you're a smasher!
ReplyFlag as inappropriate