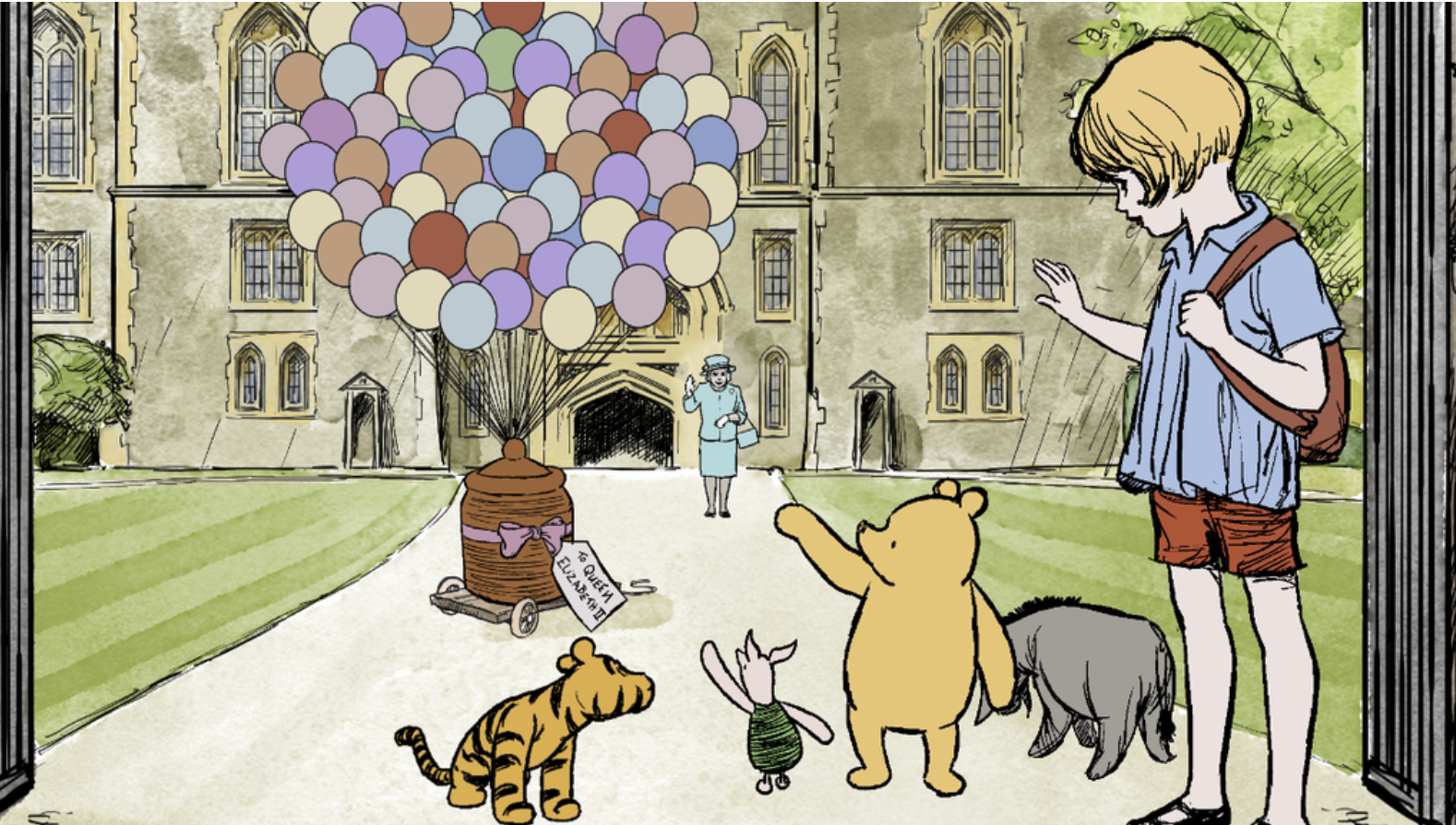 The story sees Pooh and his friends deliver a gift to Windsor Castle.

Winnie the Pooh pays tribute to the Queen in a new animation released to celebrate the fictional bear’s 95th anniversary and the same birthday milestone reached by the monarch this year.

The 45-second clip, titled Winnie The Pooh And The Royal Adventure, sees Pooh travel from the Hundred Acre Wood to Windsor Castle with friends Christopher Robin, Piglet, Tigger and Eeyore to deliver a special present for the Queen.

The group give her a giant pot of honey attached to 95 colourful balloons.

Created by Disney artist Kim Raymond, the animation draws inspiration from the work of EH Shepard, who created the illustrations for author AA Milne’s original books.

The short film will also feature a brief glimpse of the Queen and celebrate the stories’ themes of “timeless charm, friendship and simple joys”.

October 2021 marks 95 years since the publication of the first Pooh book, while the Queen turned 95 on April 21, four days after the funeral of her husband, the Duke of Edinburgh, at Windsor Castle.

Pooh first met the Queen five years ago in the story Winnie The Pooh And The Royal Birthday, which marked their shared 90th birthdays.

Raymond said: “It’s always an honour to draw Winnie the Pooh, and even more so when in the company of Her Majesty the Queen. I have drawn Pooh Bear for over 30 years and continue to be inspired by the classic works of EH Shepard.

“Disney wanted to create a touching story befitting of the world’s most loved bear, who, for over 95 years, has touched the hearts of millions.

“I sincerely hope fans enjoy watching Winnie The Pooh And The Royal Adventure as much as I enjoyed creating it.”

Disney’s Tasia Filippatos said: “Winnie the Pooh stories hold a unique place in the hearts of so many around the world.

“The themes of friendship and simple pleasures are more relevant than ever 95 years on and we’re delighted to share this new tale to help fans celebrate his milestone birthday.”

viking
3 days ago
0
Thanks for voting!
Just waiting for the first blast from Wokers who will have gone through every sentence & word of WtP with a fine tooth comb to see if they are able to exasperate the rest of society.
Why can the majority in this country not have a society to oppose Wokers ??
ReplyFlag as inappropriate