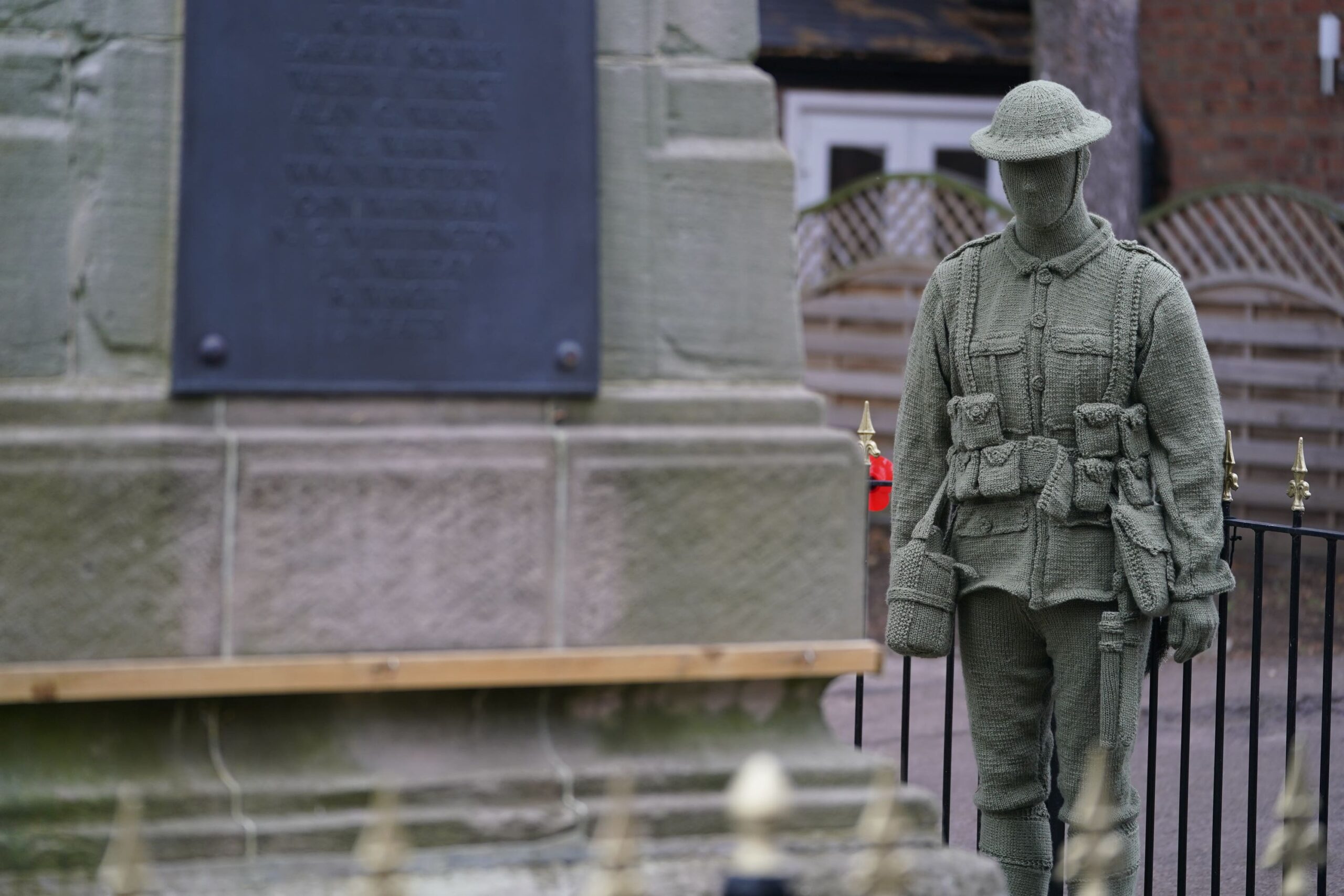 The mysterious artist’s work is on display in Syston, Leicestershire.

A life-sized knitted soldier has been placed at a war memorial thanks to an anonymous crafting enthusiast known only as Knitting Banksy.

The work has been positioned next to the War Memorial Clock Tower in Syston, Leicestershire, ahead of Remembrance Day on Thursday.

The identity of the artist is not known, but she has built up a level of fame thanks to her creations – including her post box toppers – which have been popping up around the Leicestershire town for the last two years.

Among the works she has placed atop local pillar boxes include tributes to the Queen, FA Cup winners Leicester City and actor Stephen Graham, as well as a bust of a soldier for last year’s Armistice Day.

Now she has gone one better by creating an entire life-sized soldier out of wool.

She told the BBC she was choosing to remain anonymous so she could “stay in the shadows”.