Menu
Articles
Articles Entertainment & NewsWorld Environment Day: 5 of the most biodiverse regions – and the animals you’ll find there 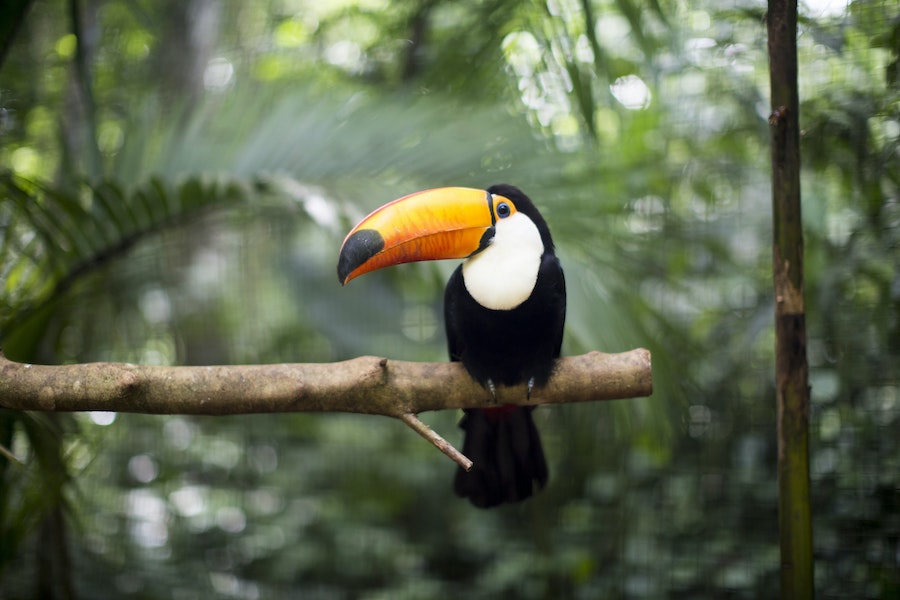 Biodiversity can be a tricky beast to pin down.

Depending on which source you look at, there are 17 ‘megadiverse countries’, 36 ‘biodiversity hotspots’, and 200 ‘ecoregions’. Assessment criteria vary, but whichever way you slice it, there are a few locations that are always up there in the ecological top tier.

To mark World Environment Day, here are the most biodiverse regions across the globe – and the remarkable wildlife they contain…

A large, luscious island off the East African coast, Madagascar split from the mainland many millions of years ago, and has been evolving solo ever since. The country stocks more endemic species than any other nation besides Brazil (which cheats slightly by being enormous), and around 90% of its wildlife is confined to its shores, according to WWF,

Lemurs have long been the poster children for Madagascan wildlife (and not just because of the movie), from the fan favourite ring-tailed lemur to the faintly demonic-looking aye-aye. Unfortunately, they’re also now poster children for extinction, as 90% of the 100-odd lemur species are said to be endangered.

It’s not just the fauna that’s unique, and one of Madagascar’s main tourist attractions is the so-called Avenue of the Baobabs. Like two different trees stitched together – sequoia at the bottom, bonsai at the top – the bizarre-looking baobabs soar above the landscape, their thick trunks like austere classical columns.

The island is so rich in life that new animals are still discovered almost monthly. Between 1999 and 2010, scientists identified 615 new species, including 61 reptiles and 41 mammals, WWF say.

The island of New Guinea – including Papua New Guinea and Indonesian neighbour West Papua – hosts the world’s third largest rainforest, and it’s packed to the gills with exotic creatures great and small. Expect beetles as big as your fist, rats larger than domestic cats, and the widest array of orchids found anywhere on the planet.

Among the world’s premier wildlife-watching destinations, Costa Rica accounts for 0.03% of the world’s land mass, but racks up a whopping 6% of its biodiversity. Cloaked in a thick layer of jungle, the country is an ecological jack-of-all-trades, with mysterious mammals and outlandish amphibians.

Tapirs prowl the forest floor, their anteater-esque snouts probing the undergrowth for food, while ocelots and coatimundis slink from trunk to trunk hunting small rodents and reptiles.

Sloths and capuchins patrol the lower branches, while some stretches of beach host hordes of nesting sea turtles at certain times of year. Eagle-eyed visitors might even spot a basilisk – quite unlike its Hogwarts-based namesake, this small lizard moves so quickly it can literally walk on water.

The mighty jaguar sits atop the food chain, but Costa Rica’s most iconic species is no larger than the palm of your hand. The red-eyed tree frog has become the mascot of Costa Rican tourism, thanks to its vibrant colour scheme and great, gormless eyes.

Brazil is nearly eight times the size of Costa Rica, Papua New Guinea, and Madagascar combined, so it’s hardly a fair comparison, but going purely by the numbers it’s the world’s most biodiverse nation by a country mile.

According to the UN, Brazil hosts 120,00 invertebrates, 9,000 vertebrates, and more than 4,000 species of plant, accounting for 15 to 20% of the world’s total biodiversity. Many of the world’s most loved and feared creatures dwell beneath the Amazonian canopy – piranhas, jaguars, capybara, anacondas, caiman, manatees, toucans… the list goes on.

With great biodiversity comes great responsibility, and last year satellite data revealed that an area of rainforest the size of a football pitch was being lost every minute. One can only hope Brazil does not lose its chart-topping status in years to come.

When you imagine Australia, you probably picture the arid, empty outback, populated by cattle skulls and swirling orange dust, but the land down under snags a spot on this list for its extraordinary rate of endemism.

Childhood favourites like koalas and kangaroos are among a host of Australia-only animals, including 94% of amphibians, 93% of flowering plants and 93% of reptiles, according to the Australian government.

Australia has a similarly strong hold on the marsupial class, and deceptively cute critters like the quokka, numbat, wombat, Tasmanian devil and quoll are all found nowhere else.

Naturally best in show is the duck-billed platypus, a practically prehistoric beastie which joins the echidna as the only mammals on Earth to lay eggs.

Natasha Kaplinsky and her letters from lockdown
JOIN SILVERSURFERS AND...