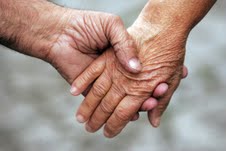 Urgent action is needed by governments to address the needs of the world’s growing ageing population, a United Nations report has found.

The population of over 60-year-olds will reach one billion within the decade and pose social and healthcare challenges, the Ageing in the Twenty-first Century report said.

Among the most urgent concerns of older people worldwide is income security and access to healthcare, the report said.

“The global economic crisis has exacerbated the financial pressure to ensure both economic security and access to health care in old age,” the report, which was released today, said, adding: “Investments in pension systems are seen as one of the most important ways to ensure economic independence and reduce poverty in old age.”

The report suggest that healthcare for older people should include preventive, curative and long-term care.

“A lifecourse perspective should include health promotion and disease prevention activities that focus on maintaining independence, preventing and delaying disease and disability, and providing treatment,” it said. “Policies are needed to promote healthy lifestyles, assistive technology, medical research and rehabilitative care.”

The report also said more must be done to expose and prevent discrimination and violence against older people, especially women.

Thirty years ago there were no “aged economies”, in which consumption by older people surpassed that of youth. In 2010, there were 23 aged economies and by 2040 the report expects that there will be 89.

“Concrete, cost effective advances will come from ensuring age investment begins at birth – fully recognising the vast majority of people will live into old age,” Mr Blewitt said. “By revolutionising our approach and investing in people as they age we can build stronger, wealthier societies.”