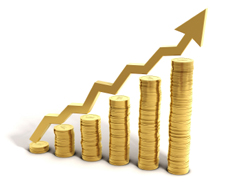 Choosing the right annuity to boost your income…

Many savers are delaying converting their pension pots into an income at their retirement hoping that payouts could increase in the future, may be risking being thousands of pounds worse off some new figures show.

Aston Goodey, Distribution and Marketing Director at MGMAdvantage comments: “If you are considering buying an annuity this year, then for some customers it maybe more beneficial to buy sooner rather than later, if indeed rates continue to fall.”

The Annuity Index reveals the difference in retirement income between the top enhanced annuity rates and bottom standard annuity rates for those aged 65+ with a £50k pension pot, is 43%for men and 46% for women.

Aston Goodey continues: “With annuity rates unlikely to go up in the near future, there could be a cost to delaying the purchase of your annuity. The impact of Solvency II which is a European measure that will raise insurers capital requirements will add pressure to the rates offered to savers in retirement. This plus the billions of pounds being pumped into the British economy to buy gilts has affected annuity rates.  Combined with the forthcoming EU Gender ruling which, from December, will stop insurers paying men higher annuity rates, means that if you are going to buy an annuity – then you might wish to consider buying now before rates potentially come down further.”

Choosing the right annuity will definitely boost income. When savers approach retirement, their pension provider will offer an annuity deal but savers should definitely shop around to see which is the best deal on the market rather than just taking what is being offered to them.

Anyone considering deferring their pension could be disappointed according to Matt Trott head of annuities at LV “All the factors that affect annuity rates are crushing hopes for any improvement in the next three to five years. the outlook is not good.”

Do you have any advice to other Silverhairs members on Annuities?