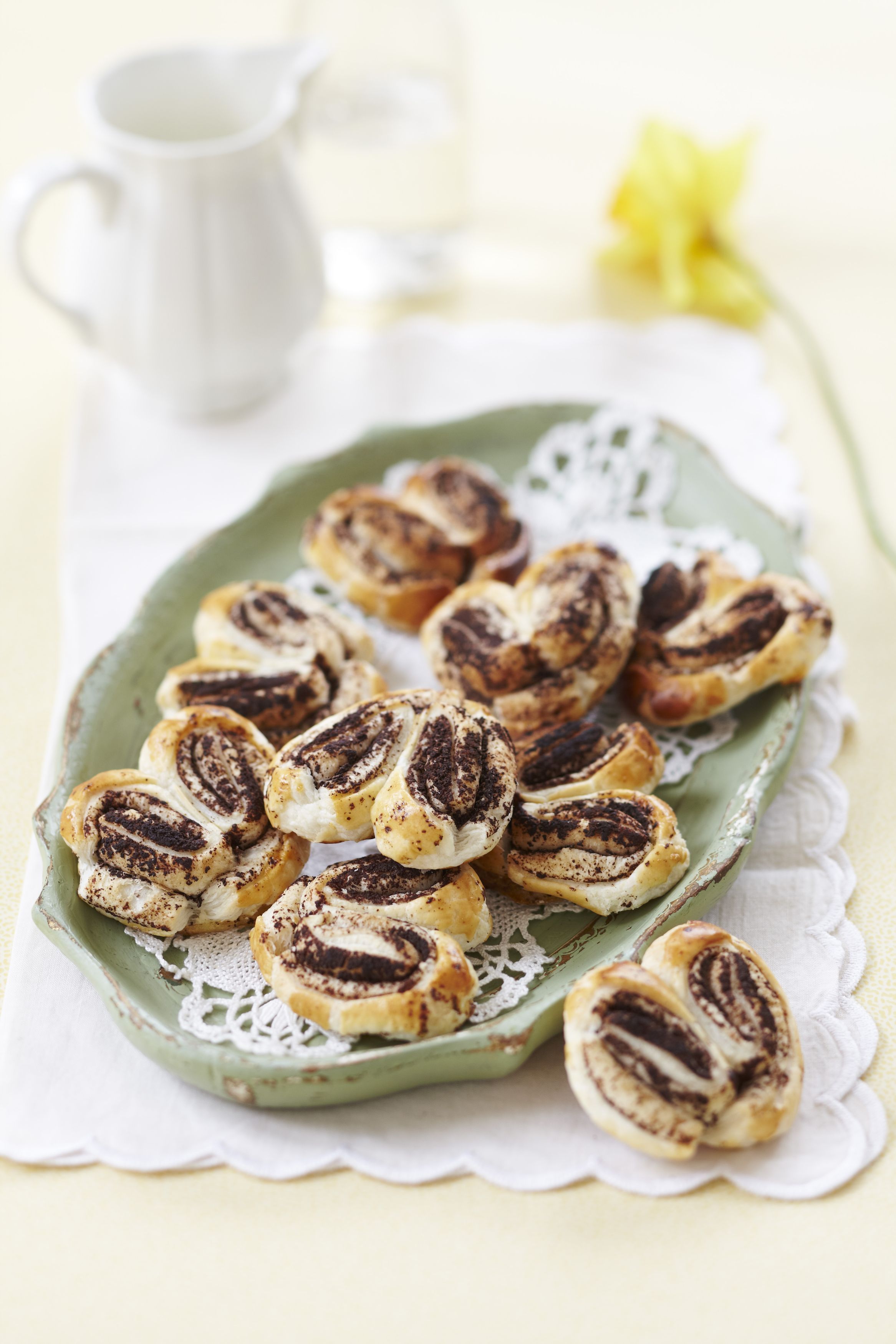 Baking cakes isn’t all sweetness and light for master chocolatier Christine Taylor, when there are kitchen fires and swearing celebrities to deal with. Keeley Bolger glimpses life for the Choccywoccydoodah creator.

When you’re a chocolatier tasked with serving up a show-stopping cake for actress Whoopi Goldberg in an unfamiliar kitchen with unfamiliar ingredients, bad things can happen. Things like setting fire to said kitchen.

“I went over to New York to bake cakes for Whoopi Goldberg in some lovely community kitchens,” says Choccywoccydoodah star Christine Taylor. “I used to bake in commercial quantities – it was a long time ago, but I thought it would be like riding a bicycle. It was disastrous. I set fire to the kitchen.”

Taylor is back on the Good Food channel for Choccywoccydoodah: Starstruck – the fourth series of the fly-on-the-wall programme – which will see her and the team challenged to make kooky confections for famous customers in the UK and the US. The creations will then be presented before the star at a lavish party.

This is all a world away from Taylor’s original Brighton chocolate shop and bakery Choccywoccydoodah, which was born after a drunken night out 17 years ago. Since then, the business has gone from strength to strength and the show has been a mainstay on the Good Food channel for the last few years.

Although Choccywoccydoodah: Starstruck will take the team away from their beloved Brighton kitchen and into new premises each week to bake their cakes, there will be plenty of the familiar faces who have made the show such a hit.

Taylor’s namesake and financial director Christine Garratt will be back to rein in Taylor’s spending. And then there’s chief designer Dave Ratcliffe, whose professional dreams come true when he creates a cake for a very special female author.

But it’s all in a day’s work for creative director Taylor and her team who have also served up cakes for Kylie Minogue, Simon Cowell and Johnny Depp.

And then there was Whoopi Goldberg, who Taylor describes as “funny and warm”, as well as a fellow lover of fruity language.

“I’m quite fond of a four-letter word and so is Whoopi so we got on quite well. And not all those four-letter words are ‘cake’! At the very last minute it went to plan but Whoopi will never know – until she watches it – that it almost didn’t!”

Taylor, who has opened a London branch of Choccywoccydoodah, may have met her swearing soulmate in Goldberg but for Ratcliffe, it was writer Jackie Collins who got his pulse racing.

“Jackie Collins is Dave’s icon of all time,” says Taylor. “It was his lifetime ambition to not only meet Jackie but to actually create something that would impress her. Her cake was such a labour of love. It had its trials and tribulations but ultimately she was blown away and Dave was made into a very happy man. That was a love story.”

While Collins was “charming” and Goldberg was “irreverent”, one famous designer was a little trickier to please.

“On the whole, people are just people,” says Taylor. “You put them in the world of cake and chocolate and they are like everybody else. They talk to me through a mouthful of Jelly Babies and chocolate buttons.

“I wouldn’t say that Julien Macdonald was a diva but he was very entertaining… He challenged us to make the wedding cake for his best friend Grace Woodward. The pressure was on him to get this right.

“He has a rule that he won’t make wedding dresses. He certainly won’t make a wedding dress for someone he knows, but she somehow manipulated him into agreeing. And I think that stressed him.

“Then he agreed to challenge us to make her wedding cake. But it wasn’t within his control.”

Pleasingly, Macdonald, who Taylor said made her laugh, was “almost happy” with the end product.

Whether you’re a chocoholic, or only indulge your sweet tooth occasionally, these three recipes will give you a taste of Choccywoccydoodah goodness…

Whisk the egg whites until they resemble stiff peaks. Gradually whisk in the sugar a spoonful at a time.

Fold in the cocoa and almonds, reserving a few nuts for topping the ‘rocks’.

Put small spoonfuls of the mixture on a baking tray lined with parchment paper or a heatproof Teflon mat. Bake for about 15 minutes until set and leave to cool on the tray.

Melt the chocolate in a bowl, and using a piping bag or fork, drizzle the rocks with melted chocolate. Scatter with the reserved nuts.

Plain flour, for rolling out the pastry

2tsp cinnamon, or other spices according to taste

Egg or milk to glaze

Heat oven to 220C/200C fan/gas mark 6. Roll out the sheet of puff pastry on a well-floured surface until you have a rectangle about the thickness of a £1 coin.

Grate the chocolate over it and add the cinnamon or other spices and the sugar.

With the short end facing you, roll one long side of the pastry like a Swiss roll from one side to the middle then repeat, rolling from the other side to the middle, so that you have two tight rolls that sit next to each other, joined.

Brush with egg or milk. If you have time, chill in the fridge for 20 minutes to make it easier to cut and then slice into 1cm slices and pull the ends out like a tulip.

Place the slices flat on a baking sheet, well apart, and bake for 10 minutes, or until golden brown. Allow to cool before eating.

Melt the chocolate on a low heat in a microwave or in a heatproof dish over a pan of boiling water. Transfer to a prettier dish if you wish.

Dip a strawberry in Champagne, then icing sugar, then the melted chocolate.

Eat immediately, before the chocolate sets.