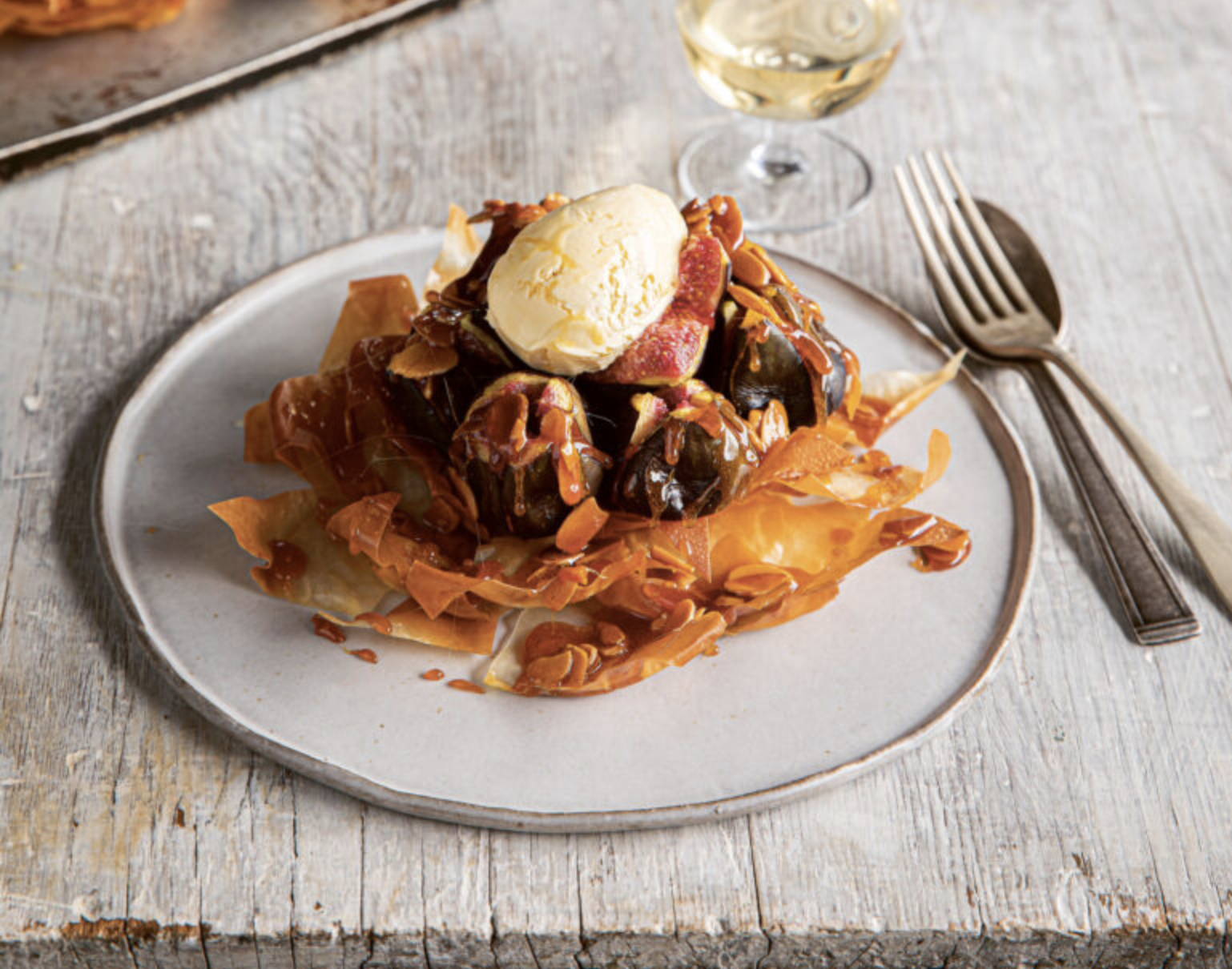 Filo and figs are a perfect match. 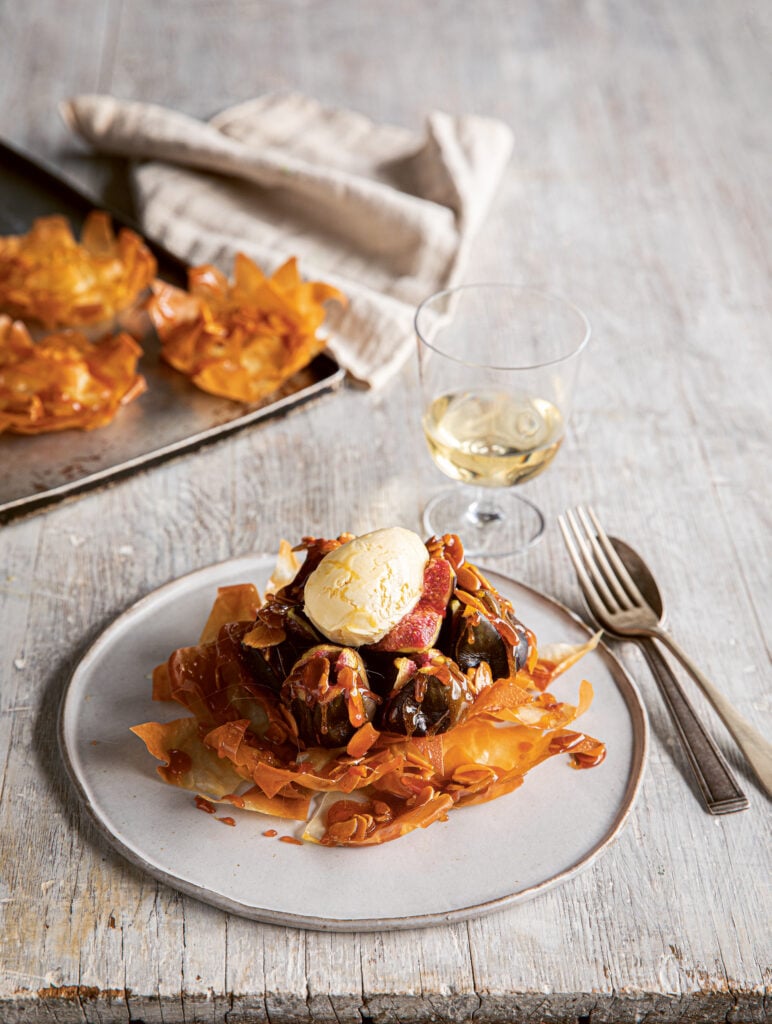 On a lightly floured surface, cut out 12×12 centimetre squares from the filo pastry. From the remaining pastry, cut out eight discs, using a five centimetre round cutter.

Brush one filo disc with melted butter on one side and place it butter-side down into a tart tin. Lightly brush three of the filo squares on both sides with melted butter, then cut them in half into triangles. Arrange the triangles evenly on the disc like petals, then seal them with another filo disc on top (this will ensure light, flaky and crisp croustades). Repeat to assemble the remaining three tart shells.

Bake the tarts for eight to 10 minutes until crisp and golden, then carefully place them on a wire rack to cool. Remove from the tins once cool.

Put the sugar in a non-stick frying pan over a medium heat; do not stir but carefully swirl in the pan until the sugar is brown and caramelised. This should take about three to four minutes. Toss in the almonds to coat them.

Make your own edible gifts

Caponata on Toast with Buffalo Mozzarella